ABC at TCA:  Putting the Swagger Back in Broadcast Television 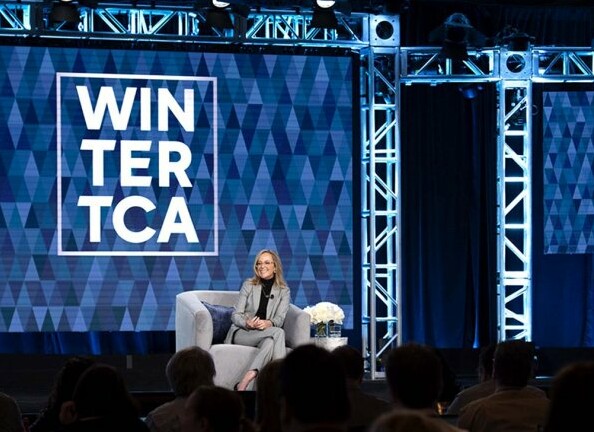 Pasadena, CA -- Throughout its day at the Winter 2020 Television Critics Association tour, ABC reinforced a message articulated by its entertainment president Karey Burke during her session that morning:  ABC’s goal is to put the swagger back in broadcast television.  The declaration couldn’t have come at a better time, because at the summer and winter tours in recent years, broadcast has largely come up short when compared to the programs and presentations by cable networks and streaming services.  This has had as much to do with broadcasters showing reduced enthusiasm for the twice-yearly TCA gatherings as with what had been the medium’s tiring adherence to old-school sitcoms and crime dramas.

ABC reversed course on all that during its day here.  Clearly supercharged by an influx of Fox executives last year, the network came to TCA to win, so much so that its day felt like one from the TCA of old, when networks always pulled out all the stops and treated these tours as critically important to their success.  The panels ABC presented ran the gamut from a session with the cast of the long-running hit Modern Family (credited by Burke for revitalizing the network’s robust comedy brand), which was preceded by a lavish Parisian breakfast to promote an upcoming episode in which characters travel to the City of Lights, to a session with beloved Jeopardy! host Alex Trebek and champions James Holzhauer, Ken Jennings and Brad Rutter, on hand to talk about the show’s multi-night primetime competition this week, to cocktails with “Pilot Pete” Weber of The Bachelor, during which roses were handed out to anybody who cared to receive one.  (Side note:  In an acknowledgement of the power of out-of-home advertising, as well as the career of its latest star, ABC has an enormous rooftop billboard promoting The Bachelor in place near LAX, visible from planes as they take off and land at the airport.)

The day also included panels for the upcoming drama series For Life (produced by Curtis “50 Cent” Jackson, who made clear that his show was going to be “big”), the sitcom United We Fall and the romantic comedy The Baker and the Beauty (based on the Israeli comedy series Beauty and the Baker).  The latter was followed by a snack break featuring Cuban-style baked goods.  There was also a themed lunch on behalf of The Conners featuring comfort food that might be served at the Lunch Box, the diner Roseanne Conner owned and operated during the run of the original Roseanne in the ‘80s and ‘90s.  There was even some drama (and some sobering perspective) in the day, as Trebek candidly discussed his ongoing treatment for pancreatic cancer and Beauty and the Baker star Nathalie Kelley spoke with great passion about the devastating fires in Australia.

The day was topped off with a party at the Langham Huntington Hotel that started early and ran late, with several stars and executives among the last to leave.

It was a successful day by any definition, but the tone was certainly set by Burke at the top, who wisely made several exciting announcements, giving the hundreds of journalists in the room actual news to write about.  Among the notable announcements:  The network’s next live musical special will be Young Frankenstein, telecast right before Halloween; there will be a live episode of The Conners on February 11, the night of the New Hampshire primary, during which characters will react to real-time information; a “sequel” (the perfect description) to ABC’s iconic ‘80s angst-fest thirtysomething is in the works, titled thirtysomething(else); there will be even more narrative and relationship crossovers between Grey’s Anatomy and spin-off Station 19 in the months ahead; Jimmy Kimmel will produce and host an eight-episode celebrity edition of Who Wants to Be a Millionaire to mark the 20th anniversary of that game show (a genuine phenomenon on ABC when it first began), and a fourth show in the burgeoning Bachelor franchise, titled The Bachelor: Listen to Your Heart, will debut April 13.  “Think The Bachelor meets A Star is Born,” Burke explained.  “It will serve as a spring bridge between The Bachelor and next summer’s Bachelorette.”

In addition to the Academy Awards in February and the Emmy Awards in September, ABC also has another special with daredevil Nik Wallenda coming in March, the NFL Draft in April, and another installment of the Jimmy Kimmel/Norman Lear franchise Live in Front of a Studio Audience in May.”

ABC, Burke said, is all about creating big, culturally impactful entertainment events that deliver enormous audiences.  Going forward, she added, look for at least one “big tent-pole event” per month.