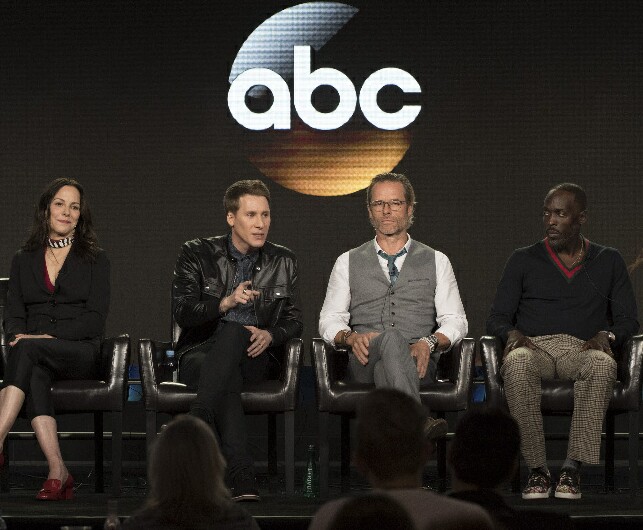 Pasadena, CA – When critics look back on the most important programs of 2017 two that will undoubtedly rise to the top are ABC’s upcoming limited series When We Rise and the third season of the network’s outstanding franchise American Crime. The former takes a deep dive back to the early years of the AIDS crisis, when tens of thousands of Americans were mercilessly struck down by a “new” disease that nobody understood, fueling fresh waves of prejudice against the gay community (long before the arrival of the Internet). The latter, in keeping with the narrative thrust of its first two seasons, will once again explore current (though hardly new) social issues that continue to tear the country apart in other ways (with an assist from the Internet).  Both of these programs are passion projects from writers who have been honored with Academy Awards.

In the days of old, when there were far fewer television options and the Big Three were bigger and bolder than they tend to be today, both of these programs would have sparked a robust national dialogue and more than a few heated debates.  As such, these difficult and demanding projects represent something entirely uncommon for scripted broadcast fare, which makes the fact that ABC has committed to both of them within the same television season all the more significant.

When We Rise, which was written and executive produced by Dustin Lance Black (Milk), is about LGBT activists who tackled the seemingly impossible when HIV and AIDS were shrouded in mystery, fear and, in some places, growing disdain for those afflicted.  It is an eight-hour production that will run over four nights beginning Feb. 27 with a cast that includes Guy Pearce, Mary Louise Parker, Rachel Griffiths, Rosie O’Donnell, Carrie Preston and Michael Kenneth Williams. (Parker, Black, Pearce and Williams are pictured at top.)

Black spoke movingly about the passion of activists in general and the people upon whom this story is based in particular. “There is selflessness in the folks who seem to be able to survive the ups and downs of being involved in the movement,” he said.  “They have an understanding, which I hope the show conveys, that you’re going to face not just a backlash from the outside, but from within your own community, and that has to also be survived.  These are incredibly unique, strong, special people.  I do hope that a new generation looks to these people for inspiration, and that we can we find more leaders like this who are able to work in these movements for broader social justice their entire lives. We need those people now more than ever.  I thought this was the time when we needed to show that you can live a life of purpose and survive and thrive. That is what these real-life people did, and I do hope that they inspire a new generation." (A scene from When We Rise is pictured below.) 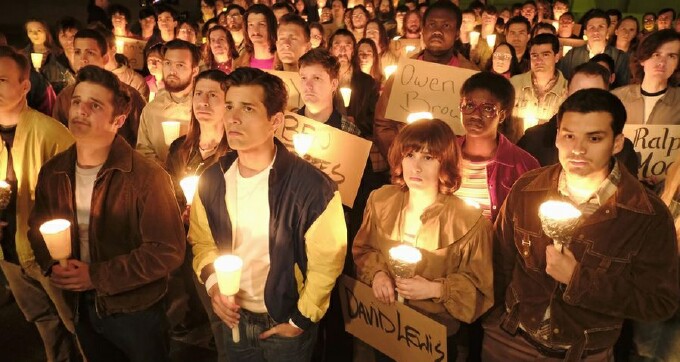 Asked if he thinks the current “younger generation” knows what happened in the AIDS movement 40 years ago, Black bluntly replied, “No, they don’t.  One of the many reasons that a new generation ought to see When We Rise is to understand that they have forefathers and foremothers who have been fighting for them for me time.  For some young people, they need to know that because they’re living in areas where they don’t find a lot of acceptance.  For others, what they need to see is that over the course of any social justice movement, there is backlash. You see that several times in this series.

“I grew up in the South,” he continued.  “I grew up in a religious home. I grew up in a military home. I grew up in a conservative home.  My family is still religious and Southern and conservative, and I love them, and I treasure them, and I treasure much of what I learned and how I was raised in that world. And so I wrote this for my cousins and my aunts and my uncles and my family.  I wrote that for my family from that other America to say, ‘Hey, we’ve got more in common than you think, and we can actually speak the same language.’  That’s why I thought ABC was important because, historically, ABC has been the network that we trust to tell us family stories.”

Questions about how When We Rise will be accepted at this particularly turbulent time in our history led to talk of polarizing President-elect Donald Trump.  “Let’s be real,” Black said. “I think there are a lot of people who voted for Donald Trump who will love this show, and so I don’t see this as a show that’s only trying to speak to half the country.  That’s not what it is about.  I didn’t write this show for half a country.  I think if Donald Trump actually watches this show, he might like [it].”

One can only wonder what Trump will think of season three of American Crime, which delves into the plight of illegal immigrants, labor issues, economic divides and individual rights, among other urgent and timely issues.  It stars many members of the series’ repertory company, including Felicity Huffman, Regina King, Lili Taylor, Timothy Hutton, Richard Cabral, Connor Jessup and Benito Martinez. 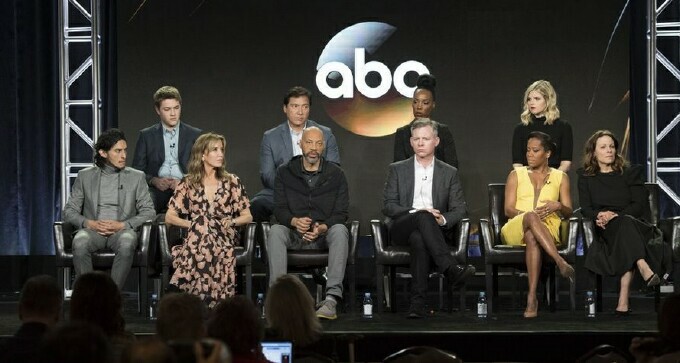 “There are so many voices out there that normally are not given any kind of a platform,” said series creator, writer and executive producer John Ridley (pictured above, front row third from left, with cast members). “To look at the work that we’ve done, have the opportunity to actually look back on three seasons and try to identify spaces in the social system, the connectivity that is in and among us that oftentimes we’re not even aware of ourselves, and try to represent a cascade effect between the things we do and the people that we may not know but whom we affect, I think is what we try to accomplish --  and to do it in a way that is representative of the country that we live in.”

Ridley was quick to note that the issues raised in season three of American Crime, while timely, are not new.  “The issues that are out there, they’ve been out there,” he noted.  “They are always there.  There’s an infrastructure in place that unfortunately allows these things to continue.  So this story would have been told irrespective of who was in the Oval Office.  Immigration, that conversation is not new and it’s not relegated simply to the United States of America.  It’s happening everywhere, and this show, even though it’s called American Crime, it plays across the world. So if we’re not engaging all people and being observant rather than preaching and proselytizing, then we’re not doing our jobs.”