ABC’s Channing Dungey on Changes at “The Bachelor,” “Star Wars” and More 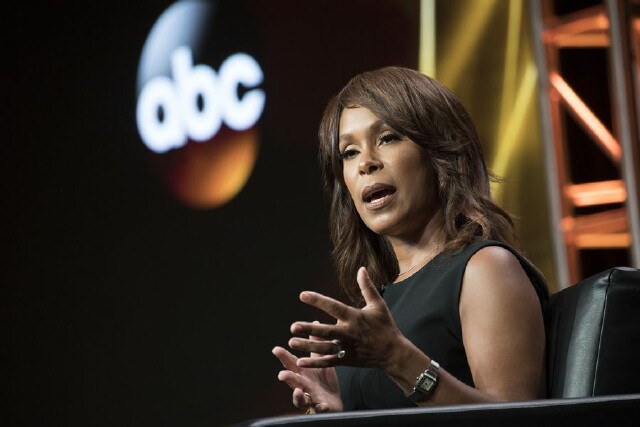 Beverly Hills, CA – New ABC Entertainment President Channing Dungey appeared on stage for the first time yesterday at a Television Critics Association Tour. She admitted to feeling nervous about it, but then she did the very best thing a network entertainment chief can do when appearing at a TCA – she started her session off with a series of announcements that had everyone taking down every word she said. They included the renewal of all of the network’s Sunday night game shows (collectively one of the nicer developments on broadcast television this summer) and the development of a new drama for 2017 about a television producer who runs afoul of police corruption titled “Ten Days [in the Valley]” starring Emmy winner Kyra Sedgwick.

Also, ABC wisely scheduled a session for the new political thriller Designated Survivor, starring Kiefer Sutherland, before the session with Dungey, so that set the tone for a pleasant and productive morning. (Sutherland, who knows how to work with the press, is a long-time favorite of the TCA.)

ABC’s day was largely positive, with successful sessions for the upcoming sitcom Speechless (about a family with a special needs child), the new legal procedural drama Conviction (starring Hayley Atwell, another TCA favorite because of her portrayal of the title character in the much-admired Marvel’s Agent Carter) and returning comedy hit black-ish, along with a panel of comedy show-runners featuring producers from Modern Family, The Middle, The Goldbergs, Dr. Ken, Last Man Standing and The Real O’Neals. Critics were also kind to the unremarkable freshman comedy American Housewife. The only panel that wasn’t particularly popular with the press was the one for Notorious, not because of its cast (the sizzling Piper Perabo and Daniel Sunjata, among others) but because of its concept, which revolves around clashes, conflicts and collusions between media and law enforcement. It counts among its executive producers Wendy Walker, an executive producer of CNN’s late, lamented Larry King Live, and Mark Geragos, one of the better known criminal lawyers in the country. Geragos could not attend the session because he was in court and, according to executive producer and co-creator Josh Berman, "the judge told him if he tried to get out of his trial, he’d hold him in contempt."

Answering questions about Speechless – which will likely be one of the most talked about new series of the fall – Dungey noted that “it’s challenging to find a show that does what that show does so well, which is, you don’t feel when watching the show that it’s a show about a family with special needs. It’s a show about a family in which one of the members happens to have special needs. It’s a very slight distinction, but it’s a really important one, because what I think is so great about the show is that it still feels very universal, very accessible and very relatable. It’s smart and funny.”

Dungey was asked if, having had a Muppet show and two Marvel shows on ABC during the last two years, she could imagine developing a series off another Disney property, Star Wars. “As a fan, I would absolutely love to say yes," she excitedly replied. "We have had conversations with them. We will continue to have conversations with them. I think it would be wonderful if we can find a way to extend that brand into our programming.” (It’s worth remembering that The Muppets was a failure, Marvel’s Agent Carter lasted only two short seasons and Marvel’s Agents of S.H.I.E. L.D. has never become the hit it was expected to be.)

One critic wanted to know whether or not Dungey would encourage greater diversity in the Bachelor and Bachelorette franchises.

“I would very much like to see some changes there,” she replied. “I think one of the biggest changes that we need to do is we need to increase the pool of diverse candidates in the beginning, because part of what ends up happening as we go along is there just aren’t as many candidates to ultimately end up in the role of the next bachelor or bachelorette. That is something we really want to put some effort and energy towards.

“The show has been very much in a cycle where the first runner-up in one cycle becomes the person who leads the next cycle,” she continued. “It’s worked very well for us because the audience feels really engaged in helping to choose that candidate, so I think what we would like to try to do is just widen the pool of choices.”

Talk of ABC’s relationship-forming reality shows led naturally to a question about the network’s reaction to UnREAL, the Lifetime drama that savagely deconstructs the producing of a reality series not unlike The Bachelor.

“That’s a very interesting question, because I don’t think we’ve ever actually had a full network conversation about UnREAL,” Dungey said. “I enjoy watching it as a viewer, however. I think that those two women (the central characters played by Shiri Appleby and Constance Zimmer) are incredibly compelling.”