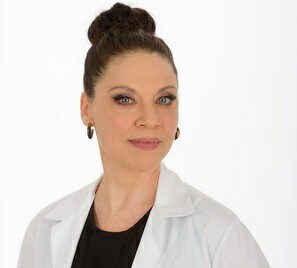 ABC’s “General Hospital” is exploding this week, with the kind of high-stakes, over the top storytelling that made it not only the top daytime drama of the late Seventies and most of the Eighties but also one of the network’s highest rated and most profitable shows overall, including prime time. Characters from five different decades are excitingly colliding as several long-running storylines are brought to wild climaxes and a few new ones are fired off like rockets over Port Charles.

As I watch I can’t help but think that if all of the soap operas on every network were as carefully constructed and expertly plotted during the last decade as “General Hospital” is right now – if they had all found a way to be as much fun as “GH” is today – the genre might not have been butchered in the way that it was a few years back, leaving fans with only four daytime dramas on three networks.

Further discussion of how and why “GH” is so freakin’ great right now is certainly warranted, but that’s not the reason for this column. Rather, the intent here is to bring attention to a very minor plotline in the show that was astonishingly factored in amid all the current full throttle madness that has “GH” looking better than it has in years. This subplot, it should be noted, offered a heavy dose of realism at a time when “GH” every week is serving up more crazy than a full season of “Scandal.”

The subplot centers on the plight of Jason Morgan, once a fine young man who aspired to follow his parents into a career in medicine until he sustained a traumatic head injury and became a robotic killer for the mob. More recently he was shot and presumed dead, but was actually being kept in suspended animation until another character on the show developed a protocol for bringing the almost dead back to life. Once Jason was fully re-animated, however, he was accidentally run over by a local mobster on the run, leaving him without his memory and in need of emergency operations including extreme plastic surgery to his face, plus weeks of medication and physical therapy.

It was all pretty unreal, as almost everything about “GH” tends to be when the show is at its best. Then along came Monday’s episode, in which the mad doctor Liesl Obrecht, who is the current chief of staff at the title institution, informed Jason – now known as “Jake” – that he is going to be discharged and is expected to pay his bill in full.

The bill is in the hundreds of thousands of dollars. Jake does not have health insurance.

With all the talk about the health care costs that has come flooding out of media outlets in recent years, and with the implementation of the Affordable Health Care Act last year impacting many millions of Americans -- some to their benefit, others not so much – one might have assumed that stories about egregious medical costs and people without health insurance would be a thing of the past by now. But that isn’t the case, in fiction or in real life, as “GH” reminded us on Monday.

I’m not suggesting that the “GH” writers were serving a political agenda when developing this plotline. But it reminded us all that health care in this country is still very much in crisis. The AHCA has certainly helped a few million Americans of limited means acquire some form of health insurance, but that progress has come at a considerable cost to everyone else, especially those of us who are self-insured (as individuals or owners of small businesses) but do not qualify for state or federal subsidies. (I speak from experience.) For people in that group, simply going to a doctor has become more complicated and costly than ever before.

Even a reference to burgeoning health care costs in an entertainment program is enough to make one shudder. That’s where “GH” performed a valuable service in Monday’s episode, casually but effectively reminding us all that the actual costs of health care are higher than ever and continuing to climb.

Jake has been receiving all of his care for free, or so he naively thought. “This hospital has squandered enough of its resources on your charity patient,” Dr. O hissed at kindly Nurse Elizabeth Webber, who has made caring for Jake her top priority. (Side note: Elizabeth doesn’t realize that she was once deeply in love with Jason/Jake and had his child. It’s all about his new face.)

“I don’t have time to worry about one uninsured patient!” Dr. O declared. (I’m sure these same words are still heard in many hospitals across the country.)

“Our mandate is to treat everyone!” Nurse Webber protested.

“All good things must come to an end,” Dr. O coldly replied. She then said to Jake, “Your bill is due in 10 days. You will be discharged tonight.” Nurse Webber’s insistence that Jake wasn’t well enough to leave fell on deaf ears.

The brutally honest, no-nonsense Dr. Obrecht (played to perfection by the great Kathleen Gati) is in every way a madwoman. She has tried to murder several people, and that’s just the beginning of her long list of crimes. But when she gets on her soap box about hospital and health matters her words are often wise and powerful and true, such as the time she dressed down a patient for destroying his body with cigarettes.

After Dr. O left the room Jake finally looked at his bill. “Do you know how much they charge for an aspirin here?” he asked, sounding exasperated.

Nurse Webber was horrified. “This (bill) says you owe hundreds of thousands of dollars!” she said. “You can’t pay this!” When Jake explained that a hospital administrator had come by earlier to discuss putting him on a payment plan, his concerned caregiver replied, “The last thing you should be thinking about right now is bills to pay.” (I’m sure those words are still heard in countless hospitals, too.)

This may be the stuff of soap opera – Jake is actually from a very wealthy family that could pay his bill without blinking, something his former employer (a mob kingpin) would also gladly do – but it referenced an awful reality that is rarely discussed. Hospital charges and practical health care costs have not declined, and it is all too easy to be ensnared and destroyed by them, whether one is uninsured, underinsured or self-insured -- or even subsidized.

It’s unfortunate that the media does so little to remind us of such terrible truths, even though health care in general has been one of the biggest news stories of the last two years. It’s even more unfortunate that one must turn to daytime drama to be reminded that the problem of health care costs is a long way from being solved.