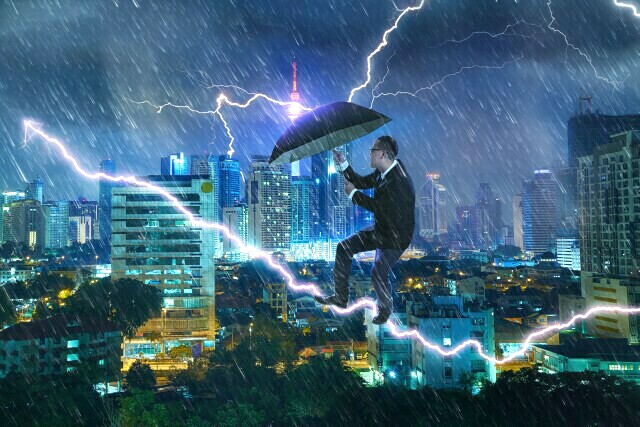 Much heat was generated around Accenture Interactive’s recent announcement that they were entering the programmatic media buying business.  (Rob Norman weighed in on this for MediaVillage.)  Social media was full of posts from the media auditor community, and there was much harrumphing from the media agencies.  (Accenture is of course a media auditor, and consultant, occasionally running pitches.)  The media auditors’ concern was obvious given that Accenture’s auditing operation is a direct competitor.  Any mud being flung around might stick.  For the agencies, Stephen Allan at GroupM spoke for many with a piece on LinkedIn which argued that an auditor can’t be a buyer.  The conflict of interest argument is an obvious one, and was picked up by several other agencies, as well as by their trade bodies in the U.K. (the IPA) and the U.S. (the 4As).

The agencies’ arguments might have carried more weight had they themselves always avoided such conflicts of interest.  The main thrust of the ANA report into agency behaviors and all the work done since by the WFA, Ebiquity and others has been to point up how agency deals shape their plans.  Aren’t agencies conflicted by taking rebates and benefits (however defined) from media owners?  We’ve all seen examples of agency traders pushing plans in a certain direction to make their trading deals, and thus release benefits to the agency.  Isn’t that a perfect example of the agency being conflicted between its own financial performance and its supposed role acting in the best interest of its clients?

Did the IPA and the 4As leap in to condemn such conflicts of interest?  I don’t recall them doing any such thing.

This is now such a well-rehearsed argument it hardly seems worth making it again, except to point out the hypocrisy in the remarks of those now accusing Accenture of a “potential” conflict.  The word “potential” is key here.  Nobody has any evidence of Accenture using information and knowledge from their auditing arm to inform the new programmatic operation.  In fact, it’s just the opposite – anyone with any experience working with management consultancies knows full well how adept they are at keeping the various elements of their operations separate from each other.

“Potential” conflicts exist all over the place.  Stephen Allan’s MediaCom was for many years VW’s agency; Mindshare handles Ford.  GroupM manages both.  Yet no doubt firewalls existed within GroupM to stop Ford plans in any way informing VW buys.

WPP owns Millward Brown, whose work is often used to assess agency performance -- and indeed to contribute to bonus awards.  Does anyone accuse WPP of a conflict when MB data is used to assess JWT and Ogilvy?  Of course not; MB is a separate organization that behaves correctly and ethically in how it researches ad effect.

But “potentially” there’s a conflict of interest.

Then there’s the fact that Accenture is entering the programmatic space.  Isn’t that all about using data to drive automated buys?  And aren’t Accenture and their like rather good at managing client data sets -- certainly better than the marketing services holding companies?  And isn’t programmatic all about bespoke precision and targeting and less about some catch-all price?

Accenture is a threat to the media agencies -- everyone bar Jerry Buhlmann of Dentsu Aegis has long realized that -- but the network agencies’ collective behavior has opened the door to involvement in their core business from outsiders.  All Accenture has done is walk through it.