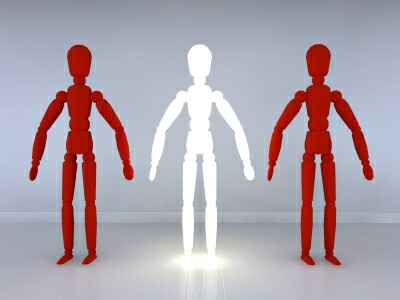 At the recent ARF Industry Leaders’ Forum, ARF CEO/President Gayle Fuguitt defined the research needs of the immediate future, and leadership was at the top of her list. Among research scientists, this is a call for active training and nurturing, not an empty motherhood statement. People who think in terms of process see figuring out how to evoke leadership as a research challenge. It’s the kind of thing that is learned by trial and error and the use of intuition along with the fragmentary lore of what it takes to lead.

Richard Zackon and I facilitated a workshop on creativity for ARF last year and provided each participant with a copy of my book Mind Magic. ARF had Flow state on their podium too. The research community is taking up the key HR challenge as a research project. HR should be grateful.

Kicking off this new era in which research, in search of a seat at the table and being able to influence management to actually “get” the research findings and act on them, wanders over its edges into other departments, here are some preliminary thoughts on how we can each kick off the process at home and at the office (because “our people” all need training, as do we). You don’t have to be a researcher to play this game.

Step one is to explicitly make this foundational agreement with each other person who is to be in the game. You train me and I’ll train you. We will make it harmless fun and not cause discomfort, looking only for the good to come out of it.

It’s not a down-up relationship, it’s a sideways one. If somebody reports to you now that does not mean in the next act you might not be reporting to him/her. It’s not teacher-student; it’s an agreement between and among equals, seeking to be the best they can be, wanting corrective useful feedback and agreeing to not shoot the messenger.

In this new role you have an obligation to give feedback that before you saw only as an unnecessary risk, and to put that feedback so brilliantly as to not cause the kind of harm that held you back before. Letting your mind loose on this creative challenge is where the real benefit lies — even greater benefit than is created by the increase in constructive feedback flow. This is a methodical process, not one that can be rushed. Constructing constructive criticism ought to be a required course from elementary school onward.

On A Planetary Level

Let’s take the idea up a step and apply the co-training idea globally. The U.S.A. was first in modern times (Sparta did the same -- 2000 years earlier) to take the high road as a nation and aim for equality of opportunity, freedom, democracy and individual happiness, actively looking for old, bad, unequal ways to toss out.

That leadership has now paid off and many nations are pointed in those same high-road directions. The U.S.A. is searching for its new ground. Its role has changed. The original perception was U.S.A. idealistic, everyone else not so much. In that originally almost-valid perceptual balloon, there was an air about Americans that subtly pissed off everybody else. We were the teachers and somewhat better than everybody else. Nobody likes that and everybody subconsciously conspires to bring that down.

In the new era the U.S.A. can now be seen as the student who got it first. Still helpful to everybody else and perhaps still seeing farther around corners and pushing the idealism envelope a little more ardently -- without being better-than about it.

Within the corporate layer where most of us live and work, the best avenue open to us to lead the world as one of the first students to perceive new ways is to invent stuff. As we have left ourselves without a high volume of active “manufacturing of matter” muscle, perhaps the things we can invent will use energy more than matter? Perhaps we can find ways to make use of higher energies, invent antigravity, whatever. Tesla knew that vast energies exist that can be tapped if the mind is set to the task.

As the researchers of communications/information research (the pot in which marketing research, media research, operations research, advertising research, programming research, information science, artificial cognition, psychotechnology for leadership and for creativity, and a lot of other things are integrating) follow their instincts into all the other departments, there is sure to be a lot of new inventing. Because constructs lying around in adjacent fields can be applied to one’s own.

Once we take our new position (today!) as the fastest student, and move ahead by behaving that way on the world stage, it’s time for “American” advertisers to begin to use the fact that they are American, executing this in the least objectionable way, to build their business in the U.S. You don’t have to exhort people to buy American. Just remind them who you are; and remind yourself first.

It’s time because we need the business.

This is something all of us who live here can do to work together now: Enlightened self-interest.