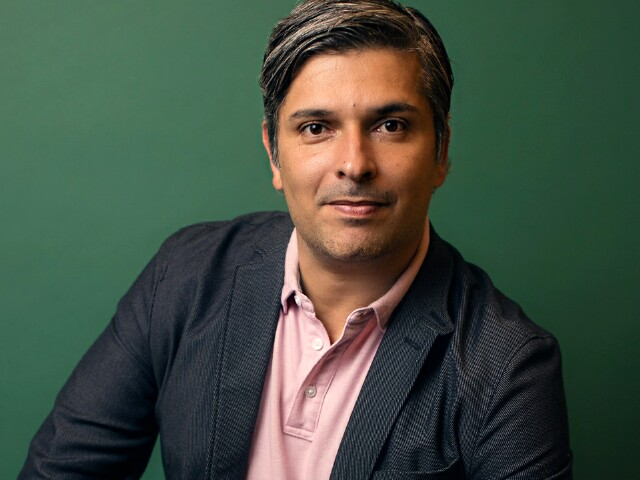 Despite years of data showing the global, scalable reach of gaming as an advertising medium, it remains a tertiary option in the marketing and advertising world that is often overlooked by media strategists. That is a huge miss, especially as the media industry begins to turn its eyes away from pure eyeballs to scalable attention. Gaming has both. Fortunately, the recent 4A's Decision Conference included a session to help better educate the industry on the opportunities in gaming, and the keynote speaker was literally as excited as kid in a candy (crush) store.

As a child, Fernando Machado (pictured at top) loved videogames to the point of rushing through dinner to get back to them. Today, as CMO of Activision-Blizzard, the massive global gaming leader recently acquired by Microsoft, Machado can spend every waking moment on his childhood dream. Listening to Machado speak at the recent 4A's Decisions 2022 Conference, it is clear not one iota of his passion for videogames has diminished, making him somewhat unique; a qualified CMO who natively and authentically loves his product.

"The games don't stop!" Machado -- bursting with enthusiasm -- emphasized during his keynote. "The communities are always playing.”

According to information from Accenture, gaming is a $300B industry, greater than the global film, global music and North American sports industries combined. Machado pointed out that globally, 40 percent of the global population plays videogames, while in the U.S. the percentage is a mind-boggling 75 percent.

Activision-Blizzard games run the gamut from the global phenomenon first-party shooter Call of Duty to the most-successful MMORPG (Massively Multiplayer Online Game) World of Warcraft to the ever-popular, long-running casual game Candy Crush, which Activision-Blizzard acquired as part of its purchase of King in 2016. Candy Crush, which launched in 2012, still has a loyal and active user base of 255mm.  “That’s a number that can help you as a channel of communication," Machado explained. "It can help you reach people who are truly engaged.”

Who are these gamers? They are likely not who you think they are, according to Machado. Challenging preconceptions, he shared numbers that indicate that there are just as many people age 50-plus playing games as there are under 18, and more women are playing than teenage boys. Gaming really is a mass market opportunity.

It isn’t just the players that are engaged. Watching and learning from others playing games on platforms such as Twitch and YouTube Gaming was already growing prior to the start of the pandemic and accelerated even more over the past two years. According to stats shared by Machado, in 2021 the global games live-streaming audience is nearly 729mm.

Machado highlighted some recent successful marketing programs which could be expanded to include sponsorships. After piloting a Candy Crush competition in the U.K. in 2020, Candy Crush All Starslaunched in the U.S. in 2021 with Khloe Kardashian as the host. Celebrities such as Doja Cat and Gronk participated, along with social media influencers and TikTok stars. Machado sees this streamed competition as a far more effective method of revitalizing the Candy Crush brand and keeping it relevant than an ad or promotion.

As this competition moves forward, and as Activision-Blizzard develops more extensions for their properties, Machado sees win-win sponsorship and brand integration opportunities.

He also sees the line between reality and gaming blurring. “People talk a lot about the Metaverse,” he noted. “We have been creating Metaverse with World of Warcraft, Call of Dutyand many of our games for years. I love when we do things that blur the line between the real world and the virtual world and vice-versa. I think that trend is here to stay. That could be a good way in for brands to engage.”

As Machado says, “we are all gamers” to the point that the label has lost a large part of its distinction. Whether casual games, simulation games or mixed reality games, they provide a myriad of opportunities for brands to authentically connect. Those brands that take the time to understand the game and community dynamics should find it a strong medium to level up with consumers.