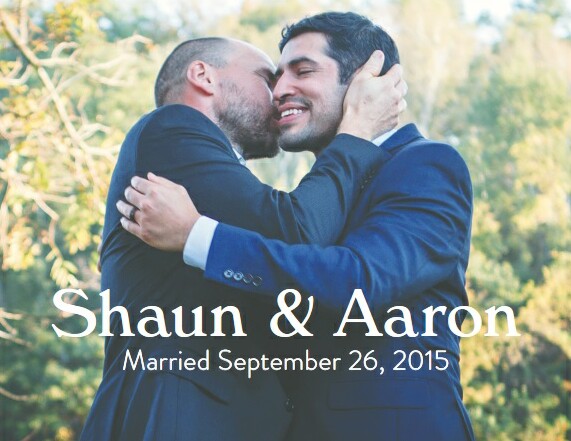 Imagine sitting with your wife in the pediatrician’s office and having the doctor tell you they won’t see your baby because you’re lesbians.  That’s one scenario presented in the new “Beyond I Do” campaign from the Ad Council.  Created by ad agency CP+B with research and strategy from Redscout, the campaign tells stories -- personal stories from Americans -- the kind of “Can you even believe it?” shocking stories that are easy to repeat, easy to pass around and that might even go viral.

Since the Supreme Court ruling in 2015 that the right to marry is guaranteed to same sex couples, the fight for LGBT equality still hasn’t ended in the U.S.  Indeed, according to the campaign launched along with the Gill Foundation, in more than half of American states it’s still legal to deny medical services and even jobs due to sexual orientation or gender identity.  For anyone who thinks that the battle is won, or knows someone else who thinks so, the “Beyond I Do” campaign has been designed to remind us that there’s still a lot of legal discrimination against LGBT Americans and that equal marriage is just one step on the way to genuine equality.

“When you watch the ‘Beyond I Do’ spots, you’re seeing LGBT people share their shocking and heart-wrenching discrimination experiences,” said Lisa Sherman, Ad Council President and CEO.  “These people could be your neighbors, your co-workers or your friends.”  In one sweet yet bitter sixty-second spot, home video and family photos are used to tell the true story of two brides evolving from their dream wedding into young parenthood.  Lesbian or not, the images are profoundly relatable: white wedding dress, wedding bouquet, wedding vows, and then family photos and videos of smiling happy squirming babies.  The voiceover, though, tells a different story, of a pediatrician refusing to care for a newborn, and a mother wondering “What did we bring this kid into?”

The message is clear:  The law says a wedding is allowed, but that doesn’t mean things like jobs and healthcare and babies are protected, or safe.  “It’s always our goal to create work that impacts culture, but with a project like this the stakes are even higher,” said CP+B Creative Director, Quinn Katherman. “This is about raising awareness and shifting opinions when it comes to LGBT discrimination.  Success means cultural change.  There’s something really powerful about seeing these real couples on the happiest days of their lives and then juxtaposing it with the present-day reality; their marriage is legal, but so is their discrimination.”

“We want this campaign to help Americans understand that discrimination is a reality for so many of their neighbors, colleagues and loved ones who are gay or transgender,” Sherman explained.  “We wanted a campaign that informs, and one that helps build empathy.”

Planned as a multiyear campaign, the “Beyond I Do” spots enable viewers to click through to a purpose-designed website where users can hear stories from families across the country who’ve experienced discrimination and learn more about how discrimination impacts these families’ lives.

“We know we can change minds on issues that matter to Americans,” Sherman added.  The Ad Council cites the recent Love Has No Labels campaign as proof, claiming the effort has had measurable impact, improving Americans’ awareness and empathy.  Regarding the “Beyond I Do” launch, Sherman said, “Americans believe in equality for all, but they don’t realize that people in their communities and across the nation are losing their jobs, being evicted from their homes or being denied services just because they’re LGBT.”

Another true story in the campaign includes that of Aaron and Shaun, who were married in 2015.  When they attempted to place an announcement in Shaun’s hometown newspaper in Missouri to continue the celebration with his friends and neighbors, the publisher decided that announcing the marriage between two men was inappropriate and denied their request.  Another that resonates, no matter one’s identity, is of Jimmie and Mindy of Ohio, who became one of the first LGBT couples to marry there. Jimmie was fired from her job as a teacher when her school’s principal and board members had “questions about her sexuality.”  Until that point, Jimmie had received nothing but positive performance evaluations.

Ultimately, said Sherman, “We hope the campaign leads to an ‘aha’ moment for viewers and reminds them that we’re all human and that we all deserve equal rights.”