Advertising: An Industry Built on Lack of Interest – Brian Jacobs 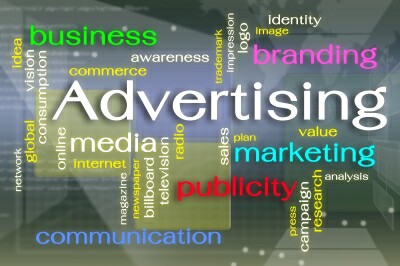 I’ve said before that I fear for the media agency business. My issue is less around what used to be referred to as the planning side -- there are plenty of excellent people creating loads of initiatives of value and relevance -- and more to do with the execution of the plans, or (as they used to be called) the buys. The fact is that clients increasingly don’t trust their agencies. How on earth did the agencies get into this pickle?

Here’s the problem. Ever since their beginnings, media agencies have talked of the money they can save their clients. If you could be a fly on the wall at an agency pitch you would notice the reaction when the issues of fees and media costs come up. Because agencies know this is both important and well-understood the narrative becomes this: Here’s why and how we can buy better and do the job for less than the next guy.

Yes of course the clever planning makes a good impression and many clients will admit to being wowed by the creative thinking on show, but once the showbiz pitch is over, and the hard talking begins, it’s all about price. Agencies think they’re good at this bit; after all they spend their lives negotiating for media, but the truth is they’re in a buyer’s market, talking to professional procurement people who generally run rings around them. Which is no doubt why agencies blame procurement people for the world’s ills.

In the past, agencies would feel confident that any ground given in fee negotiations in order to secure the business would be more than regained through unreturned rebates, value banks and the rest. They would feel, with good reason, that once the deal was sealed and the procurement guys had retreated, once the day-to-day was back where it belonged with the marketing teams, they could get on with their deals and their kick-backs. Sure there would be the odd auditor presentation to be handled but such hiccups could be swatted away easily enough.

This may be reprehensible, but the property sale principle of “caveat emptor” exists for a reason, based as it is on the fact that buyers generally have less information than the seller about the goods or services being sold.

Advertisers for many years showed very little interest in the media side of the advertising business. Few bothered to even try to understand how their money was being spent; it was rare for clients to attend training courses or conferences. And when they did show up they would always be quick to stress that to most advertisers’ senior managements marketing occupies a small part of their daily lives, and media in all its forms a small part of the time allotted to marketing. This was all grist to the agency mill -- after all if no-one important cared much then the opportunity was there to find new ways of making money without too much senior scrutiny.

But times have changed. Not least, the fact that the growth of digital communication channels in their many forms provides the means to connect consumers and indeed all sorts of other interested parties to senior management. Then there are those forward thinking advertisers who have hired ex-agency people who most certainly know their way around their old stomping grounds.

The old lack of interest point means there’s some catching up to be done on the client side. As clients started to learn more about how media agencies really make their money, and to close loopholes, future agency margin bets rested on the new frontier of digital communications. After all, here was something technical, complicated and full of new middle-men. Where there’s chaos there’s margin.

The problem is that as more and more digital horror stories concerning such as fraud, insufficient controls over placements, and the rest have emerged in the sort of newspapers read by CEOs the agencies have found themselves on the back foot.

It’s an open secret that media agencies make far better margins than most of their front-line marketing services siblings. Those owned by one of the large conglomerates are under pressure to keep the holding company plane flying as other engines start to stutter. It’s hard to re-engineer the power source whilst at 39,000 feet.

It’s easy to sit here and say that agencies need to come clean, rebate all discounts and value pots in line with client spend, and make their money transparently and openly from fees. But that is what they need to do -- they need to demonstrate the value of their plans, not just the cost of their buys.

With transparency can come savings. For one thing, who needs large central trading organizations in an age of transparency?

As for clients, they need to play their part in arriving at what they will no doubt see as a desirable destination. That means insisting on a cleaning up of the abuses, but it also means paying fairly for truly valuable services.

If they try to do the one without the other then they’ve only themselves to blame if the game remains the same.