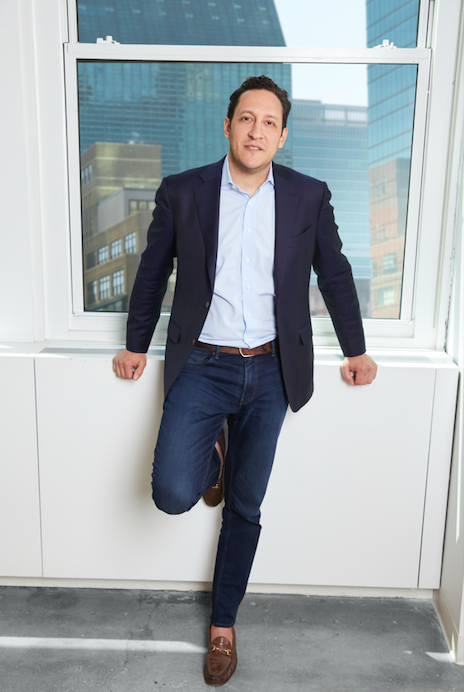 When A+E Networks offers its appeal for more Upfront advertising dollars with a 30 minute virtual presentation on Wednesday, March 3, Ethan Heftman (pictured at top), A+E's senior vice president of ad sales, is confident it will be met with approval within the advertising community -- despite a wide assortment of new television competitors entering the marketplace this spring. "We see a tide that potentially raises all boats," he says. "There's a lot of demand out there for (audience) reach, and the best place to still aggregate reach is in linear (networks)."

The ability to maintain or increase audience reach as more viewing pathways take shape is one of several factors Heftman cites when suggesting that linear cable or broadcast networks will hold up well or do better than anticipated. Such temperament contrasts with many industry observers and commentators who anticipate this Upfront cycle will conclude with a big leap in smart TV spending and a big reduction in linear ad budgets.

"It's still very complicated to aggregate reach across (smart TV) services," Heftman explains. "That's not to say they're not growing or that they shouldn't be growing. They absolutely should. As TV gets increasingly fragmented, advertisers have to go to more places to find that total audience. In terms of aggregating reach quickly, nothing beats linear."

In Heftman's understanding, all these first-time Upfront contenders will have to deal with circumstances similar to those of their linear predecessors to land Upfront revenues. "We all face the same challenges -- articulating our value proposition, the value of our content, our audiences and ease of access," he explains. "[We're] going to be competing with each other and with linear players for the same money."

For this week's presentation, A+E will detail its recent adoption of "total audience buying" campaign approaches, where advertisers and their agencies are encouraged to produce inclusive creative work, especially to capture attention from adults age 50 and up. MediaVillage recently spoke with A+E Networks' Ad Sales Research Team on the Value of Buying Total Audience. They explained that the 50-plus crowd uses more products and services than any other demographic. And they are early adopters of new merchandise in several categories, such as technology.

"Those consumers with money, able to buy products, have had no direct relation to the way the market has historically valued them on age," Heftman insists. "The reality is that Americans are getting older. They make buying decisions that are not predicated on decisions made when they were younger. They are in the marketplace spending that money, and they've been ignored for a long time in terms of targeting and advertiser messaging. There's a discrimination against older Americans that we're simply trying to point out and say is unfair. It also negatively impacts advertisers' ability to sell their products."

Early reaction to A+E's total audience appeal so far has been swift and positive, Heftman says. Chalk that up to the ad community's understanding over the last year that "we live in a world where discrimination, whether it's based on gender, race, ethnicity or age, is just not acceptable," he concludes.

Assuming the coronavirus pandemic is on its last legs domestically, Heftman expects an orderly Upfront sales season ahead. Price advantage compared to scatter or on-the-spot opportunity situations will remain priority No. 1 for brands and their agencies. Other important factors to look for in negotiations between content makers and campaign spends will be retail sales performance, implementation of new approaches (including interactive commercials and T-commerce initiatives) and cross-platform expenditures.

As for what's beyond 2021-22, the more ad-supported TV branches out, the more the future might, in some ways, resemble the current scene, Heftman suspects. "Consolidation is the natural order of things. I don't think this new world is any different than the world we've been living in for the last 50 years, where new viewing opportunities come to the table, and if they're successful, they tend to be bought or merged or integrated with other viewing opportunities to create increased scale," he figures. "That push for increased scale will continue to be a factor."