Agency Transformations 2021: Top Down or Bottom Up? 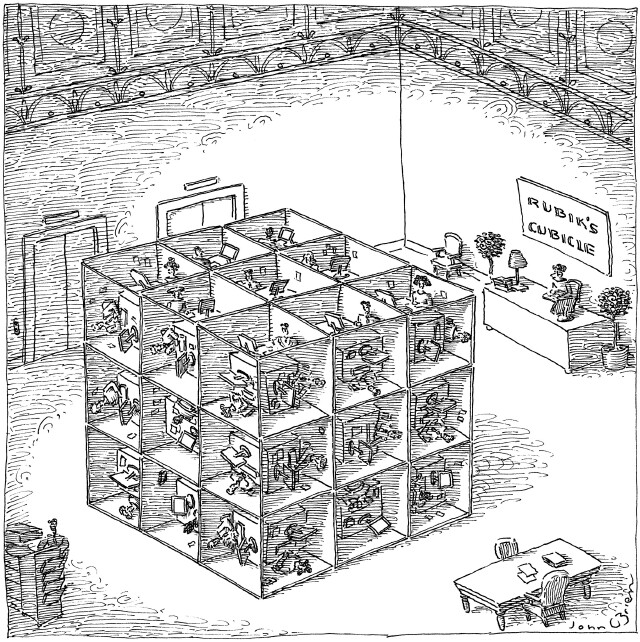 Global creative agencies are among the most decentralized business organizations in the world. Office heads and the client heads within their offices have complete independence in the way they manage their operations. Client heads are virtually unsupervised -- no one above them knows what work they are leading and whether or not fees and resources are appropriate for the work. C-suite executives focus more on the hunt for new business than on the management of their fragmented organizations. This makes agency transformations particularly tricky.

Kevin Roberts, the former CEO of Saatchi & Saatchi, wrote that "a creative agency needs to operate like an ant colony, where every ant knows its job and has the freedom to do it. If we take another approach, like a typical command-and-control company, we'll end up in the dustbin of mediocrity."

This kind of romantic thinking is based on a belief that agency success bubbles up from the bottom, where the untrammeled freedom to be creative finds its greatest expression and support. Anyone who gets in the way of freedom -- especially an agency CEO -- runs an enormous risk, as Roberts wrote.

The decentralized culture of creative agencies is programmed to resist top-down initiatives. I remember an episode from not too many years ago. The CEO of a well-known global agency based in New York City (let's call him "Jack") decided to introduce a uniform system for documenting scopes of work for their 100+ offices around the world. This would give C-suite executives a simple way of knowing what agency work was going on, permitting them to examine the quality of scopes and the leadership of more than 1,000 client heads. Jack drafted a simple policy statement: "Every client we serve, in every office in the world, will have its Scopes of Work documented in a uniform way, without exception, even where we are already documenting SOWs with client-determined systems."

At a private dinner in New York for his global C-Suite team, Jack unveiled his policy and discussed the roll-out of his SOW methodology for the coming year. He was interrupted in the middle of his presentation by the head of the London office. "Jack," she said, "I understand your interest in scopes, but I have to tell you that we won't be doing this in London. We have three clients in review, and we just finished changing our accounting system. I won't ask my people to engage in a disruption like this one." The head of Germany jumped in. "We have the same problem. Maybe next year." Australia chimed in, then Japan.

Jack looked for moral support from his CFO, who was looking down, inspecting his dessert. Jack's courage evaporated. "OK, we'll look at this on a case-by-case basis," he said. His initiative died on the spot. True story. Nothing happened, anywhere.

A forest fire is threatening the ant colony, and although the queen is laying eggs, there is no leadership to lead the ants to safety. The ants will die.

Top-down leadership is an absolute requirement for agency transformations. Agency CEOs need to recognize that their leadership initiatives will be resisted by the decentralized culture -- and to overcome the resistance without equivocation. "My way or the highway" is more appropriate than "OK, we'll look at this on a case-by-case basis."

Agency CEOs need to emulate the leadership principles articulated by Lou Gerstner when he faced, as a new CEO, a deteriorating IBM: "One of the first things I learned was that whatever hard or painful things you have to do, do them quickly and make sure everyone knows what you are doing and why. Dithering and delay almost always compound a negative solution."

Cartoon at top: John O'Brien, The New Yorker, The Cartoon Bank. With permission