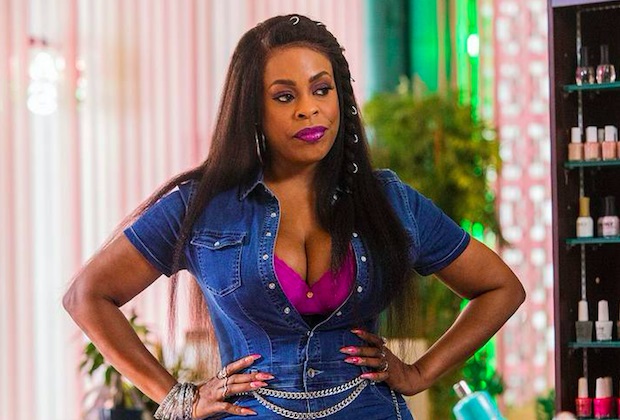 Let’s be honest, it’s no secret that 2018 was nothing short of maddening.  The world seemed to have gone crazier than usual over the past 365, and I’m glad it’s finally over.  Thankfully, television was there the whole time, to hold our hands through the hard times, cover our eyes during the scary times and to open them when we’d ignored the dumpster fire that was our collective existence for too long.  Below are my picks for the Top Ten TV Shows of 2018, and just to spice things up they're in no particular order!

Elizabeth Meriwether’s friendship-centric series saw its seventh and final season in 2018, and boy, was it a bittersweet goodbye. Since its inception this show managed to continually bring the funny, whether it was through comedy godsends like Lamorne Morris and Jake Johnson, or whether we were watching any of these well-crafted characters bounce off each other, as they often did.  To some people this was just a TV show, but for fans like myself it was an almost decade-long friendship with great people whom I’d never met, who had never done me wrong and who were always a good time.  I’m going to miss this show almost as much I’ll miss those classic “Winston-Cece mess arounds.”

As it should have been, season two of Brockmire somehow surpassed its already stellar first season during 2018.  The legendary Hank Azaria brought the titular Jim Brockmire to life as the foul-mouthed baseball announcer in spectacular fashion back in 2017, and damn was it good.  Season one saw his fall and subsequent rise from obscurity, while season two explored what the implosion of a man suffering from addiction looked like. While that doesn’t necessarily sound like a knee-slapping good time, it somehow was.  The way life can make us laugh in one moment and cry the next -– this is the same balancing act Brockmire seemed to effortlessly accomplish with every episode.

Whether political or emotional, TGF has had its finger on the pulse of (at least half of) America since it debuted in 2017.   I like to think of it as a fictional time capsule of sorts. Curious about what many Americans were feeling in the hate-rhetoric-filled, seemingly hopeless year that was 2018?  Just stream The Good Fight’s second season.  Whether you feel those same feelings in solidarity or are just returning to see how our favorite senior partner Diane Lockhart (played by the amazing Christine Baranski) is doing, the show will still be as grown and sexy as it is emotionally intelligent.  The Good Fight was a great reminder that there is a good fight -- and it’s still worth fighting.

Good God, I love me some GLOW.   Alison Brie, Marc Maron, Betty Gilpin, a realistic depiction of the 1980’s and ladies wrestling –- what’s not to love?  This is a series with over ten lead actors, most of which are doing real life acrobatics and stunt work (they are playing wrestlers of course), and it still manages to have a level of emotional depth and honesty that I legitimately never saw coming.  Season two digs about as deep as it can into the betrayal-laden chasm between Ruth and Debbie (Brie and Gilpin), while also forcing Sam (Maron) to soften that eight ball-sized rock he calls a heart.  Filled to the brim with a gang of loveable women to boot, GLOW was an obvious shoe-in for my 2018 top ten.

In a pre-Cosbygate world I would’ve called black-ish the modern-day Cosby Show.  While the likely hood of said comparison leaving my lips today is almost non-existent, there is something to be said for it.  When this sharp sitcom was created it seemed to me that the Johnsons comprised the only authentic primetime family of color.  The show’s use of its own platform for good seems engrained in its DNA, and while at times Anthony Anderson’s opinionated dad Andre Johnson is a bit much, it isn’t something that’s lost on the writers.  In fact, it’s become its own in-joke.  black-ish addresses feelings that someone like me, a person of color in modern day America, might actually have, even if the issue being dealt with is one that affects everyone.  Plus, Tracee Ellis Ross’ Rainbow Johnson is my favorite TV mom since the first Vivian Banks.

I don’t know who I couldn’t take my eyes off more, Jodie Comer or Sandra Oh.  Both of their characters are so different, yet so similar.  Maybe it was the danger of Eve’s (Oh) obsession with the mysterious serial killer she pursues, or Villanelle’s (Comer) murderous intrigue with her pursuer, Eve, but this game of homicidal cat and mouse was mesmerizing to say the least. Grounded in reality, and foreign in the best of ways, Killing Eve is what happens when, like its main characters, one throws caution to the wind and lets oneself become obsessed with something awesome.

Claws is still f*ckin' fire.  The only thing better than that first season was the second one, and I was literally yelling when it ended the way it did.  No spoilers, but somebody dies, it was not who I expected, and damn did I feel some type of way about it.  I’ll be on the edge of my seat all the way until the season three premiere, but that’s because creator Eliot Laurence was so good at making me care about Desna (Niecy Nash, pictured at top) and the gang.  All I know is Desna won’t take that ish laying down.  I. CAN. NOT.  WAIT.

South Park has been on long enough for me to love it, lose interest, and then love it all over again, and this year creators Trey Parker and Matt Stone have really shown why their kid deserves its status as the crowned king of parody and satire.  Taking on Jeff Bezos and consumer-worker culture in a world where school shootings were so rampant at one point they were barely news anymore, or taking on p.c. culture in an era where something said on Twitter as recently as this morning or as long as ten years ago could be the kiss of death for almost literally anyone -– these are things that most show writers would avoid, especially in an animated comedic setting.  Not these guys, though.  These are about as intelligent as dick and fart jokes are going to get, people.  This is socio-political commentary at its finest.

All my favorite things about Superstore are still there.  This past year saw Jonah (Ben Feldman) and Amy (America Ferrera) finally get their groove on, Glenn (Mark McKinney) and his wife, Jerusha (Kerri Kenney), use Dina (Lauren Ash) as a surrogate, and Mateo (Nico Santos) have a very real run in with Glenn about his citizenship (or lack, thereof).  The topics that affect the characters on Superstore are the ones that anyone who is a single parent, divorcé, single person, of whatever race, creed, or sexual orientation all have to deal with, because the one thing that unites them all is the fact that other people -– namely the executives running the huge corporation they work for –- make millions of dollars off of them every year, yet we all just keep shopping.  This slice of life comedy reminds that we are all in the same pie, but that means we have each other.

“This show came out at the tail end of the year, Ainsley.”  I know.  “But it’s barely been out long enough to justify making this list, Ains.”  I know.  I get it, Ed.  However, when I look back at the sh*t show that was 2018 this series was a beacon of over-the-top hilarity that I remember with hella fondness.  Adam Pally and Sam Richardson struck comedy gold with this one, and it was a hell of a way to finish out the year.  I’ll never regret loving this show, a show so progressive mind you that the only gay jokes in the entire series were merely used as the props for a bigger message: Gay jokes aren’t cool anymore and being offended by them is equally uncool.  So, go ahead, find me something not to like about Champaign ILL and I’d be more than happy to tell you why you’re wrong.