Alicia Witt: From Hallmark to Horror and Back Again 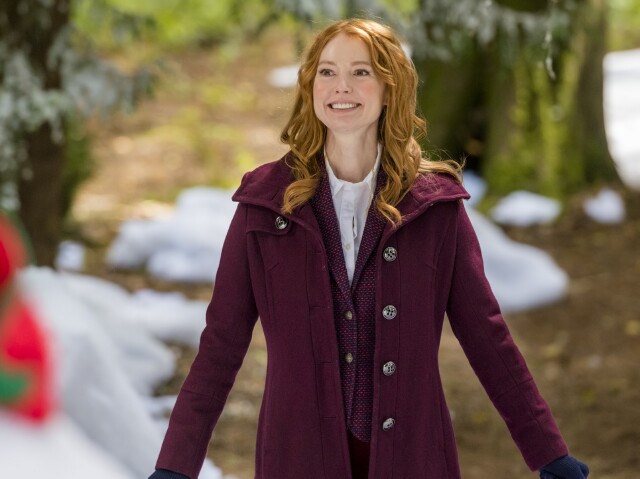 For the past five years, actress Alicia Witt has celebrated Christmas twice annually – in real life and on film.  Since first starring in A Very Merry Mix-Up for Hallmark Channel in 2013, Witt has become a holiday fixture there.  The arrival on Thanksgiving night of her latest (and fifth) holiday-themed project, The Mistletoe Inn, signals that holiday season is officially upon us.  "This is the fifth year in a row I've had a Christmas movie on Hallmark," she told MediaVillage in an exclusive interview.  "It really is an honor.  I love how happy these movies make people.

"At the holidays people need something special for the family that's in town," she continued.  "Sometimes there can be tension [with] people you don't necessarily see all the time.  I think these movies go such a long way to making the holidays better and bringing people closer together.  I really feel proud to be a part of that."

In The Mistletoe Inn Witt plays Kim Rossi, an aspiring romance novelist who hasn't quite made the transition to pursuing her passion full time.  Following the demise of a questionable relationship, Rossi signs herself up for a retreat that includes a crash course in romance writing.  As it would turn out, her all-time favorite romance writer Zeke (played by David Alpay, pictured below with Witt) is scheduled to be a guest speaker at the retreat.  She's thrilled by the chance to meet him and hopefully make a significant change for the better in her life. 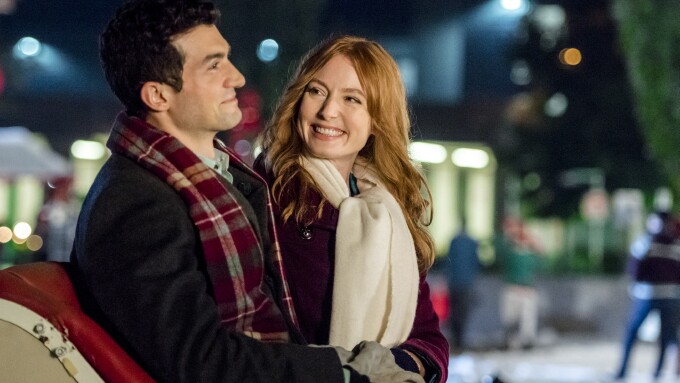 "I really liked this character," Witt said.  "The questionable individual she's dating in the beginning, named Garth, actually reminded me a lot of some very self-important young musicians I encountered when I first became a singer-songwriter, so that parallel was very relatable."

According to Witt, although she loves being able to provide annual holiday joy to the masses there is a tiny drawback.  "When Christmas does come around I feel like I've already celebrated it,” she laughed.  “Really, for me, Christmas starts with Thanksgiving, so when I'm live tweeting with the fans and everyone I really feel it's a big Christmas celebration."

Witt is indeed appreciative of Hallmark’s legion of social media supporters, known as the “Hallmarkies.”  "They are just awesome!” she said.  “They are so loyal.  It's not just the Christmas movies that have the 'Hallmarkie' audience.  I was actually shocked when I did The Walking Dead at how many Hallmark Christmas movie fans watched that show!

In addition to her Hallmark work, Witt can currently be seen on Fox's The Exorcist playing -- of all things -- a demon!  "You couldn't get further from the Hallmark movies," she laughed of that role.  "I'm playing a demon using the body of a deceased woman.  As an actor I live to play characters that aren't me and I'm having so much fun with that. We just finished the finale and I'm not allowed to say what I end up looking like, but it was very intense."

While she does enjoy dabbling in her darker side for certain roles, fans will be happy that Witt's next project for Hallmark will see a return to the holidays.  "I'm really excited about my next project for them," she enthused.  "It's one as a producer and a story writer.  It's going to be my Christmas movie for next year.

"We don't have the title just yet and we're looking at starting filming in early spring,” she continued.  “It will take place in a music store in a quaint little town.  I wrote the treatment and a screenwriter is currently writing it.  I'll be singing in it and writing an original song for it.  I just can't wait.  I'm actually getting goosebumps talking about it as it's something I'm so proud of!"