By Steve Gidlow October 24, 2020 Behind the Scenes in Hollywood Archives 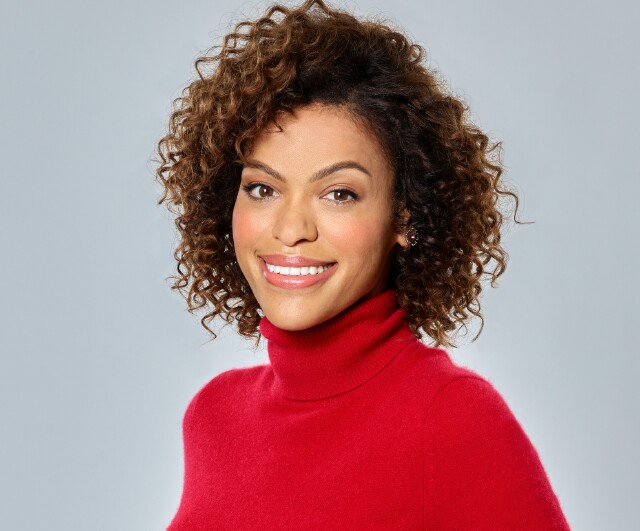 Actress and singer Alvina August is no stranger to Hallmark Channel and Hallmark Movies & Mysteries. The talented Zimbabwe native might be familiar to Hallmarkies from Love in Design (2018) alongside Danica McKellar, and her recurring role of Megan Phillips in the popular Hailey Dean Mysteries franchise starring Kellie Martin. This weekend she makes her Hallmark Movies & Mysteries lead debut, opposite Eion Bailey, in the holiday-themed Deliver by Christmas and she couldn’t be more thrilled about it. "It's amazing," she beamed during an exclusive chat with MediaVillage. "I really feel like a part of the family, and now it's solidified, so it's real! My first Hallmark movie didn’t have Christmas in it, but it did have love. Christmas is one of my favorite holidays and always has been. Growing up in Zimbabwe, we have so many traditions around that time of the year, and it brings back so many of those childhood memories for me. This was the perfect situation to have happen, to be part of such an amazing movie with amazing storytelling."

Like many of the Hallmark movie premieres leading up to the holidays, Deliver by Christmas was filmed under COVID-19 protocols. "We ended up shooting in Victoria, BC," August explained. "We were one of the first productions up and running since the pandemic [began]. It was a whole new world with the masks and all the precautions. So, it was an interesting experience to have my first lead in a Hallmark movie, then to have everything be so different while trying to preserve the same Christmas feeling on set, with the same qualities that they've always had." 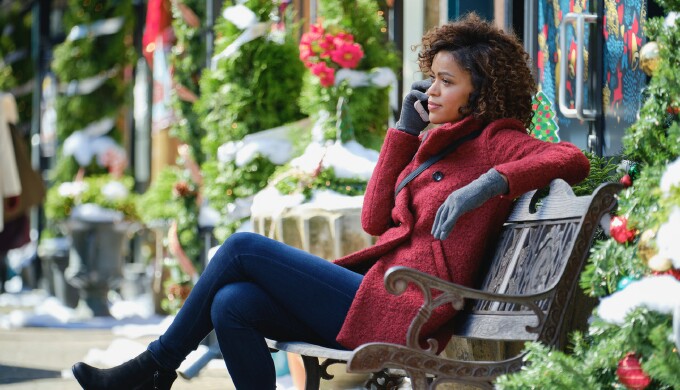 One thing that worked in August’s favor concerning COVID filming was the script itself, as her character (Molly) gets to know and grows fond of single father Josh (Bailey) via a series of phone calls. "It's the phone conversations that start our relationship," she said. "It might have been art imitating life, but that’s how it worked out. We weren’t put in any situation where we didn't feel safe, and honestly, they did everything to ensure that the production ran smoothly and that everyone was adapting as best as we could, given the new situations. Everyone was so happy to be back at work. We all just wanted to make something amazing, and it was even more important to do that for this time of year.

"Eion and I knew this movie was quite special, in that we wouldn't really have any scenes in person until the end of the movie," she continued. "So, the first thing we did was talk on the phone, [just] like the characters. Often when you're talking on a phone, someone is delivering the lines on the other end of the conversation. We made sure that it was the two of us on the phone each time. In every single scene we are talking it is me on the other end or him. We made sure to be there for each other to create and make sure that the chemistry was continuous, and that it was conveyed and didn't feel awkward in any way. We made it our mission. Offscreen our relationship developed over the telephone as much as it did onscreen. That was just true to life." 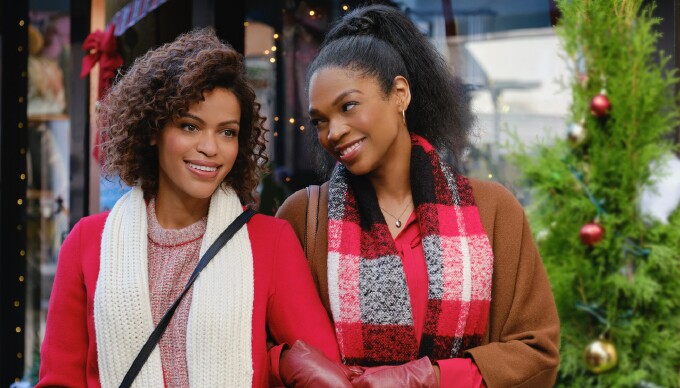 The casting of her character's sister Jane also came as a pleasant surprise to August, when the role went to Nadeen Lightbody. "We totally auditioned in two different cities for these roles," she laughed. "We're good friends! So being cast together was crazy! We’ve gone out and friends would say, 'You guys look like sisters.' We’d laugh and be like, 'Maybe we could play sisters at some point in our careers, who knows?' Then this happened. The chemistry you see rings true, as it’s real. We even offered the props department some real pictures of us [together] for scenes in her house, so there's a bunch of pictures of us that weren't photoshopped together."

There was one more real-life parallel in the film that really hit home for August. With both characters experiencing loss, it raises the question of taking a leap of faith to find happiness. That's something her mother did when August was 17 and moved the family from Zimbabwe to Canada with dreams of a different life. "My mom was the brave one, who left her family, left everything she knew, and moved halfway across the world to an entirely new culture," she recalled. "She did it for me, and she's my biggest hero. We watch Christmas movies all the time, so for her to see this is amazing. The bravery that she had is paying off in this amazing way through my life and my story. I couldn’t have written it better myself."

August is currently keeping herself busy with a few new projects, but those will be on hold this weekend as she live-tweets with Hallmarkies across the country during the movie's premiere. "I’m looking forward to connecting with the fans and opening up conversations," she laughed in closing. "I’d love to continue to work with Hallmark. I love the network, and I love their message of family and love. It just feels good, you know? It feels really good.”

Deliver by Christmas will premiere Sunday, October 25 at 10 p.m. on Hallmark Movies & Mysteries as a part of the network’s Miracles of Christmas programming event.