Amazon Doubles Down on “The Boys” for Members of TCA 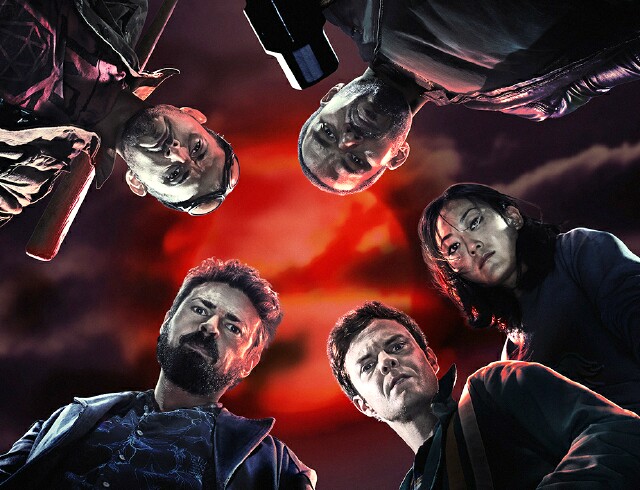 Amazon Prime Video has had its share of noteworthy success in the comedy area, with three series – Transparent, The Marvelous Mrs. Maisel and Fleabag – dominating every award show in recent years.  Similar success in the hour drama format, though, has proven elusive, and as we know, in terms of series programming a premium cable network or streaming service really doesn’t click until it has one of those.  Think The Sopranos and Game of Thrones on HBO, Dexter and Homeland on Showtime, Outlander on Starz, House of Cards and The Crown on Netflix and The Handmaid’s Tale on Hulu, to name just a few notables.  Amazon hasn’t broken through in that area, but that may change next month with the coming second season of its dark and twisty superbeing saga The Boys.  In addition to its wild storytelling, it happens to be one of the most organically multicultural television properties of the moment.  (Credit for that goes to the original comic book series written and created by Garth Ennis, who also conceived and wrote the comic that was adapted into AMC’s Preacher.)  Amazon had some fun with The Boys the other day during #CTAM2020, presenting two separate virtual panels for the show to members of the Television Critics Association.

One panel consisted of the actors (pictured at top) who play the “boys” of the title (including one woman), a rag-tag group of skilled vigilantes charged with stopping a rogue team of superheroes who are marketed and licensed by a worldwide conglomerate and have taken to abusing their powers in all kinds of wicked ways.  The second panel featured the actors (pictured below) who play the “supes,” as the heroes are known.  Both sessions included showrunner Eric Kripke, a household name in genre circles for his long-time work on The CW’s Supernatural. 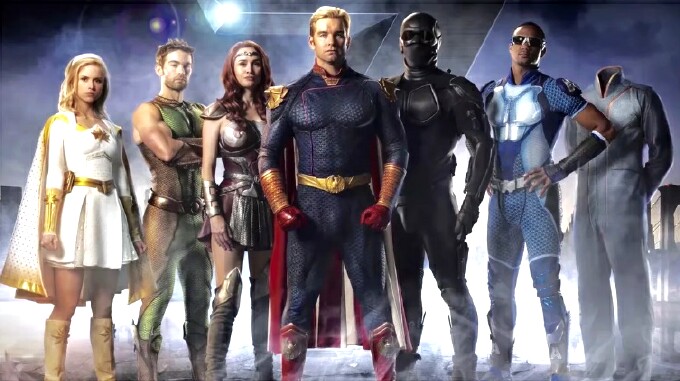 Seth Rogen and Evan Goldberg, who are executive producers of The Boys (as they were on Preacher) appeared briefly at the start of the first panel to introduce the show.  “Just a reminder, The Boys comes out on Amazon Prime,” said Rogen.  “Please watch that.  Jeff Bezos desperately needs more money.”

“[This] is a show that works for people who both love and hate superhero stuff,” Kripke said when asked about its growing popularity.   “It delivers all the pleasure of that genre but also is highly critical and deconstructive of it.  I also think this show reflects the exact minute we're living in, and I think people find it sort of surprisingly current and probably smarter than they thought it was going to be when they tuned in.”  [Editor’s note:  The original 72-issue run of the comic book on which this series is based began in 2006 and ended in 2012.  Dynamite, the publisher, revived the title earlier this year.]

“It was interesting going into Season 2,” noted Karl Urban, who plays lead vigilante Butcher.  “Eric got the gang together and said, ‘Listen, for Season 2 we don't necessarily actually want to go bigger and have more special effects and bigger action sequences.  What we really want to do is just dive deeper into the characters, into their journeys and really test all the characters.  [They each] have something that's very important to them ripped away from them and we get to see how they all individually deal with it.

“You know, in this [show] there's a very specific parallel to the one percent, and authority figures, and people who hold all the cards and all the power, and this kind of ragtag blue collar group is trying to even the playing field,” he continued.  “I think there's a lot of parallels of that in what's happening today.  If there's a message in the show … it's that there are these massive forces that are trying to grind you down, but you survive by showing each other love and loyalty, and forming a family, however you define that.” 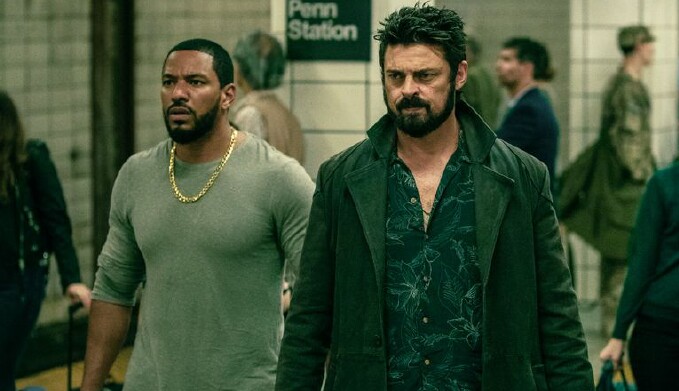 But what about the ultra-violence for which the show is known?  “It definitely got a blood budget for Season 2, that's without a doubt,” laughed Laz Alonzo (pictured above left, with Urban), who plays Mother’s Milk, another vigilante.

Notably, a new character who will be introduced in Season 2, the super-powered Stormfront, has been changed from a male in the comic book to a female in the series.  (She’ll be played by Aya Cash, pictured below.)  Critics wondered why.  Kripke said it was the relevancy thing again.

“Stormfront has certain hateful ideologies, I would say,” he explained.  “The truth is if you look online there's a lot of hate and negative thought 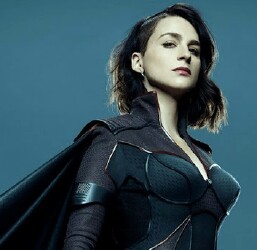 these days that is packaged in social media in attractive ways.  It's not like old dudes with crewcuts in the 1960s newsreels anymore.  It's very real and slick; you know, charming people who are trying to hook a new generation, and we sort of wanted to reflect how insidious that is.”

“It’s a real punch for [my character] having someone [new] come in,” noted Antony Starr, who plays Homelander, arguably the most sociopathic of the supes.  “Irrespective of [Stormfront’s] gender, it would have been pretty much a huge problem for him no matter what.  But there’s definitely that old-fashioned attitude of not wanting to be told what to do by a woman.  I lean more into it and more into the angle that Homelander just is an extremely weak figure emotionally and just can’t handle the fact that there’s this new, hot, young chick coming in with reckless abandon who doesn’t respect him and doesn’t fear him, and presents him with a whole new set of challenges that he doesn’t really know how to cope with.  She’s actually the instigator of tremendous evolution.”

The war between the Boys and the Supes resumes on September 4, 2020.

If you need a refresher, read Ainsley Andrade's review of The Boys Season 1.