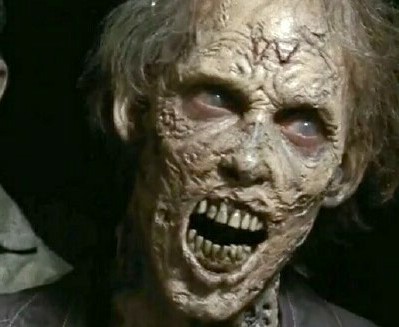 It isn’t often that an annual program emerges as one of the most significant television events of the year for viewers and advertisers alike. It’s even rarer for such a program to maintain that status over a long period of time. In fact, the only such event I can think of off the top of my head (other than the Super Bowl and the Academy Awards) is the season finale of “American Idol,” which during the 2000s was unarguably a highlight of the television year by every identifiable measure.

Of course, it appears that “Idol’s” time at the top has come and gone. (In fairness, it has to be noted that the “Idol” franchise is far from over and is still among the more popular shows on television even during its current 14th season.) But another show has taken its place: AMC’s horror supernova “The Walking Dead,” the season finale of which has for many years now made the kind of impact and earned the kind of ratings that steadfastly elude most shows.

“The Walking Dead” continues to stand out from the rest of television and justify its buzz. In fact, five years in, its latest season finale was its highest-rated yet. As of this writing the show on Sunday – a killer episode featuring the return of Lennie James as Morgan (pictured below) -- drew almost 16 million viewers, 10.5 of them adults 18-49. Those numbers will only grow when Live +3 and Live +7 data is factored in. Yes, that’s true of almost every show these days, but “Walking Dead” is bound to kick butt in those measurements, we well. 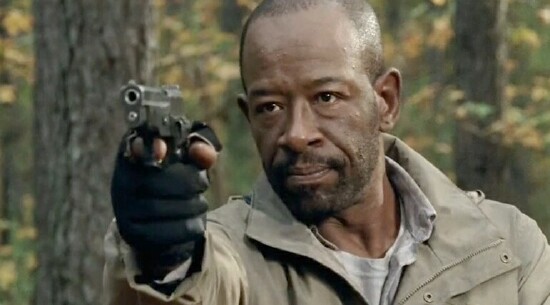 The soaring popularity of the “Walking Dead” season finales is a tremendous story all on its own, but there is much more to the overall “Dead” phenomenon. For example, “Walking Dead” season premieres also perform extremely well and are similarly anticipated with feverish abandon by the series’ legion of ferocious fans. And because AMC splits every season of “Walking Dead” into two halves (featuring eight episodes each), the franchise in effect offers two premieres and two finales per season, doubling the excitement for viewers and advertisers alike. This split also keeps fans in a constant state of wanting more. The relatively brief half-seasons, each with its own premiere and finale, effectively prevent people from tiring of the show.

With all of this excitement and continued audience growth comes an opportunity for advertisers that is increasingly rare, a giant bonus for AMC and a lesson for other cable networks (and the broadcasters) to study and learn from. I’ve said this before, but as I watched the expanded 90-minute season five finale on Sunday in real time – which is the best way to watch “Walking Dead” given the online frenzy that grows minute by minute during the show – the commercials during its many breaks seemed to me to be of a higher quality than is the norm and to stand out on their own without being overshadowed by anything else.

Plainly, a “Walking Dead” season (or half season) finale (or premiere) has become the ideal platform on which to run ads for big event movies, video games, automobiles and television shows. (Smartly, FX placed one for its horror show “The Strain,” which is also about a plague of monstrous dead things and the impact it has on human survivors, on AMC’s big night.) Unlike ads that are placed within the Super Bowl or the Academy Awards, those in giant TV series season finales that are themselves events (“Walking Dead,” “American Idol,” “Empire”) aren’t dwarfed by the magnitude of everything that is happening around them or lost in a three-hour telecast or forced to compete with dozens of other spots for the attention of the audience.

For me, as always, some of the fun of “Walking Dead’s” many season premieres and finales comes from waiting for the ongoing Microsoft Surface ads that are always included therein. Last Sunday’s spot, in which a happy wife and zombie fan startled her husband with an April Fools

Among the other standout commercials: Previews of the upcoming feature films “Jurassic World,” “Tomorrowland” and “Terminator Genisys”; a Taco Bell ad (Breakfast Defectors) that looked almost cinematic, and a mysterious teaser spot from Chevrolet featuring zombies. There was also a wonderful commercial for Dr. Pepper featuring an awesome dog that was way better than any ad with an animal that I saw during the last Super Bowl. Were all these ads new? I don’t care. They were new to me and I first saw them in “Walking Dead.”

All the wonderful things that “Walking Dead” does for AMC don’t end there. It is also a phenomenal platform in which to promote the network’s many other original series. AMC did so to great effect Sunday night, especially when it offered the first-ever preview of the upcoming “Walking Dead” companion series, “Fear the Walking Dead.” For millions of viewers that preview was almost as big an event as the season finale itself. (Click on the image below to watch.) 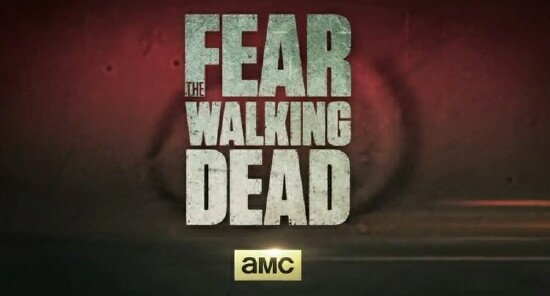 And then there is “Talking Dead,” the live hour-long chat show with invaluable host Chris Hardwick that follows each episode of “Walking Dead” and often pulls ratings among adults 18-49 greater than most other show on television – shows that, I would argue, try a lot harder and spend a lot more money to attract viewers. “Talking Dead” remains one of the true genius programming moves in all of television during recent years, but don’t take my word for it -- as of this writing, Sunday night’s edition (also a season finale) drew 7.5 million viewers and counting, almost 5 million of them adults 18-49.

Just contemplate that for a moment. And then contemplate the likelihood that AMC is already planning a live after-show to follow “Fear the Walking Dead.” (Instantly responding to my tweet Sunday night that AMC must do this, the lightning-quick Jarret Wieselman at Buzzfeed suggested as a title “Fear the Talking Dead.” I like it.)

I can’t think of a single reason why AMC wouldn’t do this. The network’s hordes of zombie fans have come to expect no less.