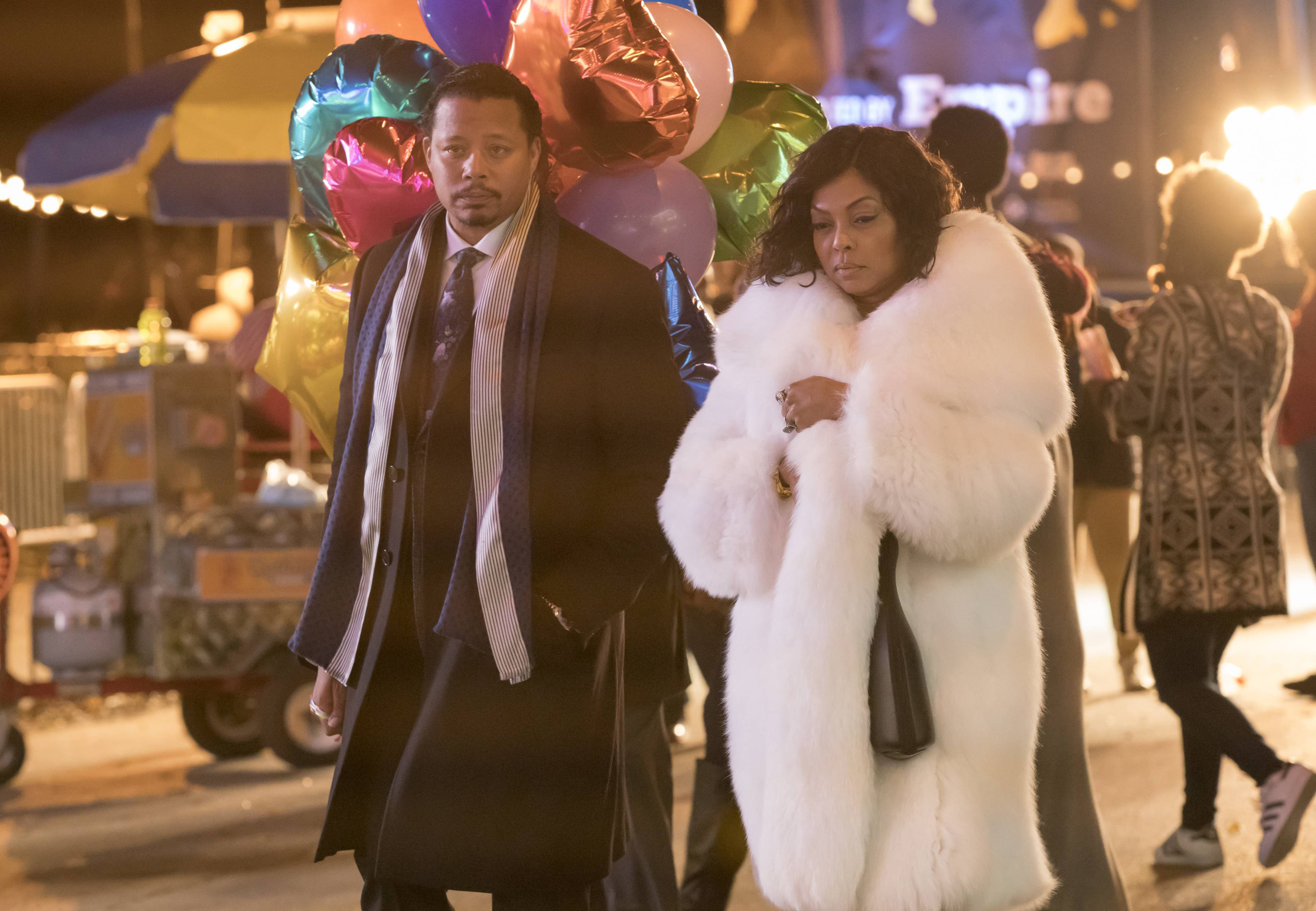 How people of color are represented on television has been a topic of discussion for a long time. Historically, unless you’re watching a “black show,” blacks are either represented in an unflattering capacity or not at all. There have been triumphs over the years -- when I was coming up I had shows like Martin; Sister, Sister; Moesha; The Parenthood; The Jamie Foxx Show; The Wayans Bros.; The Fresh Prince of Bel Air; Family Matters, the list goes on -- but anytime we weren’t on a series that was made for us by us we were depicted in an exaggerated, stereotypical kind of way.  It seems whenever there was a lone negro amongst a cast of white faces it became their responsibility to represent the race, and a lot of times it was something as simple as how they spoke that did them in.

Recently, I wrote a review forFox’s new show Star.  I ran through the couple of episodes rather quickly and, while I waited for more, I found myself watching Empire on Hulu in an attempt to get my fix of “urban” musical drama.  And I discovered something: I felt a real connection with the characters.  It wasn’t as simple as “they’re black, and I’m black, so yay!” as much as it was the fact that these colored folk were people of means.

Lucious Lyon (Terrence Howard) is a thug, but not in a typical way.  He’s a thug who has risen to power through struggle, and managed to create an opulent (albeit emotionally tumultuous) lifestyle for his children.  Even his ex-wife Cookie (Taraji P. Henson, pictured at top with Howard), after spending 17 years in federal prison, went right into hustle mode almost the minute she left her cell, and became a powerful, thriving businesswoman (rather quickly, I might add). Their questionable past aside, these were obviously intelligent people, and it was a thrill to watch them exercise the same privileges that any rich white man would if they encountered legal problems.

Life’s not that hard when you can just throw money at it.

In the first season, their youngest son Hakeem (Bryshere Gray) came off as kind of a dick, but it wasn’t because he was young and black.  It was because he was young and spoiled, a position that’s normally reserved for white kids on TV.  Had Hakeem been the exact same character on a predominately white show, his personality would have the potential of coming off as offensive, because in those situations he’d be the minority, and therefore would have represented our race as a whole.

In the show Star90 percent of the cast is black.  When that group is further broken down into sections one can find males, females, gays, straights, Christians, atheists, transgender people, drug users, sober people, rich people and poor people.  The crazy thing is, every single one of those demographics is represented in a way that’s truthful and honest, not offensive. (Star's Queen Latifah is pictured below.) 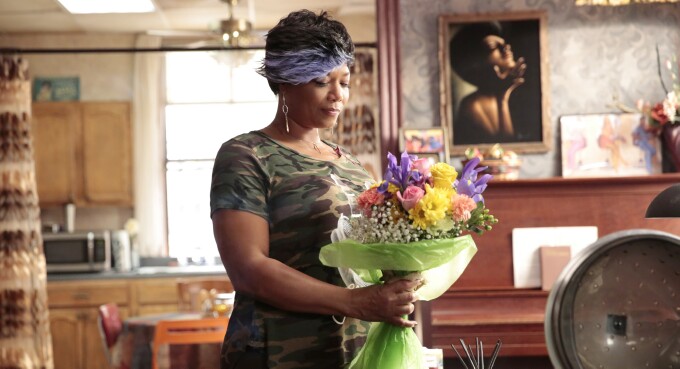 Through some sort of common-sense born, empathy-driven magic, Lee Daniels -- the executive producer of Empire and Star -- found a way to do every single one of those types of people justice. He has mastered the ability of putting a broad array of people of color on TV without making a mockery of any of them.

You might say, “But the people on those shows are crazy, Ainsley! Sometimes they even kill people!” This is true, but that’s because at the end of the day these are dramas.  If it were the cast of Gossip Girl, no one would bat an eyelash, because what we expected to see was a bunch of young, rich Manhattan socialites do all that same ridiculous shit.  It isn’t any different when they do it on Empire, Star or any other successful black drama. (I’m not including reality shows; those are usually a ratchet-fest.)

The downside to the mostly black shows is the clichéd pattern of the topics dealt with from show to show.  Upon viewing almost every single episode of the ‘90s sitcoms I mentioned up top, one could expect to see a “someone finds their friend’s gun” episode, a racism episode, a drug use episode and the all too familiar “someone said the N-word” episode.

I’m not saying there hasn’t been any progress.  ABC’s black-ish, for instance, is one of the best black TV shows I’ve ever seen.  It feels like a new-age (pre-scandal) Cosby Show, and I’m as proud of that show as I’d be if I made it myself.  The writers at black-ish have very tastefully dealt with hyper-relevant topics that include, but aren’t limited to, marriage, parenting, education, the idea that black people can’t/don’t swim, police brutality, the prejudices of the legal system, in-laws, neighbors, the black man’s aversion to healthcare, who gets to say the N-word, and of course, the trip to Disney. 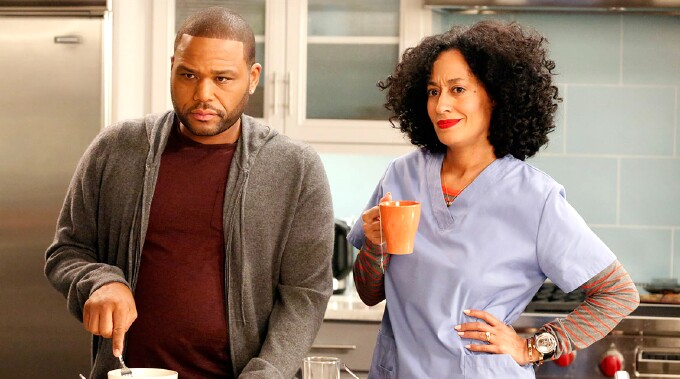 I connect with and even look up to these characters, again because they’re people of means, and in this case, integrity as well.  Bow (Tracee Ellis Ross), the mom, is an anesthesiologist, and Dre (Anthony Anderson, pictured above with Ross), the father, is an advertising executive at a reputable marketing agency.  Does Dre love Jordans?  Yes, but his job is dope, so that’s fine.

I think the real issue is authenticity.  When people with no experience with the culture write these things, it can end up offensive, even if that wasn’t the intent.  If a character on TV pulls a gun I don’t have a problem with it, as long they did it because they were scared, or angry, or up to no good.  But if being a black character on TV means automatically having no job, or owning a gun, or talking like a gangsta, or not knowing their father, it’s not just unnecessary.