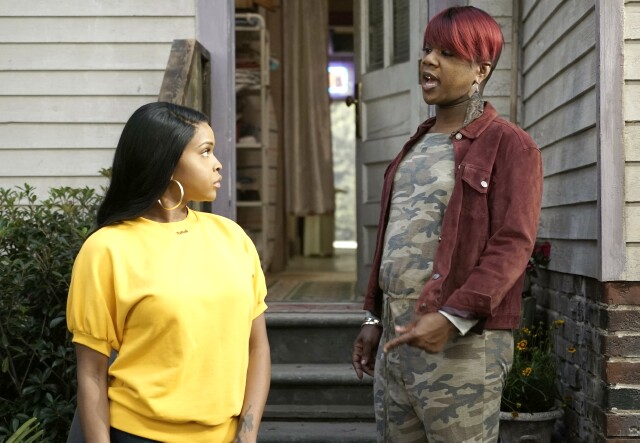 Everyone regardless of race, ethnicity, creed, gender or sexual orientation deserves proper respect and representation, whether it’s in something as important as politics or as comparatively trivial as television.  In politics, proper representation means having someone in office who has the public’s best interest in mind.  On television, proper representation means watching TV and seeing people to whom one can relate.  So far we got one of those right, even if there is still room for improvement.  As a reflection of American society, television’s cultural landscape has been as tumultuous and unpredictable as the current presidency.  Last February in my column titled American Color Story I took TV’s diversity temperature to see where we were at.  It’s time for another checkup.

First off, I miss NBC’s The Carmichael Show(pictured below).  Like many other shows with black leads it was cancelled last year.  Even considering my general aversion to multi-cam sitcoms, TCS proved itself to be as dope as it gets, and that was honestly less because it was black and more because it was honest.  Since its debut in 2015 it had been very successful in rounding up and tackling all the most recent and divisive sociopolitical issues in the healthiest, funniest and most objective manner possible.  (My editor tells me it was reminiscent of All in the Family, a groundbreaking sitcom from the ‘70s that came and went way before my time.) 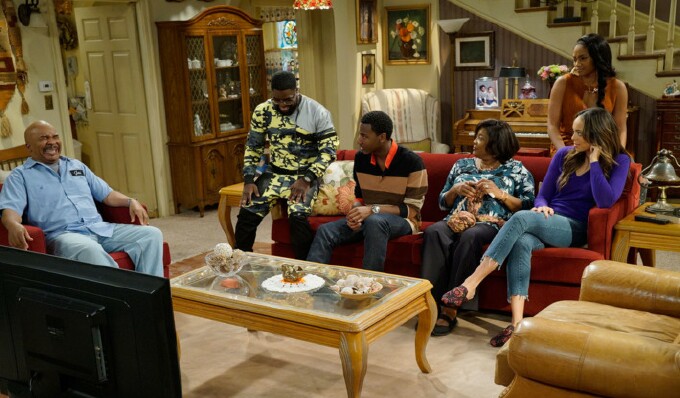 All of that work, and what was the result?  Cancellation!  It’s a clear indication that -- 40-plus years after the Bunkers became the first family of American television -- the country wasn’t ready for a mirror to be held in its face again, which is unfortunate because TCS fearlessly brought up the touchiest of topics, and there’s some shit going on today that I would’ve loved to hear Jerrod’s opinion on.

Carmichael’s show wasn’t the only casualty of the year. Underground, 24: Legacy, The Get Down, The Breaks and Shots Fired among way too many other shows with black leads all bit the dust in 2017.  I’m sure there are legitimate reasons why this kind of thing happens, but the fact that the greatest similarity between all these shows is the overall hue of their respective casts is enough to make me wonder.

And then there’s the apparent cancellation of ABC’s freshman comedy The Mayor -- despite it having been hailed last year by critics and advertisers as the most promising new sitcom of the 2017-18 season.  Dude barely had a chance.  ABC Entertainment President Channing Dungey told the TCA last week that the show was quickly pulled not only because its ratings went down every week but its delayed viewing numbers were also in continuous decline.  Bummer.

On the other hand, black TV did enjoy some victories.  Dear White People, Spike Lee’s She’s Gotta Have It! and four stand-up specials from Dave Chappelle all graced the Netflix roster last year.  Each of the aforementioned franchises ignited conversations about the black experience in present day America and gave an accurate voice to the types of people being depicted (i.e. their target audience, in most cases).

Most recently, grown-ish debuted on Freeform.  (Here's my review.)  It’s got a super-multicultural cast and a lead who was cherry-picked from what was already one of the hottest black shows on TV, ABC’s black-ish.  Issa Rae’s Insecure, on HBO, was snubbed at award shows but still put out an amazing second season.  It does social commentary and comedy like nobody’s business.

It isn’t all about color, though.  Gender equality has become one of many hot button issues in recent years and although representation for transgender people in particular has seen an increase, statistically (according to GLAAD’s Annual Report on LGBTQ Inclusion 2016-17) about 84% of Americans don’t actually know any transgender people and are only exposed to them via their depiction on TV.  That’s what makes the accurate depiction of that group, or any group for that matter, so important.  It’s the way Cotton (Amiyah Scott) is portrayed on Fox’s Star or Maura is portrayed on Amazon’s Transparent that may shape some soul’s opinion of an entire group of people.  (Scott is pictured top left with co-star Miss Lawrence.)

Now, is that fair for the creatives who are simply trying to execute their vision?  Or for the writers simply trying to tell a story?  Maybe not, but it’s not fair for people who turn on their TV and rarely (if ever) see anyone who looks like them, either.  It’s not right to never see a culture that resonates with any group represented in a way that isn’t ignorant or offensive.

All of these developments -- the wins, the losses -- add up to the fact that even though the diversity movement has taken some hits, it’s still gaining ground.  Even neurodiversity, a category that doesn’t find itself in the limelight as often as race or gender, has enjoyed increased awareness through shows like ABC’s Speechless (now in its second season) and The Good Doctor(the hottest new broadcast drama of the season).

The point is that, yes, offensive depictions of minorities have definitely decreased and been replaced by more realistic, empathetic takes on these groups, but there’s obviously still work to be done.  Just because one wins a couple battles doesn’t mean that people aren’t suffering from the war.  Equality is a basic concept and a fundamental right, regardless of whatever the hate-filled rhetoric clouding up your feed is trying to tell you.

I, for one, won’t be happy until the need for this conversation no longer exists.