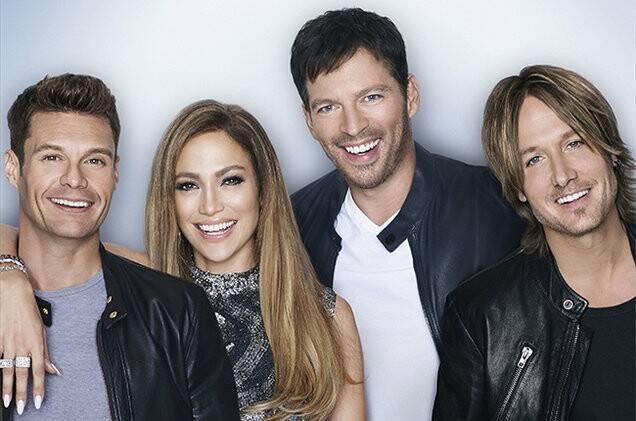 The 15th and final season of Fox’s American Idol – the show that literally ushered in the Age of Interactive TV while proving that broadcast television could still be the mightiest medium in the land – was a disappointment on every level, except for its fabulous series finale (more on that below). Strange sets, forgettable, talent and, once again, three powerhouse judges whose star wattage eclipsed the amateur singers on the stage. (Quick, name the last five Idol winners.)  But the biggest annoyance of all was that it felt so rushed. Fox ended it in April, rather than in May as it always had during the annual spring sweeps period. What was that about?

But all was forgiven, if not instantly forgotten, the night of the series finale, when almost every judge (Nicki Minaj, Ellen DeGeneres and Steven Tyler appeared in videos, while Mariah Carey didn’t appear at all) and almost every contestant and winner of note (except for Adam Lambert, regrettably made to be on the set that night of Fox’s remake of The Rocky Horror Picture Show) took to the stage at the Dolby Theater, where Kelly Clarkson was in 2002 crowned the first-ever American idol. (At that time the location was still known as the Kodak Theater.) Every performance that night reminded us of the scope and impact of this formidable franchise. As I noted at the time, it was a study in emotional connectivity – and a reminder of how fast time goes by. (That's host Ryan Seacrest and judges Jennifer Lopez, Harry Connick Jr. and Keith Urban up top and a gang of past winners and finalists taking a final bow below.) 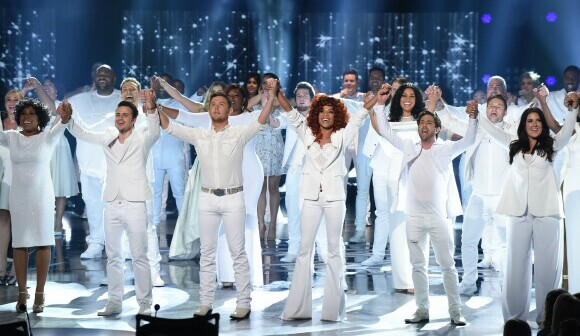 I loved Idol even before it began, from the moment at the May 2002 Upfront when Fox announced that later in the summer it would premiere an “American” version of the British hit Pop Idol.  All Fox had to show at the time were clips from the latter, which didn’t seem to impress advertisers or press at the Beacon Theater. But I couldn’t stop talking about it; something in those Pop clips really grabbed me. In the years that followed I insisted prior to each new season that ratings for Idol, which were setting modern-day records, would continue to increase. Year after year Fox executives would politely tell me I was wrong and then, after each season premiere, invite me to their offices to find out why I was right.

Why was I right? Because during the first few years of Idol I had never seen a show have such a wide-ranging impact in the world around me.  Real people – far away from and not at all interested in Hollywood – were caught up in it in a way I had never seen so many people caught up before. The show’s ratings eventually declined and its power was diminished, but my real-world observations about it continued right through to the penultimate season, when front-runner Nick Fradiani, who had been living in a Connecticut town a stone’s throw from the one I call home and who was known for singing with a local bar band, became the 14th Idol winner. During his run up to the top and on the night of his victory the world around me literally went wild.

Still, my most personal connection to Idol -- the moment when its emotional connectivity and richness hit me like a truck – came on June 11, 2002, the night of its premiere. It was the most joyous night of television in months – one that would finally make millions of people smile again after the horrors of September 11, 2001, exactly nine months earlier.

Where did the following 15 years go? More to the point, when will we get the next 15?  Because if y’all think this franchise has gone away for good y’all had better think again.  Take it from me; there’s still life in this grand franchise.  I have never been wrong about Idol – just ask past Fox executives.  I’m pretty sure that I’m not wrong about this, either.