“American Idol,” Why Can’t I Quit You? – Ed Martin 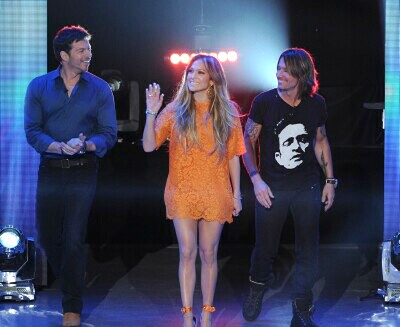 It’s that time of year again … time for Fox’s “American Idol” to name its official Top 10 of the season … and time for this long-term viewer and supporter of the franchise to once again lament the current state of this historic show.

First, more support. It is truly a testament to the general concept of this show and the specific appeal of watching young people with varying degrees of talent sing their hearts out – as well, perhaps, to the unwavering energy and enthusiasm of host Ryan Seacrest -- that “Idol,” after several years of hemorrhaging viewers, remains one of the highest rated programs on broadcast television. It is no longer light years ahead of the rest, but how could it be after almost a decade and a half? Generally speaking nothing lasts forever, but “Idol” just might, given how much farther it would have to fall to be classified as a failure.

Also, my own anecdotal evidence – for what it’s worth – suggests that people who are still interested in this show are very serious about it, feverishly communicating about it and debating various outcomes via digital technologies and social media that weren’t even in place when “Idol” began. I tend to believe that the real-life interest in “Idol” that I continue to observe around me translates to something much bigger whenever I watch the early season audition shows. The tens of thousands of young Americans who turn out every year desperate for a shot at this show (not to mention the countless friends and family members who accompany them and the burgeoning communities that support them) can’t be wrong, can they? (Full disclosure: Nick Fradiani, pictured below and currently one of the Top 11, hails from a Connecticut town close to my own, so perhaps I’m witnessing a level of local enthusiasm somewhat above the norm.) 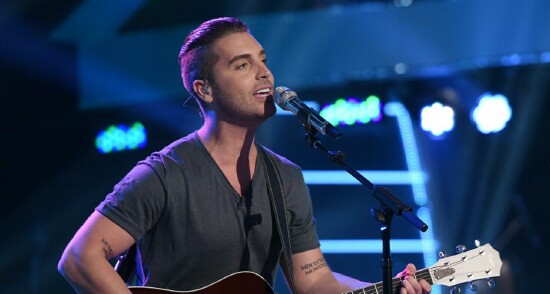 As I write this, I realize that I have given over to the show that “Idol” has become after fighting against the many changes ostensibly designed to fortify it in recent years. (I’m still watching and reacting to it, so I guess it’s bigger than me.) One can argue that those fortifications haven’t worked out very well, because ratings have continued to erode, but on the other hand it may be that those very same changes have slowed what might have been a greater slide. All I can say for certain is that every facet of the history of this show to date has been far more interesting to analyze and deconstruct than those of other long-running programs. Collectively, the various producers of “Idol” and revolving executives at Fox have either found the secret to long-term success or contributed to the erosion of something that didn’t have to decline as dramatically as “Idol” has done. Discuss.

So that’s my statement of ongoing support for a show that I believe under the right circumstances can last at least another ten years or more in one form or another. (If nothing else, it can eventually be moved back into the summer season where it began life and gave us all a much-needed post-9/11 boost way back in 2002.) Now for my complaints, some new, others old, but all still very valid.

Watching “Idol” last night I was struck by how much it looked like “The X Factor,” an epic failure for Fox in recent years but also a show periodically rumored to be returning to the network. (I have no first-hand knowledge of this, but I continue to believe that a more carefully executed version of “Factor” could work just fine during Fox’s fall season, when baseball interruptions tend to wreak havoc on its schedule.) The razzle-dazzle of it all remains off-putting when compared to the simplicity and intimacy of its early seasons, when “Idol” was a household word and the show created a number of genuine superstars. The giant stage! The colorful lights! The hyped-up crowd (formerly known as the studio audience)! The celebrity judges (including the amazing Jennifer Lopez, whose beauty and presence can’t help but cause a distraction)! The split-screen action! (A direct rip-off of NBC’s “The Voice,” if you ask me.) It’s as if the show itself is desperate to be noticed – that should be a concern for the contestants, not the franchise. 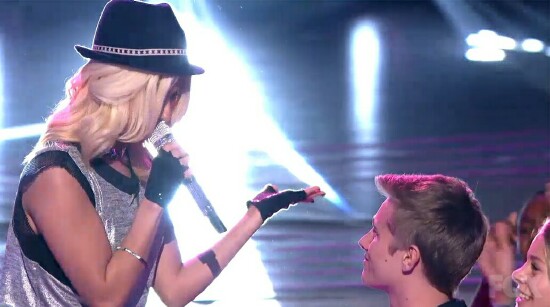 It’s as if the show no longer trusts the contestants to power it along, as they did for so many years. That’s what “Idol” was all about during its early, star-making seasons, when it ruled the world in part because of its extraordinary simplicity. Remember back in season five when that little girl in the studio audience burst into tears watching her personal idol – Sanjaya Malakar, a fellow of limited talent, to be sure, but a performer not without a certain appeal that year, mostly due to his wild hair styles? That was an example of the unplanned emotional connection “Idol” could be counted on to deliver with some regularity. Compare the power of that moment to the empty madness of the screaming masses that have been crushed around the “Idol” stage in recent seasons. Indeed, last night, when contestant Jax during her performance gingerly lifted a hat off the head of an adoring male fan in the mosh pit (pictured above), there was no emotional response at all. 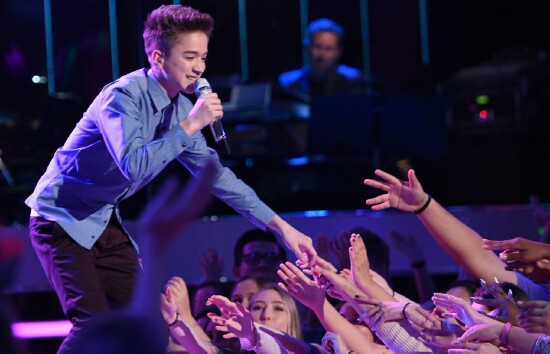 Anyway, it increasingly feels as though the contestants, who ought to be the lifeblood of the show, have been marginalized or overshadowed by the spectacle that the show has become. (This, I think, is what killed “X Factor.”) This is also true of the all-important home viewer. Contestants now play for the studio audience (see photo of current contestant Daniel Seavey above) – especially the young people in what passes for a mosh pit – rather than the folks at home, as the superstar winners of the past and the equally well-known runners-up always did. (Harry Connick, Jr.’s comment to one of the contestants last night, praising him for not playing to the camera, was some of the worst advice from any “Idol” judge ever. The people watching at home have all the power, kids.)

As for the voting, if you can explain it to me, please do. (If you can tweet it in 140 characters or less I’ll be even more impressed.) I’m pretty sure my solitary phone call, which once mattered, no longer counts for squat. That’s another damaging break from the all-important emotional connectivity of it all.