“America’s Got Talent,” Simon Cowell and Dunkin’ Donuts are a Winning Combo 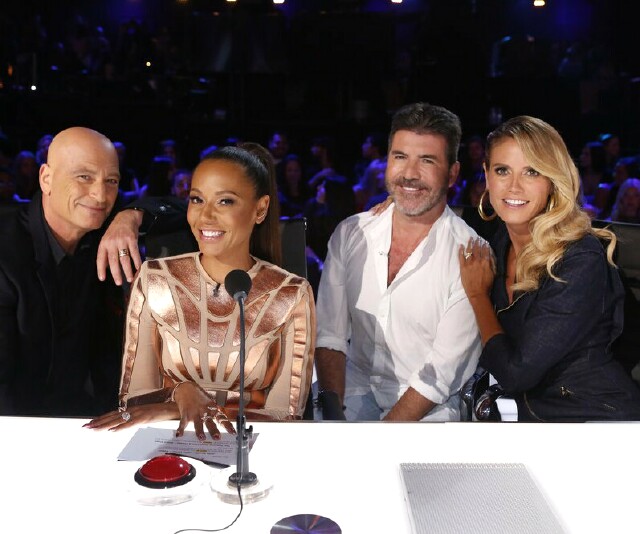 With Fox’s American Idol sitting in temporary storage, where colorful elves are busily figuring out how to bring it back as something comfortably familiar but also sparkling and new, the best reality competition show on TV is now NBC’s America’s Got Talent, which has been excitingly super-charged with the addition to its judges’ panel this season of its executive producer and the former star of American Idol, Simon Cowell.  Some might growl that NBC’s The Voice deserves the distinction of being referred to as the best, and I might agree if the second half of its seasons were as riveting as the first, when it is all about the judges spinning in their chairs rather than beloved contestants vocally shoving each other out of the competition.  It just doesn’t flow right; as on Idol and AGT, and ABC’s Dancing with the Stars for that matter, each season of The Voice should build in every way from beginning to end, rather than breaking apart in the middle. In that regard Talent is tops.  The first few weeks of the season provide their own kind of fun, as hundreds of potential contestants perform their hearts out in all kinds of ways – some so fine it is humbling, others so awful it is just plain cringe-inducing, and all of them engaging for anyone who may wish to identify early contenders for the show’s coveted semi-finals, which begin this week.  And then there’s the annual Dunkin’ Donuts/AGT partnership, arguably the best integration of sponsor and series to be seen on television in years.

First things first; as noted in a column about this show last summer, those oversized Dunkin’ Donuts cups perched next to judges Howie Mandel, Mel B, Heidi Klum and the esteemed Mr. Cowell at their table continue to pop with greater effect than the Coke cups on Idol or the Pepsi cups on Fox’s late misfire The X Factor, the latter rumored to be getting a makeover by a separate team of colorful elves for a possible return to the network’s schedule.  (Fox, or any other broadcast network, could do much worse than to bring back Factor or Idol.)  Maybe it was the consuming and distracting banter between the judges that took attention away from the cups on those shows.  On AGT the energy generally flows from each judge directly to the stage, passing over and around those DD cups as it goes.  Could that be what makes them appear to glow? 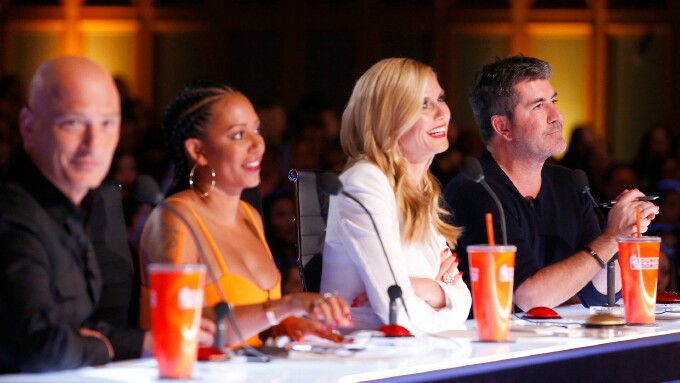 It doesn’t really matter whether the cups catch one’s eye or not, because the DD brand is best served in the show’s Dunkin’ Donuts Lounge, a backstage area filled with boxes of fresh donuts and tempting ice coffees, all of it periodically enjoyed by contestants and AGT host Nick Cannon. They tend to get very verbal about it, cheering about Dunkin’ Donuts between gulps and bites.  As far as getting brand identification out there, it all works so much better than just another commercial for Dunkin’ Donuts, or just about any other commercial for anything.

And this season, during the shows in which the semi-finalists were identified via a blend of home viewer voting and judges’ preferences (which happened to be the shows that were telecast these last couple of weeks), AGT incorporated the Dunkin’ Save, which seems to owe a debt to the Twitter save that brought a new level of interactivity between viewer and program to the penultimate season of American Idol.

The Dunkin’ Save worked like this: Three acts identified as potential semi-finalists were put at the mercy of the television audience during a live show.  The act that received the most votes from home/mobile viewers during a portion of the show automatically went through to the semi-finals. The other two were then left to sweat it out until the judges chose one of them to also go forward.

I’ll admit it wasn’t readily clear to me how to vote.  (It was so much easier to just instantaneously tweet during Idol.)  As explained in an on-screen graphic, in order to participate in the Dunkin’ Save viewers had to have a valid Google account and be located in the United States.  They had to first search “Dunkin’ Save” on Google and proceed from there.  That seemed like an awful lot to think about.  Did I have to sign in to Google on the device I had in front of me?  Was the device properly synced?  Did it have to be?  One voting option involved Google Plus!  Is that still a thing?  Do I have a Google password?  If so, when did I last use it?  Of more urgency, what is it?  Where is that little book with all my passwords?  It was all too much to process at the end of a long work day, so at that point I decided to sit back and let my fellow Americans do the voting.

I’m happy to say my fellow Americans got it right, sending the sensational dance troupe Malevo through.

Cowell seems to be much more in his element on AGT than he ever was on Idol or Factor, perhaps because the focus of this show is wholly on the talent and not compromised by silly spats and personality clashes between the judges.  (Also, he’s not caught up in trading quasi-homophobic barbs with Nick Cannon like he often was with Ryan Seacrest.)  It may also have something to do with the fact that the AGT talent pool doesn’t consist exclusively of Millennials, many of whom have been brought up to believe that they will be honored and awarded just for showing up and sharing their inherent greatness.  By contrast, everyone on AGT really “wants to win,” as Cowell exclaimed on a recent show, as if it were a revelation.

He certainly seems to be extremely impressed overall by the amateur musical talent on AGT, as he should be.  This year the musical acts, from singers to dancers, are simply extraordinary.  Twelve-year-old Grace VanderWaal has already been singled out as a singular sensation, with Cowell predicting she will be the “next” Taylor Swift.  It’s hard to argue otherwise.

The choices to be made between the singers among the semi-finalists are going to be painful at best.  What a shame that so many of them will float off to relative obscurity at summer’s end, because they are currently providing a level of ongoing entertainment uncommon on television.  And then there is magician Blake Vogt (below right), who has left even Cowell speechless at times.  How can he not end up in Vegas? 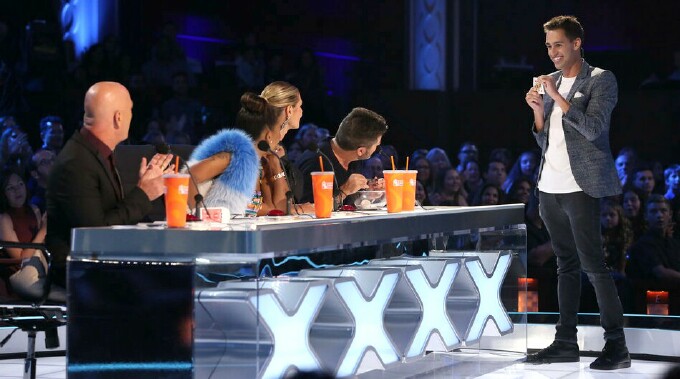 These may be the dog days of summer, or the dregs of August, but America’s Got Talent is just getting to the good stuff.  This is how year-round television should work. Pass the donuts.