Anatomy of an Upfront/NewFront Showcase: Part 2 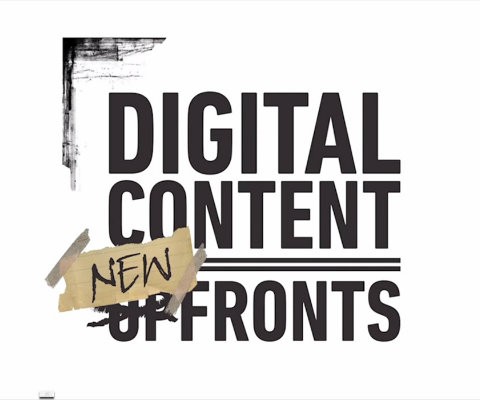 You're a company in the business of staging Upfront and/or NewFront presentations. You've just landed a new client or renewed ties with a current one. Now you're in the throes of shaping what that presentation will look like in 2017. What dictates your strategy?

"It varies by network or company, but it starts with that company's objective and the message," says Empire Entertainment President and CEO J.B. Miller. "You want to give the audience answers. What's the news? Who are the players to watch? How creative do you want to be? The planning process is similar to someone coming to your restaurant with a lot of ingredients. It's your job to figure out how to make the meal."

By organizing a Jennifer Lopez concert to cap off NBCUniversal's Upfront showcase in New York two months ago, Ray Bloch Productions was out to leave two impressions in one: Celebrate Lopez's NBC success with her new locally-produced drama "Shades of Blue" and highlight Telemundo's growing influence on NBCU's outreach to Latinos. "We wanted the Telemundo brand to stand out and immerse the audience in that brand," adds Bloch partner Richard Bell. "Beyond that, we showcased Lopez as part of the overall NBCU family."

A week earlier, Bloch staged the first-ever Digital Content NewFront presentation for videogame maker Activision Blizzard. The focus: connecting the love of Blizzard's game players to the growing eSports phenomenon. Throughout their public pitch, Blizzard demonstrated new games coming out over the next 6-12 months which could break through to a mainstream audience as well as eSports fans. Each new game represented a new advertising opportunity, notes Bloch account executive Eddie Richard. "The presentation also established Activision's track record to launch games with wide appeal and excitement among hard-to-reach demographics," he says. "That's a critical point. These NewFronts have become in relatively short order a tremendous legitimizer for new players."

In Screenvision's case early in May, Empire's task was to recreate the movie-going experience somewhere other than a movie theater, all to impress the company's roster of cinema advertising clients and would-be clients. That somewhere was Moynihan Station's portion of the U.S. Post Office Building complex across the street from Madison Square Garden. For the second year in a row, Empire constructed a giant movie screen for Screenvision with seats and a soda/popcorn stand on one side of the main Moynihan room, then filled the other side (back of the screen) with interactive exhibits and a large bar. In 2015, after the formal presentation by company executives, attendees were invited to participate in several scenes from specific movie genres (Western, space opera, etc.) then get a video of their performance afterward.

For this year's presentation, Empire went with a "connected cinema" approach behind that 40-foot screen, where attendees either visited games linked to specific fall 2016 or 2017 flicks, dabbled with virtual reality headsets or tried their luck at interactive games on their smartphones while watching a short subject.

"We kept the 'put people inside the action' approach from last year, but gave a stronger representation for individual attractions," explains Empire Senior Vice President of Creative Carrie Dolen.

Executives from both Bloch and Empire agree that the best showcases they produce hit a few sweet spots with their intended audiences, whether advertising reps or press. They don't tax the attention span of attendees by sticking with a 30-45-minute run time. They balance live speeches with video clips. They minimize or eliminate jargon-heavy portions dealing with ratings, psychographics or programmatic opportunities. They highlight non-linear content opportunities on other platforms. They're flexible to accommodate late emergencies or breaking news, such as what MTV did to celebrate Prince with their Upfront event inside Moynihan Station just a few hours after word of his passing.

As for what awaits both advertisers and journalists on the Upfront/NewFront trail next year and beyond, Miller sees an increase in the number of players, along with more differentiated approaches. "We've reached the point where the differentiation between the quality of Upfront and NewFront events is meaningless," he says. "People realize the necessity of doing them. They just have to figure out what to say. As for others standing on the sidelines now, they'll realize it's not the way."

Bloch President and partner Jeremy Driesen continues to see differentiation between the two categories, at least for the next year or so. "Television networks keep going for the bigger production values," he says. "NewFronts take the more experimental approach."