Andrade Weighs In on the Emmy Nominations 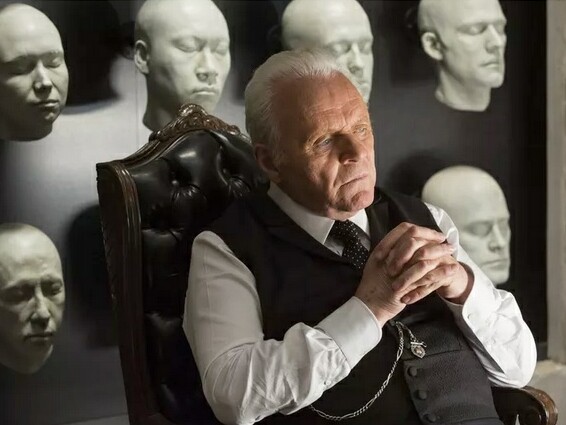 We live in a society where modern technology has given too many people the false notion that their opinion matters and everyone should hear it.  The resulting tidal wave of unsolicited social media soapbox rants and the urge/obligation to create and engage with them can be overwhelming.  Unbearable even.  Now, with the 2017 Emmy Awards less than two months away, the pontification is worse than ever, and the nomination analyses and award predictions are appearing on the interwebs at an alarming rate.  Allow me to sort through it all and tell it like it is.  You’re welcome.

Below are the Emmy nominations in the live action Drama and Comedy Series categories (most of which reside on streaming services this year), followed by my thoughts on many of them.  I don’t have a problem with most of nominees.  Some of them, however, are a different story.

The nominees for Outstanding Drama Series are House of Cards (Netflix), Better Call Saul (AMC), The Crown (Netflix), The Handmaid's Tale (Hulu), This Is Us (NBC), Westworld (HBO) and Stranger Things(Netflix).

The Handmaid’s Tale, Westworld, and Stranger Things are all excellent choices for this category.  Each one of the aforementioned was full of imaginative storytelling that was surpassed only by the powerful performances that brought these stories to life.  This Is Us is another one that’s definitely worthy of the nom, though I would very much have liked to see USA Network’s still-magnificent Mr. Robot make it into this category as well.

In spirit, season one of Unbreakable Kimmy Schmidt did a great job of picking up where the much-missed 30 Rock left off, but the second season felt kind of repetitive in tone, as opposed to refreshing, like I’d hoped.  Veep, Modern Family and black-ish, tried-and-true as they may be, are all getting a bit long in the tooth when compared to their competition.  I’m pleasantly surprised that the underappreciated Master of None got a nom, especially since it’s the most “art house” of all the comedies here. That said, the most deserving nomination in this instance is also the freshest of the bunch: Atlanta.  Though, if we’re talking freshness here, where the hell is HBO’s Insecure?  Issa can’t get no love?

I don’t really have issues with any of the nominations in this category.  Boring as it sounds, I think all the nominees are equally as deserving of this honor.  Who are my personal faves, you ask?  Gun to my head I’d have to say Anthony Hopkins, with Kevin Spacey coming in at a close second.  I favor ol’ A-Hops of the two of them, though.  His performance is one of the pillars that my high opinion of Westworld comfortably rests on.

The nominees for Outstanding Actress in a Drama Seriesare Claire Foy (Netflix’s The Crown), Elisabeth Moss (Hulu’s The Handmaid’s Tale), Robin Wright (Netflix’s House of Cards), Evan Rachel Wood (HBO’s Westworld), Viola Davis (ABC’s How to Get Away with Murder) and Keri Russell (FX’s The Americans).

I would not want to have to choose between all these excellent nominations, and fortunately, I don’t.  These ladies all undoubtedly killed it on their respective programs, but to mirror the sentiments of my editor Ed Martin in his Emmy article, I too wish there had been room for Christine Baranski (CBS All Access’ The Good Fight) amongst this talented bunch.  Rose Leslie (also from The Good Fight) or Ruth Negga (AMC’s Preacher) would have been nice surprises as well.

Again, no real issues here, although an argument could’ve been made for Ted Danson (NBC’s The Good Place).  I got a real kick out of that comedy and Danson’s performance as afterlife architect “Michael” was a huge reason why.

I feel like if Louis C.K. died and came back to life he’d be Pamela Adlon.  Their comically bleak and brutally honest outlooks on both parenthood and life as an entertainer are almost identical (which is a good thing).  Besides Tracee Ellis Ross’s Rainbow Johnson, Adlon’s Better Things character Sam Fox is my favorite TV mom in this group.  The crazy part is that their only real competition wasn’t even nominated (and no, they don’t play moms).  Where are Abbi Jacobson and Ilana Glazer of Comedy Central’s Broad City?  What about Issa Rae who, again, has been ignored to the point where it’s getting damn near disrespectful?

I know what you’re thinking.  Something’s wrong with this list.  Don’t worry, I’ll fix it.  Replace Michael Kelly with the gravitas-ridden Liam Cunningham (HBO’s Game of Thrones) and swap Jonathan Banks with the ever-charismatic Joseph Gilgun (AMC’sPreacher).  Beyond that, Harbour and Wright are two of this category’s worthiest choices, no matter how overrated some people may wrongfully consider their shows to be.

This year it seems the competition is toughest when it comes to the ladies.  I feel like most, if not all, of these nominees were the obvious choices, and I’m quite sure I’d be hard pressed to find someone who disagrees.

No real surprises here if you ask me.  I mean, I get why Baldwin was nominated but, political timing aside, I probably would’ve gone with his SNL co-star Bobby Moynihan.  I honestly can’t think of a single sketch he wasn’t great in.

Taking nothing away from either of them talent-wise, I probably would have nominated either Vanessa Bayer orLeslie Jones, not both.  Kate McKinnon is yet another favorite of mine, but all personal bias aside, she spent the last year earning the hell out of this nomination (and hopefully, the award).  The rest are pretty good choices too, though I tend to favor Kathryn Hanh’s comedic prowess every time she hits a screen.

At the end of the day, everyone’s going to have different opinions about everything, especially TV.  The fun for us, the consumers and critics, is passionately discussing the shows and actors we love -- especially since most of us spend more time with these (mostly) fictional characters than we do with our own families.  Just receiving an Emmy nomination is an honor considering the scope of potential nominees, and it’s validation for the hardworking crews and actors who hone their crafts in an effort to entertain the masses.  So no matter what happens, I offer my sincere congratulations to everyone mentioned above and wish them all the best of luck.