At 100, "The Goldbergs" Is the New Gold Standard of Family Sitcoms 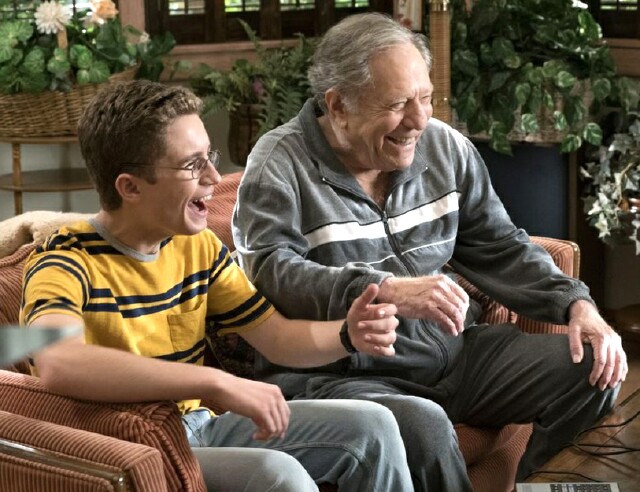 Despite my being largely absent, the ‘80s is a decade that still managed to be pretty lit. It was a simpler time during which there was no web to surf, nothing to blog or tweet, and no smartphones to constantly stare into.  As a young buck living through what’s probably the coolest decade to date, you really only had two things -- your friends and your family -- and whether one knew it or not, the latter was everything.  This is the nostalgia-filled bedrock that ABC’s The Goldbergs was built on, and I must say that with its 100th episode airing next week, it doesn’t just hold up – it kills.  Based on showrunner Adam F. Goldberg’s actual childhood, The Goldbergs is a relentlessly funny and endlessly relatable exploration of an average American family navigating its way through one of the most iconic and influential decades the world has ever experienced.  As far as sitcoms and TV families go, The Goldbergs is the new gold standard.

I love how the show employs a voiceover to narrate every episode.  The main protagonist is a young Adam Goldberg (Sean Giambrone), so hearing these stories told from the rose-tinted point of view he’s got as an adult really reinforces the idea that this was the most definitive and memorable time in Adam’s life.  The voiceover itself is reminiscent of Fred Savage’s narration in The Wonder Years, a show that started airing in 1988 (the year I was born, coincidentally).  Family shows have always been a hot commodity in the world of primetime television, but there’s something about a comedic period piece that really seems to resonate with viewers.  Just look at Fresh off the Boat and That ‘70s Show.

The best part to me is the endless well of reality Goldberg has to draw from when developing the on-screen interpretations of his family members. He didn’t create them from scratch, he molded them from the clay of his real-life experiences. Adam’s parents, Murray (Jeff Garlin) and Beverly (Wendi McLendon-Covey), are as hilarious as they are in love with their family, but without the bevy of actual human experiences that was used to round them out their characters and the strong personalities they came with ran the risk of coming off as two-dimensional. Fortunately, that’s not the case.

Beverly G is your classic over-bearing mother.  She will love you, and take care of you, and remind you that you’re her baby for much longer than you’d probably like, and God help you if you try to stop her.  Like every member of her family, however, at the end of the day she’s coming from a place of love, even if the way she shows it can be flat-out crazy.  (Like the time she faked a poltergeist in the TV so she could scare some cuddles out of little Adam. You know, that old chestnut.) 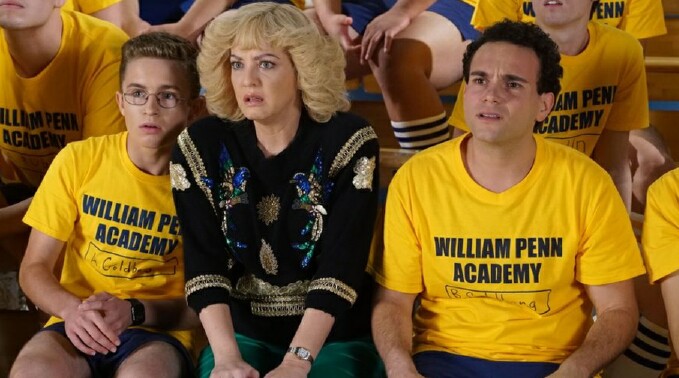 Barry (Troy Gentile, pictured above right with Giambrone and McLendon-Covey) and Erica (Hayley Orrantia) are Adam’s older siblings, and at their core they too are classic ‘80s archetypes.  Barry is the oldest son, which unofficially makes him dad’s favorite, and Erica can get 20 dollars for damn near anything if she says it’s for “girl stuff.”  In that same way, Adam is his Mom’s favorite, mainly because as the youngest he’s the closest thing to one of her babies that she’s got left.  And of course there’s Grandpa, aka “Pops”, aka Albert Solomon (George Segal, pictured at top with Giambrone) -- the epitome of cool.  He might be getting up there in years, but he’s tight with our protagonist, and when he’s not teaching his grandson the finer points of “the game” he’s usually calling out Bev for one of her over-the-top antics again.

The thing that keeps The Goldbergs alive (besides the real Adam F. Goldberg immortalizing them with a television show) is the fact that there isn’t a rigid timeline being followed.  Almost every episode starts with grown-up Adam (who’s voiced by the legendary Patton Oswalt, I might add) saying something like, “It was April 4th, 1980-something.”  It’s a reminder that the person telling these stories, besides obviously being enamored by that time in his life, also doesn’t have a perfect memory.  That’s why something that happened in 1984 and something that happened in 1988 can happen in the same episode, and that’s why no one ever really ages, even though the series has been on for an actual five years at this point.  He’s remembering his formative years fondly, and with so much to geek out over -- neon colored clothing, Star Wars, cringe-worthy family portraits and scrambled “nudie” channels -- who cares about the minutia of dates and times?

The takeaway here is that Adam loves his family.  His eccentric mom and brother, emotionally unavailable father, partner-in-crime grandfather and surprisingly normal sister are more important to him than any vintage Star Wars T-shirt or episode of Who’s the Boss ever could be, and The Goldbergs is an ode to that sentiment.

I used to think the best thing to come out of the ‘80s was me.  I stand corrected.

The 100th episode of The Goldbergs will be telecast Wednesday October 25 at 8 p.m. on ABC.