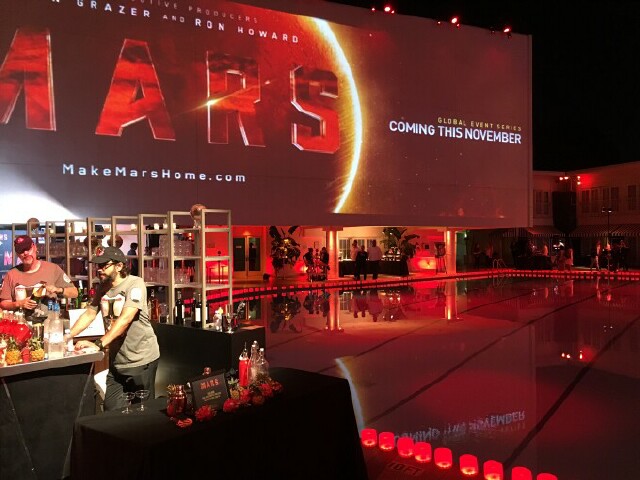 Beverly Hills, CA – One of the hot topics during the cable days at the Summer 2016 Television Critics Association tour was commercials – or, rather, the reduction thereof. Two top network groups – Turner Networks and National Geographic Television Networks – are leading the charge toward fewer commercials in their programming, resulting in more time for producers to tell their stories, more content for viewers to enjoy and higher prices for advertisers who want to be included in certain of their shows.

“We are now on our way to realizing our vision of becoming the world’s leading destination for premium science, adventure and exploration programming,” National Geographic Television Networks CEO Courteney Monroe told TCA members on Saturday. “And an important component of our new premium strategy is ensuring that we deliver a premium viewing experience for our audience. So beginning this fall on National Geographic Channel, we are reducing our commercial load up to 50 percent. Not only will this create a more immersive viewing experience, but it [will] also provide a less cluttered environment for our advertising partners.”

One of the first big programs to enjoy reduced commercial loads on Nat Geo Channel will be “Mars,” a six-part limited series that blends scripted drama with documentary verite that Monroe said will be the “centerpiece” of the network's new premium programming strategy.  Nat Geo is so high on this project that it launched the Summer TCA last Tuesday night with a special “Mars”-themed party around the pool at the Beverly Hilton hotel (see photo above), site of this almost three-week tour.

Critics were curious to know how National Geographic Channel could produce its most expensive programming ever while cutting its commercial load in half.

“How do we make any money?” Monroe asked, inciting laughter from the room. “Is that your question?”

“Well, we are absolutely significantly investing more in both production and in marketing in support of this premium strategy,” Monroe said. "We’ve actually seen more excitement than ever from the advertising community around this new strategy and also around the opportunity to partner with us not just on the linear television network, but across the entire portfolio of assets that is National Geographic. So ‘Mars’ is going to be much more than just a television [program]. There’s a magazine story. There’s kids’ media. There’s digital. It offers advertisers a way to partner with us beyond just on the television network. The excitement and the opportunity we see is much greater with this new strategy.

“Also, with fewer advertising messages on each of these shows, it’s a much more premium environment for advertising partners,” she added. “So you can charge a premium for that.”

The following day Kevin Reilly, President of TNT and TBS and Chief Creative Officer for Turner Entertainment Networks, told the TCA that he thinks Turner has “really taken the lead position on television with limited commercial interruption.  [New drama series] ‘Animal Kingdom’ is on [with] ten minutes’ more content per episode. We are doing very deep impact studies on this for our clients and for the marketplace. I will just say right now that we’re seeing very, very good results with that. Not only is commercial viewing higher, so we have less tune out during the commercial pods, but we are also seeing a nice ratings lift. “I think that is partly one of the reasons why we’re seeing week-to-week growth; that and it happens to be an excellent show,” he continued. “But what we really wanted to see is, [would there be] less [audience] dips during the commercials.”

That’s exactly what has happened, Reilly added. “And we have seen already indications that there will be higher brand recall."

Reflecting on activity during the last two months, Reilly noted, “We did write deals against limited commercial interruption during this year’s Upfront; there has been a nice robust response in the business community to that with our partners, and we’re going to be sharing a lot of data about that, because we want to see that happen across the dial in television."

Reilly then made perhaps his strongest point: "We’re not going to be able to go at it alone. I want to do it across the board. We are committed now to all of the dramas on TNT. That’s a huge statement and has led the industry. It’s been embraced by the advertising community. It is being emulated now by some other competitors. If we’re the only two networks doing it, it’s not going to change the industry and we’re going to have to go back. But I believe that everybody knows it’s time to make that change, and I think the data points in the right direction.”

One critic wanted to know what the response to this had been from the creative community.

“The showrunners love it, obviously,” Reilly said. “Now they’ve got to generate the material, so sometimes it’s like, be careful what you wish for, because you have to be able to add ten minutes, and that is not insignificant.

“Look, nobody wants enormous interruptions in the middle of their stories, so they have been completely embracing of it,” he continued. “We just had to commit to saying we are going to be the best. We’re going to be the gold standard on commercial television.  I think that’s meaningful to the artist.  The truth is, unfortunately, a lot of the creators, the executives [and] the advertisers tend not to watch [our] shows on the air. When you sit back and watch, you really see the difference. We’ve done studies in focus groups where the viewers say that its better and [they] prefer it and [are] well aware of it while watching.”

Reilly added that while commercial loads have been reduced, the number of commercial breaks in shows remains the same. But each break is shorter. “We’re still playing with that as well,” he said.