At TCA Tours, Broadcast is Still the Game to Beat 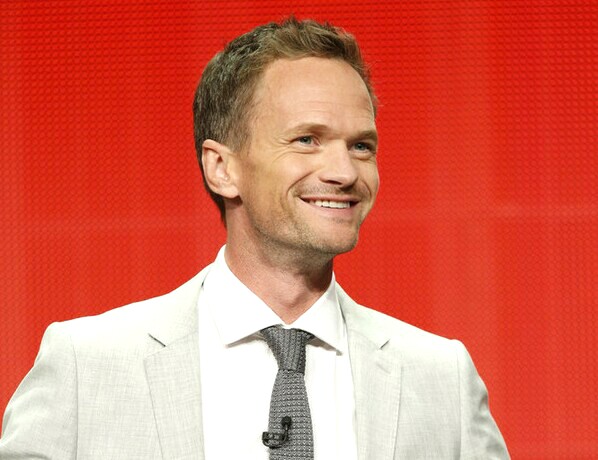 It’s been a week since the 2015 Summer Television Critics Association tour came to an end – with a full day of panels by NBC, an experience that left many of the critics and reporters there believing that a broadcast network should never occupy the last day of any tour, especially in the summer. That’s because broadcast network days are still regarded by many of their editors and publishers, if not by the journalists and bloggers themselves, as the most important, simply because they tend to be jammed with panels for new fall or midseason series.

This NBC day was no exception, starting off with former “Tonight Show” host Jay Leno, on hand to promote his CNBC series “Jay’s Garage” and also offer relevant commentary on the many recent changes in late night.

Leno’s session was followed by a press conference with NBC Entertainment Chairman Bob Greenblatt (at which much of the talk was all about former "Celebrity Apprentice" host Donald Trump) and panels for Dick Wolf’s latest Windy City drama “Chicago Med,” “NFL Sunday Night Football,” the upcoming sitcom “Truth Be Told” (formerly “People are Talking”), new dramas “Blindspot” and “The Player,” the made-for-NBC movie “Coat of Many Colors” (inspired by the music of Dolly Parton, who was on hand to promote the project), live comedy series “Best Time Ever with Neil Patrick Harris” (Harris is pictured at top) and the limited series “Heroes Reborn.”

It was a lot to process on Day 17 of the tour, after more than 125 press conferences plus other activities, not to mention daily and nightly writing, blogging, posting and tweeting.

Sometimes the scheduling of these things can’t be helped, as they involve dozens of different pieces of a complex puzzle that have to be put together to make them work. In this instance, NBC put together a very full and dynamic day, and it was not a failure by any means, but it probably wasn’t as effective as it could have been, coming at a time when most of the critics on hand were preoccupied with so much else including preparing to return home. (Also, quite a few critics left that morning, having assumed when the tour schedule was first released that the second of NBC’s two days would go to its cable networks and having opted to miss that one for whatever reason. Unfortunately, they ended up missing one of the most important days of the tour.)

Of course, someone at TCA gatherings has to go last, but better it be the cable portion of the tour, or PBS, because not every session during their days is one that is essential for many of the critics in attendance. (Personally, I hate to miss any of them, especially panels by PBS, because even if they don’t concern programs that I might choose to write about they are usually incredibly interesting and informative.)

This brings up an interesting point. The day-to-day buzz and excitement and forward-thinking of our media world tends to focus on the original programming available on premium and basic cable networks and streaming services. It’s all “Game of Thrones” and “Silicon Valley” and “Homeland” and “Masters of Sex” and “Fargo” and “American Horror Story” and “The Walking Dead” and “Better Call Saul” and “Outlander” and “Transparent” and “House of Cards” and “Orange is the New Black” and “The Daily Show” and “Inside Amy Schumer.”

And yet, even if HBO and Netflix and FX and the rest host very successful full days or individual sessions, they don’t necessarily fill to capacity the International Ballroom at the Beverly Hilton hotel (home of the summer TCA tour) or the Grand Ballroom at the Langham Huntington Hotel in Pasadena (site of the annual winter tour). Of course, certain HBO sessions do pack the place if they involve giant stars or major newsmakers, but they are the exceptions.

The bottom line is that, despite all the fretful prognostications about broadcasters lumbering off to the tar pits, for the media that covers television, as represented by the hundreds of critics and reporters who are members of the TCA and their employers, broadcast is still the game to beat, largely because the programming on CBS, NBC, ABC, Fox and The CW typically reaches audiences that are so large it eclipses everything else.

Also, as CBS’ Nina Tassler said during her session, “distinctions between television and streaming companies miss the point.” Broadcast programming doesn’t simply power broadcast networks; it also fuels a host of other established and emerging platforms and distribution services. As its tail grows increasingly longer it becomes increasingly important. And the best way for the press to get the jump on new broadcast fare is by attending broadcast days at TCA. Missing panels at this tour for ABC's "The Muppets" or Fox's "Scream Queens" would have been unthinkable.

The fact is, being in the room for presentations of frequently insipid sitcoms (many certain to be yanked or cancelled by Thanksgiving) still takes priority at most media outlets over sessions for new shows on Netflix or AMC or Starz. Does that explain the disproportionate emphasis on broadcast programming at TCA tours? It’s possible, but I think it’s more a matter of tradition – timeless, timely, tired or otherwise.