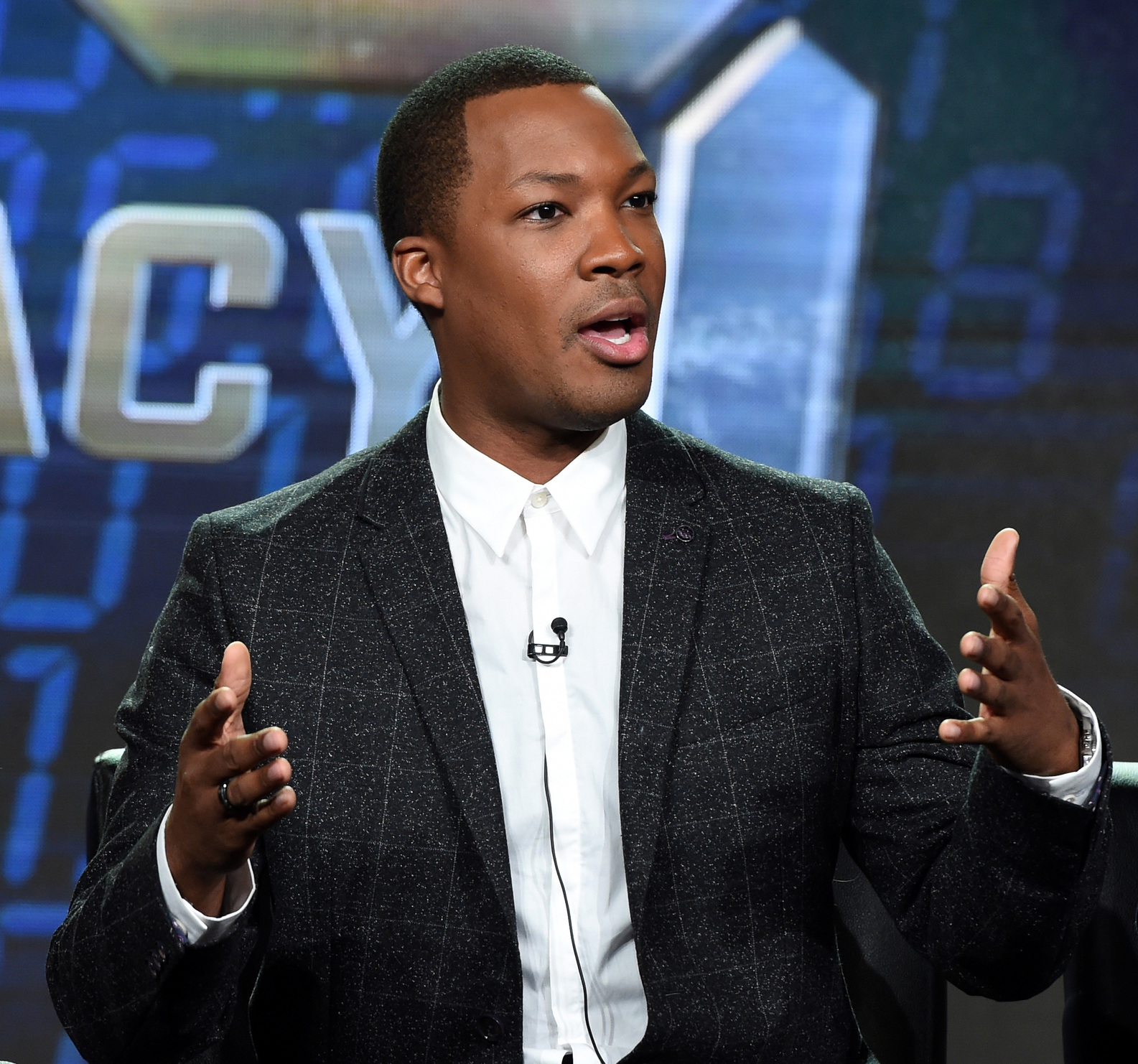 Pasadena, CA – All in, 24 is much more than just a legacy television series property at Fox. It has been and remains a groundbreaking multi-media franchise that continues to redefine visual entertainment content.  Remember, there had never been a show told in “real time” before the original 24 came along, and it was the first franchise to have a companion series -- 24: Conspiracy -- produced exclusively for mobile viewing, back in 2005 before mobile was really a thing. (The single "season" produced of 24: Conspiracy consisted of 24 one-minute episodes.) I was reminded of this once again during Fox’s day at the Winter 2017 Television Critics Association tour, which included a panel for the upcoming sequel series titled 24: Legacy, but also offered a high-tech experience showcasing The Raid, a virtual reality prequel to this sequel, produced in tandem with Samsung.

Fox Television Group Co-Chairman and Co-CEO Gary Newman spoke briefly about it during his press session with critics, which opened Fox’s day. (Newman is the only broadcast network chief other than The CW's Mark Pedowitz who agreed to take the stage at this tour during his or her network’s day at TCA.) When reminded by a reporter that he has spoken in the past about the need to change the basic broadcast advertising model, he replied, “We continue to work with the agencies and brands and talk about new ways of brands connecting with our shows and connecting with our audiences. We’re very careful about integrating brands into our shows. We think, by and large, consumers want an experience where they can immerse themselves in our world and not have too many commercial messages sent to them within the body of our work.

“That being said, if we can find new ways of connecting and bringing value to our brands, we’re going to do that,” Newman continued. “You will see a lot of off-air integrations and off-air connections between brands and our shows.” 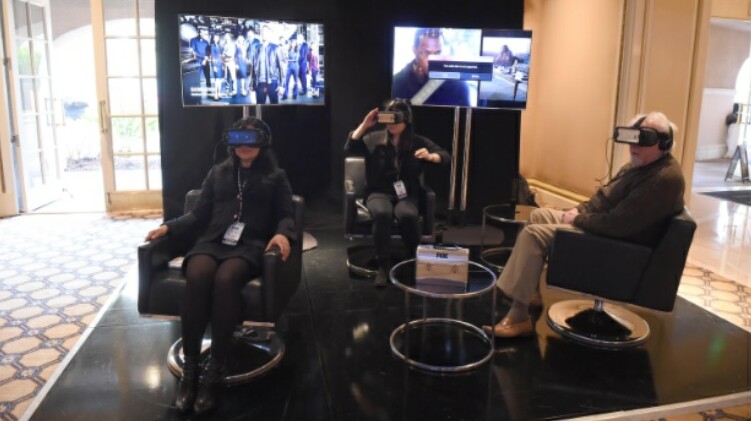 A display showcasing one such integration – a VR prequel to 24: Legacy titled The Raid, produced with Samsung – happened to be located outside the Langham Huntington Hotel ballroom where most TCA press sessions take place.  (See images above and below.) 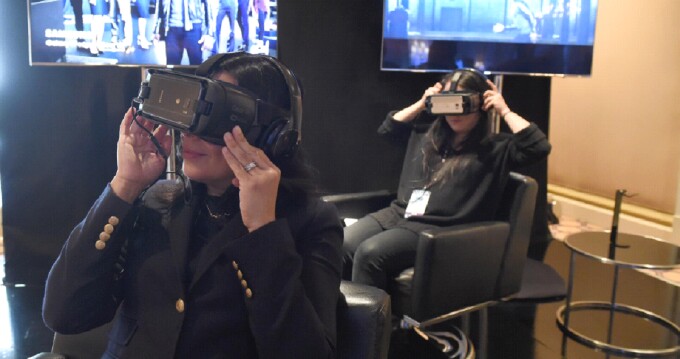 “We’re finding that brands like connecting with our shows, but most of that is actually co-marketing off air,” Newman said.

The Raid, produced by Howard Gordon (an executive producer of the past and present 24 television series, as well as Showtime’s Homeland) in partnership with Here Be Dragons, is an original prequel to 24: Legacy that sets up the storyline and introduces the characters in the latter. Viewers need Samsung Gear VR, powered by Oculus, and a Samsung smartphone to be fully immersed in the story of an ongoing broadcast television series to a degree that has never before been undertaken. 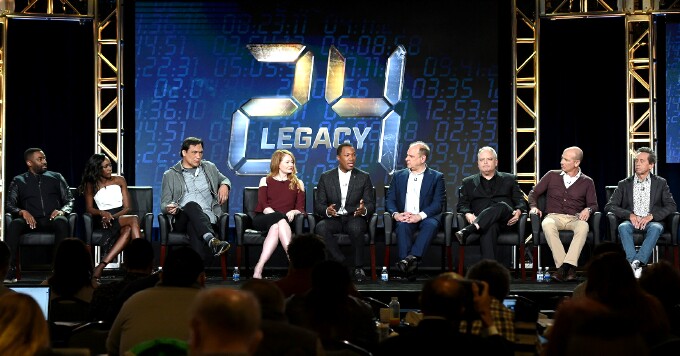 When 24: Legacy begins, viewers will learn that six months earlier in Yemen an elite squad of U.S. Army Rangers led by Sergeant Eric Carter (Corey Hawkins, pictured at top) killed a terrorist leader named Ibrahim Bin-Khalid. (The cast and producers of 24: Legacy are pictured above.)  In the aftermath, Bin-Khalid's followers declared a fatwah against Carter, his squad and their families, forcing them into federal witness protection.  This show being part of the 24 franchise, witness protection of course doesn’t provide the level of safety and security one might expect, prompting Carter to seek help from former National CTU Director Rebecca Ingram (Miranda Otto), whose husband, a senator, is running for President of the United States (because a 24 story just wouldn't be the same without a president on the mix). The discovery of a massive sophisticated terror network follows (because, again, this show has 24 in the title).

The Raid begins nine months before 24: Legacy begins, and via VR it places the viewer in the center of the attack on Bin-Khalid’s compound by Carter and his team of Special Forces soldiers.  It also includes scenes of Ingram, then the director of CTU (and not yet married), overseeing the mission.

Talking about the differences between Jack Bauer (24 legend Kiefer Sutherland) and his character, Hawkins said, "There are things that Eric just isn’t comfortable doing. He is sort of an average human being with extraordinary [abilities] in terms of being a soldier. But the rules of engagement are very different on the home front, and there’s an adjustment period that we’re going to have to sort of watch him stumble through messily and watch him get through. It doesn’t take anything off the table because he still has a job to do." 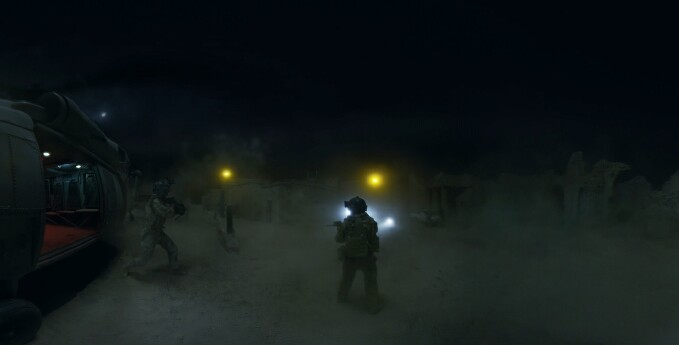 The Raid (pictured above) can be viewed here without benefit of VR.