“Awkwafina Is Nora from Queens” Has All the Millennial Feels 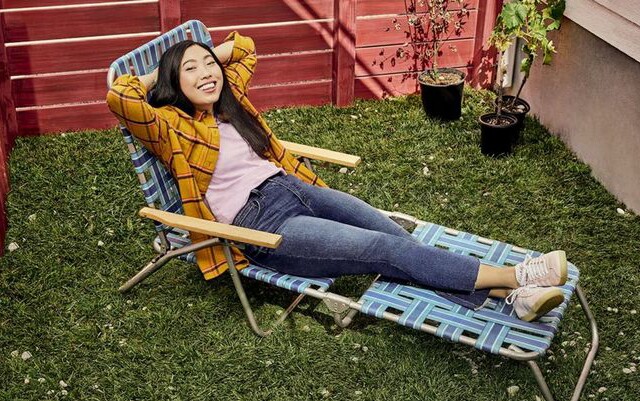 Awkwafina’s no newbie when it comes to big screen comedy.  Long before Comedy Central gave homegirl her own show, Awkwafina Is Nora from Queens, she had me with hits like Neighbors 2, Ocean’s Eight and Crazy Rich Asians (not to mention her classic episode on YouTube Premium’s Weird City).  Now, ‘Fina’s breakin’ it down every Wednesday night on the same network that brought us the magnificent Broad City.  This one comes from good stock, folks, and the proof is in the pot-enriched pudding.

Created by Awkwafina and Teresa Hsiao (who produced Fresh Off the Boat), Awkwafina Is Nora from Queens follows 27 year-old Nora Lin, played by Awkwafina (obviously), who still lives at home with her grandmother and father (Lori Tan Chinn and BD Wong, respectively) in my birthplace, Queens, New York (where I was known as AJ).  The blueprint of this series is very Broad City-esque:  A mid-to-late twenty-something who smokes bud and is all around pretty chill has to tackle the harsh and ever-mounting realities of adult life.  (I hate when that happens.)  All of this sits directly on top of that same vibe of universal acceptance in terms of genders and sexual preferences that also ran through the previously named New York-based comedy.  Chris Gethard -- who played Ilana’s boss at Sales Sales Sales on Broad -- even makes a guest appearance at one point.

In Awkwafina, instead of watching Abbi Abrams (played by Abbi Jacobson) and Ilana Wexler (Ilana Glazer) try to figure out life, we watch Nora and her grandma, with a dash of her cousin (played by Saturday Night Live’s first-ever Asian cast member, Bowen Yang), taking it on.  Yes, Nora does the heavy lifting as far as the uber-watchable “over-the-topness” of it all goes, but just like on Fresh Off the Boat, a cooler-than-humanly-possible grandma (Lori Tan Chinn) goes a long way on this one, too.

Don’t get it twisted, though.  Even with all the similarities to its sister series, Nora is an animal all its own.  This show captures a debatably identical but technically different subset of Millennial culture.  Nora, other people in their mid-to-late twenties, and people like myself (in their very early thirties) exist in an age where the standard beaten paths of life have faded beyond recognition.  There are new lanes out here, brody, and the people in the aforementioned groups have had to grapple with the possibility of being left behind, so to speak, in a pretty different way than their predecessors.  Sure, it wasn’t always possible to just be a coder, and most people from my parents’ generation are still wrapping their heads around whatever the hell an “influencer” is, but taking the standard four-years-of-college route, or obligatorily following in the footsteps of a parent’s occupation of choice, is not only way less of a guarantee than it once was, it can also be unfulfilling as f**k.

Nora hits that nail directly on its antiquated head, and while it doesn’t necessarily provide any direct solutions to the problem, one thing always shines through: Nora loves her family.  Their support is paramount, as is being kind to one’s self in these situations, and that sentiment comes across loud and clear.

Awkwafina is hilarious as hell, by the way.  I mean, really.  Like, that should’ve been the headline on this one, but to be honest there’s so much more to this show than just how dope its lead is.  BD Wong, for example, delivers yet another performance that adds to the ultra-versatile body of work under his belt.  His iconic role in the Jurassic Park franchise, not to mention his roles on Law and OrderandMr. Robot, secured him a place on my radar, and his ability to be one of those “serious actors” who can dabble in the fine art of comedy is what makes his reserved yet consistently funny performance that much better.

Grandma is that true shining star of this thing when all is said and done, though. Not only is she an occasionally foul-mouthed badass, it’s also her relationship with Nora that provides 75% of the emotional anchor in this show.  As the series progresses that relationship becomes more and more invaluable, and unlike Fresh Off the Boat, it won’t start to run out of material when the kids grow up, because Nora is already there.  The Tri-State area is rife with possibilities, and the real-life comedy landscape is teeming with suitable future guest stars.  Some already on the roster are Saturday Night Live’s Melissa Villaseñor, Orange Is the New Black’s Laverne Cox, Russian Doll’s Natasha Leone and the Daily Show’s Jaboukie Young-White, among so many others that I don’t have the space to name them.  (Alright, I do have the space, but I don’t want to take all the fun out of watching this show, so I won’t.)

Have I made clear thatAwkwafina Is Nora from Queens(which may have the most to-the-point title ever conceived) is as funny as anything else on television?  Maybe it should have been titled Awkwafina Is Hilarious as Hell (which would have been just as accurate).  If I had a show -– call it Ainsley Is AJ from Queens -- I’d bring Nora, Abbie and Ilana together, sit back, light up and wait for the magic to happen.

Awkwafina Is Nora from Queens is telecast Wednesday at 10:30 p.m. on Comedy Central.