Aziz Ansari Navigates Life and Love in "Master of None" 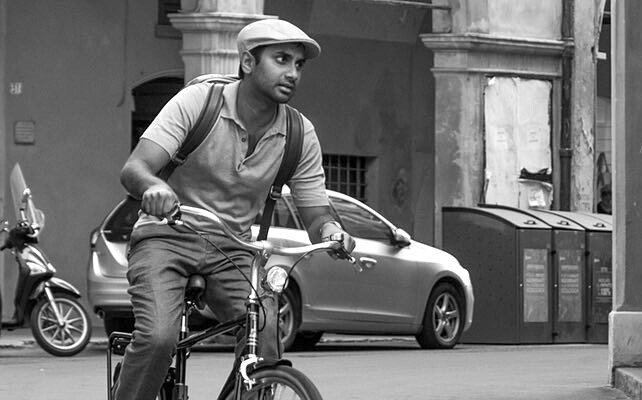 Master of None’s second season is amazing.  Created by Aziz Ansari and Alan Yang, it’s the perfect follow-up to their already classic first season on Netflix.  The show centers on Dev (Aziz Ansari), a 30-year-old actor from New York, and each episode focuses on a specific theme -- Indians on TV, old people, dating, etc. -- andon the ups and downs of his friendships, romantic endeavors and career. Filtered through Ansari’s trademark humor, the show also provides an insightful look at life through the eyes of several different types of everyday people in an amatory way that really shows Yang and Ansari’s deep understanding of human nature and shared belief in the idea that we’re all fundamentally the same.

There is no recurring theme song or specific format for Master of None.  Every episode is beautifully framed, chock-full of comedy, and has a different, yet equally impactful soundtrack than the last.  This series is dedicated to having a very artistic look, even going as far as a being presented in the CinemaScope 2.35:1 aspect ratio (which is a style normally reserved for feature films and is a bit wider than normal 1080p widescreen).  This purposeful attention to detail is present throughout the series, from the meticulous set designs to the well-crafted narratives, and everything is so well put together, and presented so authentically, it almost feels like Ansari’s own version of Louis CK’s Louie(a comparison that I not only don’t make lightly, but also don’t mean in a way that takes away from the individuality of Master of None).

Ansari’s supporting cast fleshes out the show in a pretty spectacular way.  Dev’s best friends Arnold and Denise (played by Eric Wareheim and Lena Waithe, respectively) are each hilarious in their own right.  Dev’s parents, Ramesh and Nisha, occasionally provide a heartwarming bit of laughter themselves, and happen to be Aziz’s real-life parents, Shoukath and Fatima Ansari.  There are also random appearances from stars like Bobby Cannavale, H. Jon Benjamin, Todd Barry, Danielle Brooks, Claire Danes, Angela Bassett and Erica Mena, among others.

The beauty of Master of None is how relatable it is.  It works if you’re young, old, a new parent, a parent with adult children, a first generation immigrant or a quirky twenty-something female.  If you’re a fan of Ansari’s style of humor that’s a plus, but it’s not necessarily a prerequisite.  Sure, being a fan helps, but honestly, the show keeps things so fresh with every episode that one could very easily have never heard of Ansari and it would still find it entertaining as hell.

During the first season, we follow Dev while he navigates the hedge maze that is modern-day dating.  Eventually, we get an inside look at what it’s like for two people to figure out how to get along when that warm and fuzzy honeymoon phase ends.  In the second season (*minor spoiler alert*), we follow Dev back into the app-based world of dating that’s now mostly been taken over by the cynical and the jaded.  Towards the end of the season however, the focus is on Dev’s seemingly unrequited feelings for a woman he met during his pasta apprenticeship in Italy, and how he deals with the fact that she’s soon-to-be married (not to him, obviously).

The second season’s first episode opens up in black and white (see photo at top) and follows Dev through a small town in Italy where he’s been living for the better part of a year, learning to make pasta and speak Italian.  Italian is actually the only language spoken for the entire episode.  It is yet another artfully unexpected move that, if nothing else, shows just how different this show is from the rest.

It seems one can’t look at a screen these days without seeing an ad for some “new” comedy that really wants to be a drama, or some drama that thinks it’s funnier than it really is, and more often than not they tend to miss their marks.  Master of None always hits the bulls-eye.  The big surprise here, at least to me, is that it came from Ansari in the first place.  When one thinks of him, it’s easy to equate him with his role as the superficial, vapid Tom Haverford of Parks and Recreation, or even with the “I’m-so-confident-I-yell-a-lot-sometimes” comedic style he tends to wield during his stand-up comedy specials.

Master of None, however, doesn’t throw a character in our face.  It does the three things that most great shows do: 1) It surprises us, 2) It centers on a character who’s entertaining yet down to Earth, and 3) It's filled with characters we actually want to give a shit about.  There’s something special about comedy that chooses to be smart and not pander to the masses.  Master of None is about as special as it gets.