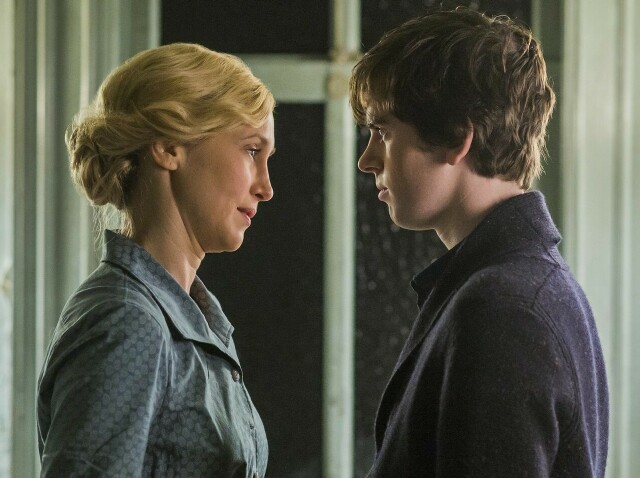 Fox’s The Exorcist wasn’t the only series based on a classic horror movie this year to deliver on the promise of its premise. In its fourth season, A&E’s Pyscho-inspired Bates Motel – an updated retelling of the story of “smother” Norma Bates and her twisted son Norman, dove deeper into the minds of its main characters than it had before, with results that were catastrophic for them and galvanizing for viewers.

By the time the season of extreme psychodrama was over, teenager Norman had murdered his mother and then “become” her, enhanced by a toxic blend of hormonal rampages and homicidal outbursts. Freddie Highmore, as Norman, gave one of the best performances of the year in one (or would that be two?) of the most demanding roles in any series currently competing for the limelight in the era of Peak TV.  Vera Farmiga, as the increasingly neurotic Norma, was absolutely heartbreaking at the end – distraught, powerless and, ultimately, doomed. (Farmiga and Highmore are pictured at top and below.)

I imagine that the fifth season of Bates Motel will be brimming with scenes of violence and terror as Norman/Norma really cuts loose. Norman already has a couple of killings to his credit, but – as the demon-possessed Casey Rance menacingly said a couple of weeks back on The Exorcistbefore beginning a thwarted head spin -- it’s “time to give the people what they want.”

Here’s hoping, though, that Bates Motel doesn’t go too far, as has The Exorcist when it suddenly became an unbalanced story of rampant evil unchecked. The classic franchise’s essential narrative thread about the unconquerable power of love was severed with the violent death of Chris MacNeil. And did we need a plot about nuns being slaughtered by an emissary of Satan in the supposed safety of their convent in an episode than was telecast two weeks before Christmas? It’s enough to make me reconsider my inclusion of this show among my Top 25 of 2016 -- almost.

Meanwhile, and of greater concern, it seems AMC’s The Walking Dead has even more egregiously compromised its story with its embrace of the goofy and ghoulish Negan and his beloved barbed-wire baseball bat Lucille, which has rendered the show unbearably unpleasant, rather than thrilling and/or frightening, as it had always been. The entertainment media also made the mistake of assuming that Lucille would be (you should pardon the expression) a hit with fans in much the same way that the mainstream media assumed Hillary Clinton would stroll into the Oval Office. 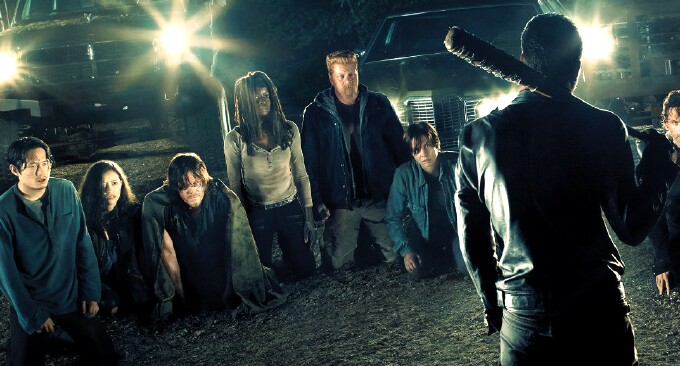 I’ve turned away from The Walking Dead this fall, as have millions of other viewers, and I doubt I will ever go back. Not even the feverish enthusiasm of Chris Hardwick and his guests on Talking Dead, which I have continued to check in on, has convinced me to change my mind. Surviving ravenous hordes of flesh-eating zombies is more interesting to me than struggling in the grip of power-mad bullies intent on dominating society in whatever form the latter may take. I get enough of that in real life.

To end on an up note, Talking Dead remains one of the most interesting success stories on all of television – a super-simple interactive live talk show that exists only to promote two of its network’s most popular programs (The Walking Dead and Fear the Walking Dead) that costs almost nothing to produce and has achieved higher ratings among young adult viewers than almost anything else on TV. Not everything on television has to be a demanding or draining experience.