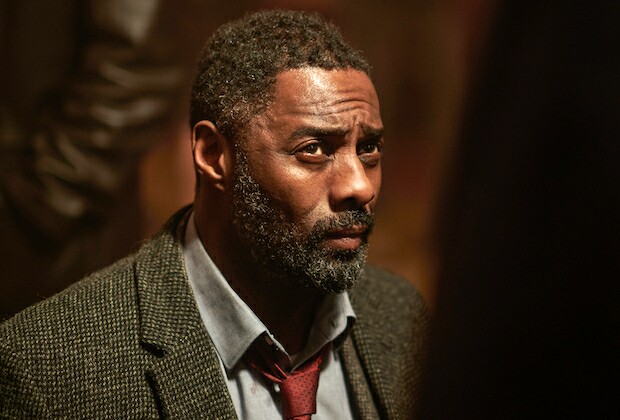 Call me “late to the party” if you want, but I just recently watched all five seasons of BBC America’s Luther,and honestly, it was so damn good that it shifted my opinion of the television industry as a whole.  Currently there are only four available seasons, or series (as the say across the pond), available in the United States.  Luckily, I was able to screen the yet-to-be-released fifth series, and it truly was, in a word, mind-blowing.  So, let’s talk about how Luther ticks, why the show is so dope, and why it’s absolutely worth setting your DVR for that June 2 series five premiere.

First, the obvious stuff.  Idris Elba, who stars as broad-shouldered Detective Chief Inspector John Luther, is nothing short of spectacular in this gritty English crime drama. Series one opens with John doing what he does best -- chasing down a perp. Unfortunately, this particular perp falls from a janky warehouse walkway during the pursuit.  John, accused of letting him fall, gets placed on psychiatric leave for a bit (about two years, if I’m not mistaken), and that chain of events becomes the point of origin for pretty much every conflict in the show going forward.

Elba does not waste a single second of his time on-screen.  John Luther is an incredibly complex and, frankly, tortured character.  This must be why Elba seems to squeeze each of his lines for every last drop of meaning or subtext, and constantly gives a multi-layered performance with hella nuance.  Just, so much nuance.

The actors surrounding him throughout the show are top of the line, as well.  Yeah, we get a little bit of a musical-chairs vibe with every new season, but the quality of the performances never changes for the worst when it comes to the supporting actors.  Not counting the abundance of sickos and murderers running about on this show, I’m actually hard pressed to think of a main character that I didn’t like.  No, wait.  There’s DCI Erin Gray (played by Nikki Amuka-Bird), who was … the worst.  Don’t get me wrong, I love Nikki A.’s performance, and she definitely plays her character to painful perfection.  I just didn’t care for Gray’s unrelenting distrust of Luther, because I like the guy so damn much.

John Luther is exceptionally good at his job, which is good, because he’s definitely not a traffic cop.  John works for what is essentially the British version of Special Victims Unit, which means when he can’t get his job done innocent people die and continue to do so in increasingly horrific ways while the murderers walk.  The other side of that coin is that John’s, erm, passionate, and that passion usually means breaking a door, or a window, or a rule, or a law.

Thing is, no matter what John seems like he’s trying to do, it’s always some version of whatever “the right thing” is, but that doesn’t really matter.  To some, John is just an unfit, unruly cop who’s keeps finding ways to avoid justice.  Sure, as viewers we know the truth, but that doesn’t help him.  This show also has a way of killing off the people who know of John’s innocence, or -- its favorite move -- someone puts John in a compromising position, documents it, and then blackmails him, putting him in yet another position where he can’t just tell the truth.  For the record, DCI Luther does do some questionable things from time to time, but I dare you to find an instance when his endgame wasn’t criminal justice or saving someone’s life.  This was probably my biggest issue with the aforementioned DCI Erin Gray.  Having a little faith probably would’ve saved her and everyone else a lot of trouble.

Another interesting aspect of the show is it’s ever-fluctuating number of episodes per season.  Series one has six, two and three have four each, four has only got two, and five has four again.  This was one of the things that initially confused me, because a two-episode season just doesn’t make sense where I come from.  On the other hand, maybe that’s all the story the writers felt they’d need for that season, and maybe their network trusted them enough to let that rock.  I don’t know.  But it has worked.

My all-around favorite aspect of Luther, besides every moment that its title character spends on screen, is how down for Luther the people who’ve really got his back are.  His supervisor from series one, DSU Rose Teller (Saskia Reeves), constantly kept the higher-ups at bay for John, at least until she lost faith in him.  DS Justin Ripley (Warren Brown) had moments when he questioned John’s action a bit, but he never straight up betrayed him.  Same goes for DSU Martin Schenk (Dermot Crowley), and the hacker cop, Benny (Michael Smiley), who end up being John’s most extreme loyalists (including Ripley). Even that “alleged” murderer he’s been hanging out with, the infamous Alice Morgan (Ruth Wilson), always looked out for him.  Sure, she’s in what she thinks is love with him, and yes, there’s always the chance that she’ll flip and kill him (she is crazy), but then again, isn’t that every relationship?

The point is -- and this may actually be the genius behind having one-hour episodes and varying series lengths – Luther is compact.  There are a million things going on in every episode, yet it never bogs down.  The episodes are perfectly paced, never feeling too slow, too short, or too rushed, and yet the seasons are concise enough to leave viewers hungry for what’s next.  There also isn’t just one murder per episode.  There are many, and in the background, John still always has his personal life to figure out.

Unfortunately, his personal life and his work just can’t seem to stay separate. Thematically, I think the idea is that John’s vocation, his calling, is saving lives.  He couldn’t live with himself if he didn’t do it, but as long as he is doing it, he’ll suffer.  His relationships will suffer.  His loved ones will suffer.  Luther suffers … for us.