Bea Arthur Toppled Taboos in "Maude" and "The Golden Girls" 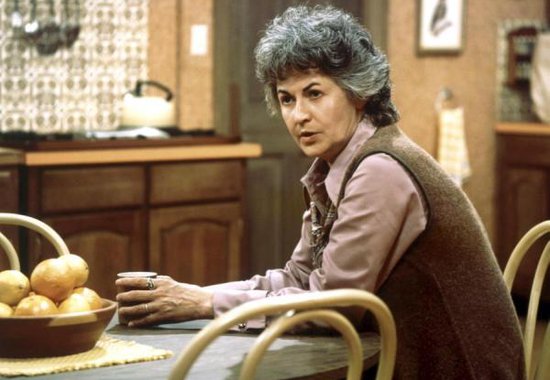 As Women's History Month continues, there's no better time to celebrate the women in television who advanced others on-screen, behind the scenes, or both -- at a time when women weren’t exactly welcome to do so. Those who come immediately to mind are the major female TV stars of the '50s, '60s and '70s whose work changed the game in one way or another. I'm struck by the fact that they accomplished so much -- often through the careful creation and protection of iconic television characters who motivated and inspired millions of women (and men, for that matter) to reach for more in life, while never failing to entertain. Sadly, there are now younger generations in place that are not familiar with them. This series will attempt to correct that.

Long before her now-legendary portrayal of Dorothy Zbornak on The Golden Girls, Bea Arthur broke every barrier television had established since its infancy with her portrayal of Maude Findlay on the Norman Lear sitcom Maude, as contemporary and controversial a comedy as ever there has been. It had a lot to do with its timing. For example, in an historic two-part episode that was telecast in November 1972, only two months after its premiere, Maude, then in her late 40s, became the first primetime character to have an abortion. She agonized over her decision, and it took a lot out of her. All sides of the debate were given their due as Maude's family and 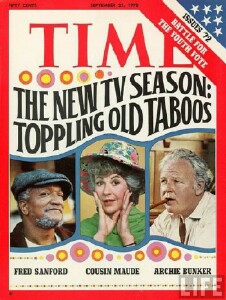 friends became involved, but that didn’t matter: The heavens rumbled, the ground shook, advertisers went wild and dozens of CBS affiliates refused to air the episodes. (Side note: The Supreme Court legalized abortion just a few weeks after the episodes were telecast.)

Once the country survived Maude's abortion, topical issues of the day became dominant themes in episodic television and made-for-television movies. People took Maude seriously, and that was due in every respect to Arthur's talents. She was given all sorts of challenges for Maude to grapple with during the series’ six-season run, including an abrupt "reunion" with a man who had sexually assaulted her many years before when they were teenagers. (That script could have been written today.) Maude also suffered menopausal and mental health problems, didn’t hold back on her opinions about the Vietnam War or Watergate (two hot-buttons of the day), talked endlessly about women’s liberation (which was in its infancy) and inclusion (before it was a popular term) and guided her husband Walter through a heart attack and a dispiriting bout of sexual disfunction. Except for All in the Family, where loud liberal Maude was first seen as Edith Bunker’s cousin and the nemesis of bombastic conservative Archie Bunker before being spun-off into her own destined-to-be-historic show, this had not been the stuff of primetime television.

When Maude made its debut the character was married to her fourth husband. Interestingly, just two years earlier CBS had refused to let Mary Richards be a divorcee on The Mary Tyler Moore Show. It may seem silly now, but as recently as the '70s divorce simply was not discussed in polite society. It was still considered scandalous. I don’t know the dates of Maude’s previous marriages, but she was every bit the trailblazer that the lyrics of the show’s theme song suggested:

That was only the half of it. Arthur literally steamrolled through the '70s as a character who broke taboos and busted balls with the best of them. One of the many things that makes her a marvel in the annals of television is that she was on the cusp of 50 when she moved over from theater and film to take on her first of two leading roles in top television shows. Imagine that happening today.

Then came the '80s, and The Golden Girls, a comedy that has remained as popular in syndicated reruns and on streaming services as I Love Lucy and Friends.  Television wasn't as terrified of characters in their later years then as it is now, but it was still wholly unexpected to see a comedy that revolved around four senior citizens -- and women at that. An enduring and endearing cultural phenomenon was born -- one that brought generations together to watch and enjoy (on Saturday nights, yet), and Arthur was right there at the center of it all. Golden Girls was more overtly played for laughs than Maude, but it was no less topical in its own right, never shying away from the challenges that people face in their later years.

An earlier version of this column was published in February 2019.

Also in this series: