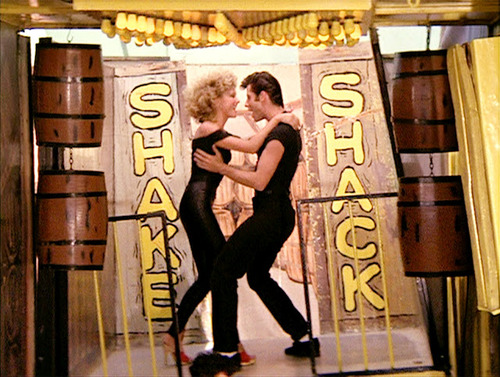 Fox made news Thursday with the announcement that Broadway musical star Aaron Tveit, whose credits on the Great White Way include “Les Miserables” and “Next to Normal,” will play Danny in its upcoming live presentation of “Grease,” scheduled for Sunday, January 31, 2016.

Danny is the role portrayed by John Travolta in the 1998 movie of this enduring stage classic. It will be a nice change for Tveit, whose talents haven’t exactly been maximized in recent years as one of the stars of the USA Network drama “Graceland.”

The Fox production of “Grease” will represent that network’s effort to enjoy some of the acclaim NBC received in December 2013 for its live production of “The Sound of Music.” NBC followed that up in December 2014 with a live presentation of “Peter Pan,” which proved far less exciting but was still impressive in certain ways (especially the staging).

As previously announced, Tveit’s co-stars in “Grease” will include Julianne Hough of ABC’s “Dancing with the Stars” as Sandy and Vanessa Hudgens of the three “High School Musical” movies as bad girl Rizzo. Those roles were played in the movie by Olivia Newton-John and Stockard Channing, respectively.

The sudden buzz about “Grease” on Thursday makes this the perfect time to present this gem from YouTube talent Andy Rehfeldt: A death-metal version of the iconic closing number from the movie that has to be seen to be believed. Danny and Sandy have never sounded more sinister. It was posted just last week.

If you like that, check out Rehfeldt’s similarly Satanic take on the unforgettable performance of “Supercalifragilisticexpialidocious” by Julie Andrews and Dick Van Dyke in the timeless classic “Mary Poppins.”

Which gets me to thinking … how long will it be before one of the networks decides to try a live presentation of “Poppins”? As fans of "Funny or Die" already know, Kristen Bell would be a delight in the title role.