BET Awards: Everything They Are Supposed to Be…and More 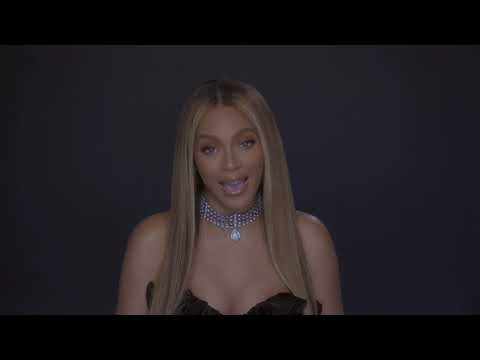 I don't think there's a person alive who wouldn't agree that life in general has been pretty far from "normal" as of late. After the implementation of social distancing guidelines that eventually turned into straight up laws because of the COVID-19 pandemic, and after the murder of George Floyd by Minneapolis law enforcement (which ignited a powder keg filled by over 400 years of racism and inequality), the world seems to have adopted somewhat of a survivalist mentality. Ballet classes, graduations, business meetings, you name it; almost everything is virtual now, out of necessity for the most part, and that fact doesn't change much once one adds television production to that list. The idea of an award show with no live audience, no huge venue, and no red carpet is an absurd one, or at least it was up until this past Sunday. That was the night BET proved just how close to perfect something like this can be, even when the rest of the world is being as far from perfect as possible.

Hosted by Actor/Comedian Amanda Seales, the 2020 BET Awards had the responsibility of addressing multiple events and issues throughout its two hour-long multi-platform stream. Not only did BET need to show its support for the Black Lives Matter movement, it also needed to celebrate its own 40-year anniversary as a network, as well as the simultaneous 20-year anniversary of the award show itself (which made its original debut in the year 2000).

The combination of 12-year old gospel singer Keedron Bryant's powerful rendition of "I Just Wanna Live," the updated version of "Fight the Power" performed by Public Enemy, Rapsody, Black Thought, YG, and Nas, and the poignant monologue by Seales that followed all came together perfectly, which helped set the tone for the rest of the evening (which was one of both much-needed levity and thoughtful awareness).

The format of the show remained relatively intact, as far as award shows go. There were opening performances, a monologue, short skits, more performances, and acceptance speeches, just as one would expect any other year. However, now that America is (mostly) operating under COVID rules, certain classic aspects of the live award show experience have gone by the wayside, and well, I noticed.

Sure, the things that were missing -- huge crowds, the red carpet, backstage cameras, green rooms, genuine in-the-moment reactions by celebs, over-thankers being ushered off the stage by pushy music, and better quality images than what one's webcam allows – weren't necessarily deal breakers, but again, their absence was felt. There's something dope about knowing that Megan Thee Stallion is actually in the same room as DaBaby, and being able to see real time reactions from a live audience who happens to be imbibing the same entertainment that you are.

Granted, this isa pandemic. I get it. Just like every other sector of life right now, things don't/can't work the way that they normally would, and it's for our own safety and the safety of others, which is paramount. However, in solving dilemmas like "how?" in the face of ideas like "the show must go on," BET landed on some pretty well executed solutions. Every performance during Sunday's two-hour celebration of blackness was recorded and performed separately by each artist's respective crews. This allowed for creative visuals and nearly flawless performances that, since they were performed live at the time of recording, still sounded the way live shows normally sound, which was a nice touch.

The separation also allowed for each of the performances to take place in a separate location, which further allowed each artist to utilize their respective settings in a way that expressed even more of their individuality. Megan performed her bit in the desert, which, among other things, gave her performances a Mad Max meets "California Love" vibe. Anderson Paak & Jay Rock did an amazing performance of "Lockdown" that, through great set design, camera work, and editing, felt like it was happening in the middle of a protest gone wrong the entire time. It was beautiful. So was D Smoke & SiR's performance, and Masego's performance, and don't even get me started on the powerful imagery at the top of DaBaby's performance.

Which brings us to the point: Did the presence of social distancing procedures allow us all a more controlled and effective edu-tainment experience during such a trying time in society? The easy answer is yes. Would I have loved to see the BET Awards in all its classic glory? Of course! There's nothing better than a room full of luxurious black folks celebrating themselves and their accomplishments in the face of a world that regularly denies them even the most basic of liberties. That said, besides the fact that safety is key on so many levels right now, there's also an added level of control that performing live the night of just doesn't provide. The messages being sent to the people, -- Seales' undeniably truthful opening monologue, the image of Alicia Keyes standing amongst the names of the unjustly fallen written in the street (a list that's become way too long), the present day news footage laid over the new lyrics of Chuck D's "Fight the Power" -- they all needed to be precise, and not subject to the tomfoolery and potential in the moment hiccups that come with live shows. The messages being sent this time around were too important, and BET knew that.

The 2020 BET Awards, simulcast for the first time by CBS, were everything they were supposed to be this year and then some, and truthfully, there was almost too much that happened for me to be able to squeeze something in about all my favorite parts (big shouts to Amanda Seales for her homages to classic BET shows like 106 & Parkand Rap City The Basementby the way). Beyoncé, the Queen Bey (pictured at top) herself, was presented the prestigious Humanitarian Award from none other than Black America's forever First Lady, Michelle Obama. I mean, what more could you I ask for? Well, besides equality and actual justice, obviously.