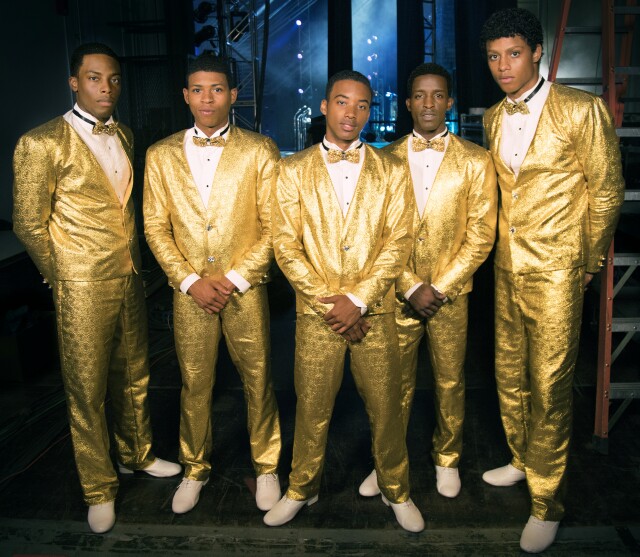 BET’s The New Edition Story is a three-part biographical miniseries that chronicles the history of, you guessed it, boy band movement progenitors New Edition. The musical dramas of late have continued to raise the bar in terms of production value, authenticity and star-powered involvement, but the journeys they take us on are usually fictional. This particular endeavor shares quite a few similarities (in a good way) with popular musical dramas like Empire and The Get Down, with one vital distinction: this story is true. I’ve only seen Part One, but I’m hooked.

For those who are unfamiliar, New Edition is a five-man band from Boston that paved the way for other groups including New Kids on the Block, N’Sync, Backstreet Boyz and Boyz II Men. Its original members were Ricky Bell, Michael Bivins, Ralph Tresvant, Ronnie Devoe and Bobby Brown. Part one of the miniseries follows the group from its inception in 1978, through the guys’ formative talent show days, and up until just before the events leading to Brown’s departure in 1984.

It opens on Brown (Woody McClain) being interrupted during his performance of “My Prerogative” by Bell Biv Devoe, a group comprised of three of his ex-bandmates. It seems he’s gone well over his allotted time, something he was apparently prone to do. A fight ensues both on- and off-stage. A gun is pulled, then fired, and before we can see what happens we’re rolled back to 1978 where it all began. 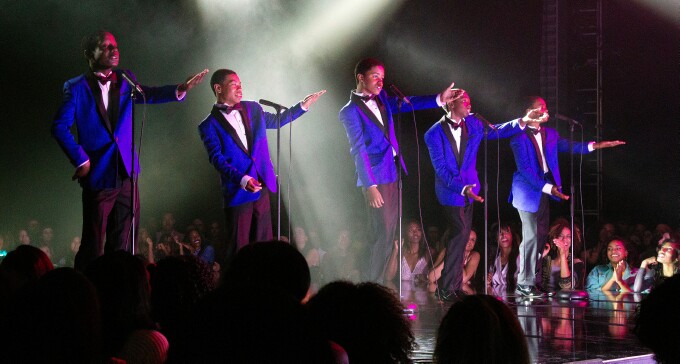 This kind of story’s been told, and all the familiar elements are there -- the impromptu audition for their first manager, the training montage, the early seeds of dissent, the labels not paying them, etc. The real draw of this miniseries is the attention it pays to authenticity. Every New Edition alumnus is credited as a co-producer. This tells me that, unlike posthumously made biopics, the depicted events and their details come straight from the horses’ mouths as opposed to the usual move of relying on old footage and third party interviews for accuracy.

Now, even though I’m speaking as someone who’s just young enough to have missed the wave, I still understand the dedication of true fans, and this series is definitely for them. The hits from both the original group and all its variations are a character in this story that shares as much of the limelight as the drama and the multi-talented cast that brings it to life. 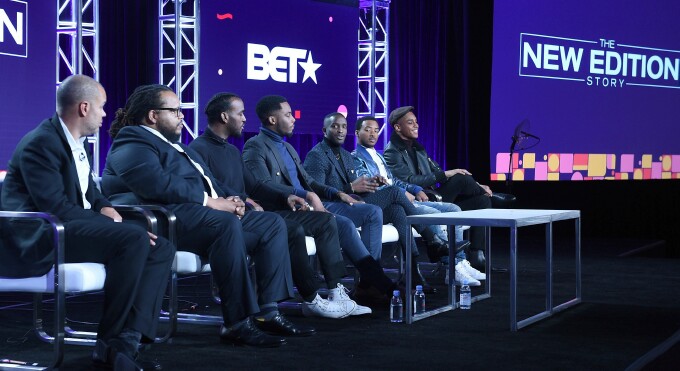 Specifically, my favorite two cameos (so far) are La La Anthony and Yvette Nicole Brown who play DeVoe’s and Bivins’ mothers, respectively. La La is recognizable from her career as a radio personality and ex-host of MTV’s TRL, and as far as Brown goes, she’ll always be Shirley from Community to me (which is funny considering her character’s name is Shirley in this as well). The rest of the cast, although not as well known, does collectively hold credits from various on and off-screen productions that include the likes of 30 Rock, Everybody Hates Chris, Black Nativity, Earth to Echo, The Lion Kingand Urban Holiday Soup, among others.

This mini-series is entertaining as hell as well as educational. It gives someone like me, who had little to no prior knowledge going into this, a crash course on the lives and music of this legendary group. Plus, as wholesome and innocent as their beginnings may have been, the boys do eventually grow up, and I’m eager to see the real life drama that caused New Edition’s many infamous issues play out. Way to grab me for six hours.