Between Agencies Large and Small: The New Breed of Holding Company – Brian Jacobs 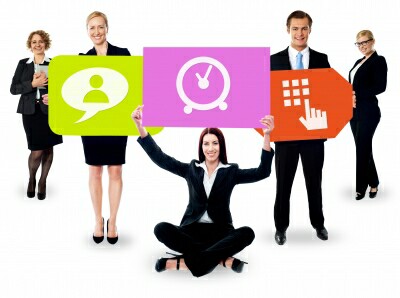 It may seem obvious but new players who are well known and respected in one field often pop up in another. Sometimes these are pretty straightforward extensions. Marks and Spencer starts a food business; Mont Blanc stretches its pen brand into luxury watches. Sometimes they’re not so obvious, such as when a Finnish rubber boot manufacturer decided to diversify into mobile telephony (Nokia).

In the advertising world probably because the top guys have tended to come from within the industry, new models have been evolutionary rather than revolutionary. Of course the holding company model has emerged, with the groundwork being laid by Phil Geier at Interpublic. This led to a hunt for scale (Marks and Spencer open new stores) and a degree of buying around the edges (Marks and Spencer open a bank) in order to build a more integrated offering. The point is, though if you compare any of the holding companies with a big, old-school full-service agency the difference is not so much in the range of services offered but much more about the scale of the resource and thus the expertise on offer.

We’ve all got very used to speaking about Omnicom, WPP, Interpublic, Publicis and the rest as if they’re the only games in town. It’s true that there are lots of flourishing independents but it does seem as if there is a large gap in the middle, waiting to be filled by credible mid-sized operations. And then there are the mavericks, the ones who rewrite the rules in much the same way that Phil Geier and more latterly Sir Martin Sorrell did so successfully. The new players and the mavericks are both well worth watching.

The mid-sized gap is starting to attract interest. AdAge has written about an ambitious but currently small ad agency holding company being built from the ground up called CHR Group. Rather better known is the Chicago based private equity business Lake Capital, which has just acquired the UK business Engine (owners of the ad agency WCRS amongst others). And of course there are more.

As AdAge reported: "There's quite a big void in the middle between the independents and the massive networks," said Keith Hunt, managing partner at M&A consultancy Results International. "In the U.S., one would have expected to see more of these."

Then there are the mavericks, in which camp I would place Vincent Bollore, whose business is described as follows: “Bolloré is a French investment and industrial holding group headquartered in Puteaux, on the western outskirts of Paris, France. The company, a paper-energy-plantations-logistics conglomerate, employs 28,000 people around the world.”

Not too much heritage in advertising then although Mr Bollore was a long-term investor in Aegis, and rather interestingly is the chairman of Vivendi, the media company that owns Canal Plus and Universal Music Group. And he’s currently acquiring a majority stake in Havas (where he has been a very substantial shareholder for a number of years, and where his son Yannick is CEO).

I tend to shudder whenever an advertising operation from whichever side of the fence tells me that it has brought in a genius from way outside the boundaries of our industry. I remember this happening a number of times: “We’ve hired this brilliant research chemist; he’ll transform our ad business.” I even remember an agency where the Chairman brought in an interior designer (by sheer coincidence his partner) to be Creative Director. Generally speaking the transformation takes one of two forms -- either the business collapses, or the genius teleports him or herself somewhere different.

But what we’re seeing the start of now is of a totally different scale to the odd research chemist. A new breed of holding company is appearing, operating between the giants and the independents. On occasion these will be run by managers from outside the ad business. At the same time more major players like father and son Bollore will emerge to shake up an industry whose models are at their core still pretty conservative and rooted in the past.