"Black Panther" Has Set the Stage for Big Changes in Hollywood 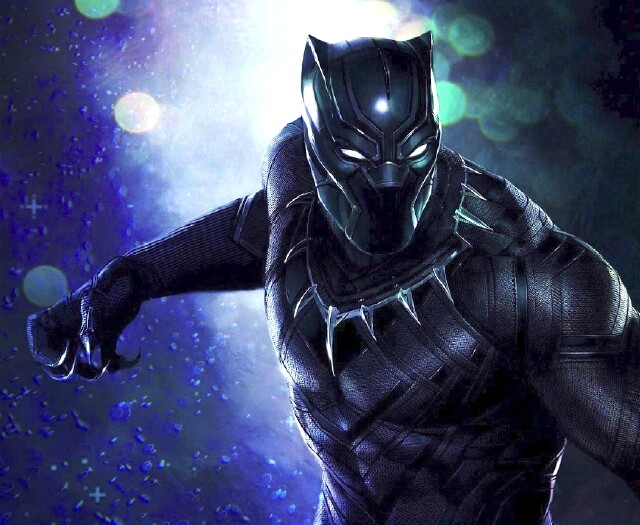 Black Panther.  That title alone is provocative, powerful and iconic, whether it’s being used in reference to a leopard with black fur, a militant political organization from the sixties, or the king and protector of a fictional African nation.  Marvel Studios’ most recent contribution to its ever-expanding cinematic universe is the Afro-futuristic country of Wakanda, with all its beauty and wonder.  Not shockingly at all, Black Panther is a box office smash, but more than that, it’s a cultural phenomenon.  Make no mistake, there are many levels to this story, and I’m going to walk you through a few of them.

First, a history lesson: Black Panther the character was created by Stan Lee and Jack Kirby and made his first appearance in Fantastic Four #52 (July 1966).  T’Challa -– as he’s known outside the mask -- was the first black superhero in mainstream American comics, even before more previously well-known characters like Luke Cage, Falcon or Storm.  (He even predates DC’s Black Lightning, who didn’t debut until 1977.)

His most recent incarnation is the version first played by Chadwick Boseman in 2016’s Captain America: Civil War and again here.  In Civil War, T’Challa watched his father and (at the time) current Black Panther, King T’Chaka (John Kani), die during the Bombing of the Vienna International Centre by Helmut Zemo.  Since the Wakandan throne and the mantle of Black Panther are synonymous, both are passed on to T’Challa. After bringing Zemo to justice, he returns home to Wakanda in order to take part in the proper ceremonies and rituals that officially give him the throne.  That’s more or less where the Black Panther movie picks up. 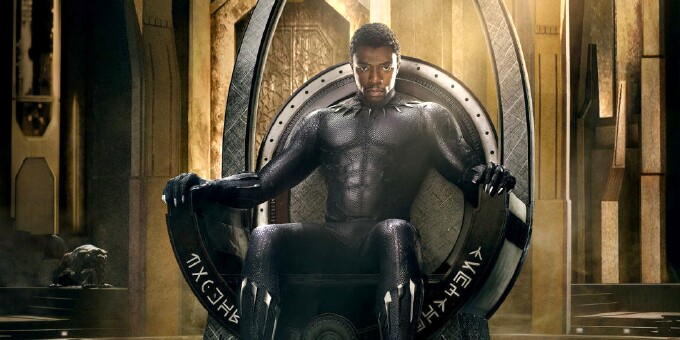 Ryan Coogler -– whose previous directing credits include Fruitvale Station and Creed -– did an amazing job on every front.  The action is tight and well-choreographed, the wardrobe is detailed and has an authentic feel, and the culture of Wakanda feels rich and realistic, as if he had actually discovered this technological superpower hidden away somewhere in the mountains of Africa.  (According to an interview he had on NY Hip Hop Radio Station Hot 97, he actually did go to Africa for research almost immediately after landing the gig.)  His casting choices were spot on as well, as evidenced by the feature film’s almost all-black roster of top-notch talent.  These thespians brought so much swag and coolness to their respective characters that it’s almost impossible not to love everyone you see. The coup de grâce is the incredible story and the impressive manner in which it is told.  Marvel does make great movies, but they have had an issue or two over the years, and one of them has been a lack of really good villains. After a couple movies featuring bad guys who want to take over or destroy the world just because they are “evil” things can get a little predictable. More often than not the Marvel villains are pretty straightforward and kind of one note (think Ultron, Red Skull, The Mandarin, Ego the Living Planet, Darren Cross, Ronin the Accuser, Hella, etc.).

This is far from the case in Black Panther.  Erik Killmonger (Michael B. Jordan) is by far the best villain to grace the Marvel universe with his presence since … well, ever, really.  Killmonger is special because instead of a generic evildoer background, he’s given a very humanizing personal history.  In fact, his origin story is so endearing that there were several points in the film when I wasn’t sure he was totally wrong.  Sure, he did objectively terrible things, but I felt like I understood where he was coming from.

Without giving too much away, it all basically came down to Killmonger and T’Challa being on two sides of the same hot button issue: Wakanda is home to a rare and multifunctional other-worldly metal called Vibranium (the same material that Captain America’s shield is made from), which for thousands of years has made all of Wakanda’s technological advances, high tech transportation, armor, weapons and health care possible.

Killmonger believes it’s selfish to let all the people of color outside of their borders suffer under the systematic oppression of “colonizers” while they flourish behind the secretive veil of Wakanda’s supposed poverty.  T’Challa feels he should continue to focus on maintaining the safety, culture and legacy of his country by doing what they’ve been doing: Keeping Wakanda’s secrets secret.  He even says, “I am not king of all people, I am king of Wakanda.”

In addition to Boseman and Jordan, the rest of the cast reads like a who’s who of top-level talent.  Lupita Nyong’o (Star Wars: The Force Awakens,Star Wars: The Last Jedi) plays Nakia, a Wakandan spy and T’Challa’s ex-girlfriend.  Danai Gurira (“Michonne” on The Walking Dead) plays Okoye, head of the Dora Milaje (basically a militaristic not-so-secret service for the king) and General of the Wakandan Army. Both of these women are fierce, and not to be f**ked with.  Daniel Kaluuya (Get Out) is W’Kabi, a close friend to T’Challa and lover to Okoye.  Letitia Wright (Black Mirror) is Shuri, head of technology for Wakanda, T’Challa’s charismatic sister, and, according to a pre-Avengers: Infinity Warcomic book that Marvel released, the smartest person in the world.

I haven’t even gotten to the amazing performances by heavy hitters Sterling K. Brown, Angela Bassett and Forest Whitaker, who play N’Jobu, T’Challa’s mother Ramonda, and Wakandan Elder Zuri, respectively.  Additionally, both Andy Serkis and Martin Freeman, who were introduced respectively as villain Ulysses Klaue and good guy Everett K. Ross in previous Marvel flicks, are integral parts of the Black Panther narrative.  Lastly, there’s Winston Duke, who did a dope job playing M’Baku, leader of Wakanda’s Jibari tribe.  Believe it or not, Black Panther is his feature film debut, and already he’s one of my favorite new actors.

There’s no denying that Black Panther’s impact on society has been instantaneous and profound.  I’m not just talking about box office success; I’m talking about the movement this film and the fictional country it depicts has started. For all intents and purposes, this is a “black” movie.  The soundtrack -- which is hard as hell, by the way -- was even co-produced in its entirety by rap phenom Kendrick Lamar.

You’ve got to understand; the following are statements I never thought I would make (or hear from anyone else).  “The now Disney-owned Marvel Studios released an official original soundtrack good enough to be one of the best hip hop albums of the year.”  “It’s the soundtrack for a major motion picture that centers on a black superhero from the wealthiest, most advanced country in the world; a country on the continent of Africa, no less.”

This isn’t a movie about racism or the pain of the black experience, and it isn’t about gangbangers, drug dealing or slavery, either.  This is a movie about intelligent, highly skilled, black royalty, with a narrative that feels more Game of Thrones-y than anything else.  This is about kings and kingdoms, fathers and sons, and unbreakably strong women.  Black or not, I don’t think there was a single weak or helpless woman depicted in the entire flick, and these days, that’s saying something.

Yes, this film is pro-Black, but it’s also inclusive as hell.  It’s not just a great “black” movie; it’s a great movie in general.  Period.  (Hot take: This is a better film than Thor: Ragnarok, Spider-man: Homecoming and Captain America: Civil War, though all three are pretty great.)  The success of this movie is going to open many doors for future Cooglers, Bosemans and Nyong’os to get a real chance to pursue their craft on a major professional level, because the world is finally showing the entertainment industry that legitimate black cinema will make big bucks.  Give the people more of what they want, Hollywood.

Bottom line, Black Panther is a beast of a film.  I’m having a difficult time even fitting all my thoughts on it into one column.  To quote Everett K. Ross’s words from the trailer, “I’ve seen gods fly.  I’ve seen men build weapons that I couldn’t even imagine.  I’ve seen aliens drop from the sky, but I have never seen anything like this.”  #WakandaForever