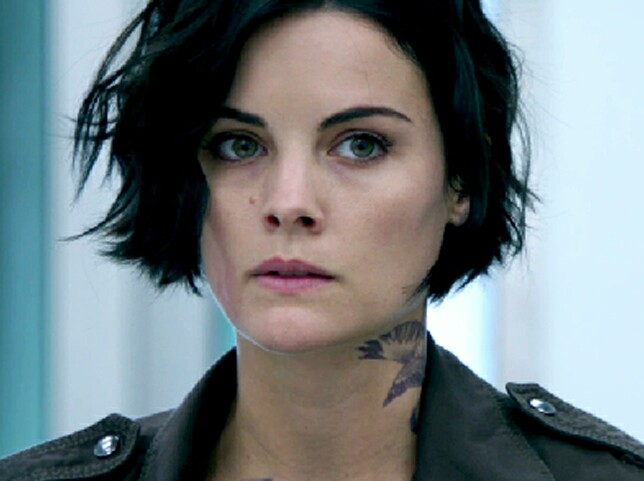 Here are more observations about the season so far, including fall freshmen "Blindspot," "The Muppets," "Truth Be Told" and "Best Time Ever with Neil Patrick Harris," plus a few returning series that have not lived up to their reputation.

Continuing with my random reflections on broadcast television’s comparatively lifeless fall season, which began with my thoughts about “Supergirl,” “Limitless” and “Scream Queens,” among others, there isn't as much good news as there should be.

NBC’s bold adventure in live primetime variety programming has completed its initial run. I’d call this one the most disappointing new series of the season so far. If it returns it needs to feature more music and comedy performances and less of the rest of the time-filling junk that weighed it down. Over on BBC America, Graham Norton gets more mileage out of placing two or three members of his audience in an overstuffed red chair and threatening to eject them if they don’t tell funny stories than most of what NPH gave us during the last two months. Maybe “Best Time Ever” would be best served as a series of live specials, something NBC does better than any other network.

As expected, the worst new sitcom of the fall turned out to be NBC’s “Truth Be Told,” which by its third episode could do no better that to give us a story about a little girl accidentally seeing a grown man’s penis and everyone freaking out about it (except the little girl). No wonder this flaccid comedy it had its episode order cut.

The very well-produced woman-with-tattoos mystery “Blindspot” has turned out to be a much needed success for NBC.(Series star Jaimie Alexander is pictured at top.) It is no surprise that nudity (and teases of such) sells, especially on broadcast television where it is still generally taboo, unless the bodies involved have been beaten, burned or tattooed. I can’t help but think how much better this show would be if its writers had worked harder to fully develop its characters during the first few episodes. Does anyone actually care about any of them? Or the increasingly complex and improbable mythology that keeps them all running around – a story that is destined to expand for as many seasons as the show is renewed, likely losing focus as all such mythology driven series do? (Examples: “Lost,” “Fringe,” “The X-Files”). Like I said, it’s got to be the skin. 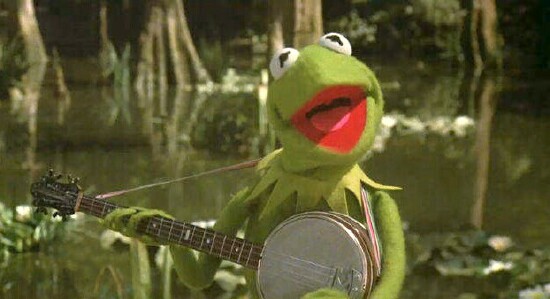 Over at ABC, “The Muppets” hasn’t turned out to be the smash hit that so many critics (myself included) expected it would be. Did we all overreact to the extended clip ABC made available last May during the Upfront (which would be just another reason to call for the end of that annual marathon of tireless self-promotion and promises about programming that go largely unkempt) or has the show truly failed in its ambitious effort to add edge to a long-running and much-loved family franchise? Maybe folks don’t want their Muppets with doses of double-entendre and modern mischief. For me, the best moment of the season to date was the (very nostalgic) end of this week’s episode, when Kermit (pictured above) sang his always-moving classic “The Rainbow Connection.” Gets me every time.

I take it as a good sign that the audience has stayed away from this soulless exercise in misogyny. I knew there would be a problem when ABC chose as its scintillating preview clip for this show a scene in which the male serial killer around whom much of the drama revolves received oral sex from an eager young woman whom he then stabbed to death. The real problems with shows of this kind, as we learned from Fox’s “The Following,” is that they don’t work if the good guys (i.e. the detectives on the case) aren’t as smart as the bad guys (the psycho killers). All griping aside I think series lead Ed Westwick has been mesmerizing. When will a smart television or movie producer come up with the perfect role for this distinctive young actor? It could take a while. In the meantime he ought to find himself a powerful Off-Broadway drama.

I think I’m the only person outside of this show’s cast and crew who was saddened by the news that this primetime soap just had its order cut. By episode five “Blood” had finally found its footing, finally putting more emphasis on its female characters, a crucial part of the formula for success in this genre. Also, it took entirely too long to turn Don Johnson’s character into anything resembling a new J.R. Ewing or Alexis Carrington Colby. Being scheduled on Sunday at 9 p.m. – without question one of the toughest time periods of the week – didn’t help. Maybe “Blood” would have worked if Ed Westwick had been brought in to spar with his old “Gossip Girl” co-star Chace Crawford. 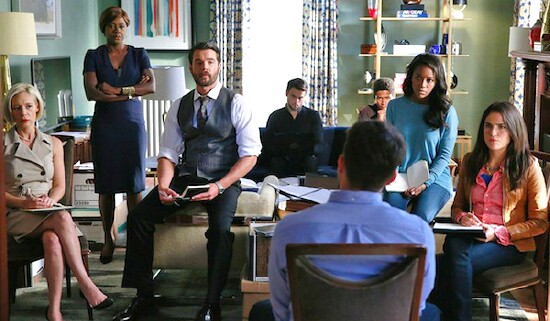 How to Get Away with Murder

I never thought this fiendishly entertaining melodrama would suffer so egregious a sophomore slump, but that seems to have happened. The problems are many: There are entirely too many killers scampering about, everyone is a liar, the remains of the season one storyline have overshadowed the new mystery of season two, there have been entirely too many scenes of Annalise Keating crying at ex-boyfriend Nate Lahey’s door and her murderous acolyte Bonnie Winterbottom weeping about anything and everything. Also, was it wise to inundate season two with more flashbacks of the Keating Kids scampering about in the dark of night after being somehow involved with yet another violent crime? Who shot Annalise? Who cares? It does not please me to write that. Good thing the cast (pictured above) is so cool and the sex so hot.

The sophomore season of this show hasn’t been nearly as disappointing as “HTGAWM” but it hasn’t held up as well as it should have, either. I think the big problem was splitting apart the Lyon family so early in the show’s run; they’re so much more fun when they are all together fighting tooth and nail in the grand tradition of the Ewings and the Carringtons. Dysfunctional relationships in primetime serials are always much more effective when those relationships, however fractious, are in some way intact (like nasty J.R. Ewing and his long-suffering wife Sue Ellen). Fortunately, many of the characters on “Empire” are still among the most interesting on television and the music is second to none.

Lastly, here’s another formerly great show that suddenly seems to be betraying itself. Just as “Empire” is stronger when its central family is together so, too, is “The Good Wife,” even if the family in that show is of the professional variety. I’m much happier when Alicia Florrick, Diane Lockhart, Cary Agos and even Eli Gold are working together against outside threats, even if that involves inside confrontations. And it is wholly unbelievable that Peter Florrick would suddenly choose to run for President. On what grounds and off what reputation? That’s too big and cumbersome a story for even this sterling show to support. Nothing has upset me more this television season so far than the great “Wife” becoming simply the good “Wife.”