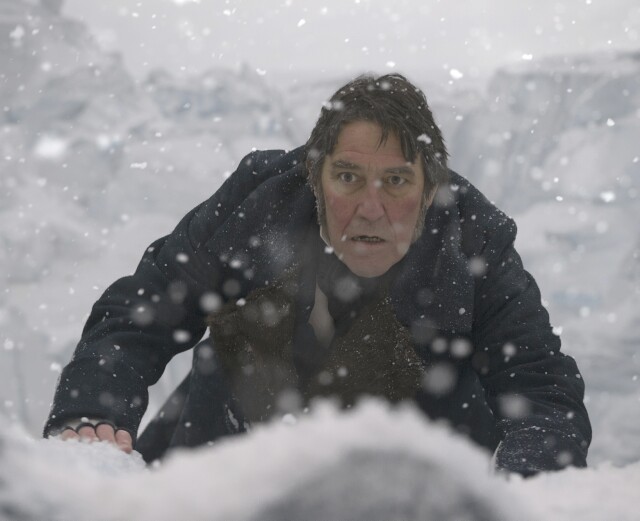 The Terror, AMC’s most recent addition to its horror/drama portfolio, was a hard pill for me to swallow at first.  My ears initially had to wrap themselves around the 19th century inflections and language being used, and pardon me, but slavery gave me some reservations about historical white men in general.  However, after a little time -- and a concern-abating Google sesh (slavery was abolished in England in 1838; this series takes place several years later) -- my ears finally adjusted, allowing me to see beyond the icy white surface of this Ridley Scott-produced period piece and into it’s frozen, survivalist soul.  With virtually everything around the crew of the HMS Terror trying to kill them -- including a mysterious snow monster -- this show asks a penetrating question: What is the true terror: the monster, the tundra or the crew itself?

Some history: In 1845, real-life Captain Sir John Franklin led the HMS Erebus and the HMS Terror on a joint expedition to the Arctic in order to find the Northwest Passage -- a direct trade route between Great Britain and China and India.  The men on these ships were never seen alive again, and while the exact details of what happened were lost to nature and time, American author Dan Simmons filled in some of the blanks in 2007 through his historical fiction/thriller aptly named The Terror.  Eleven years later the novel has been brought to life with such a faithful level of adherence to the details of the period that it’s hard to believe one isn’t watching exactly what happened. 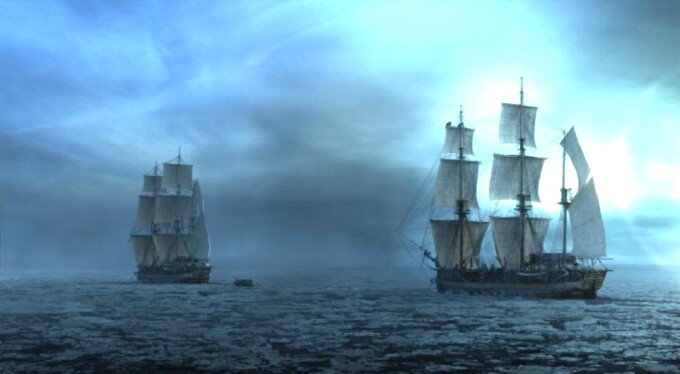 We mostly follow the captain of the HMS Terror Sir Francis Crozier, which is fine, because who doesn’t want to watch Jared Harris act?  Sir John Franklin, Crozier’s friend and hubris-driven superior, and Captain James Fitzjames, Franklin’s second in command, are also expertly brought to life by Ciarán Hinds and Tobias Menzies, respectively.  These three gentlemen have the responsibility of guiding hundreds of souls through a section of the world that seems intent on killing them -- a premise with which Ridley Scott is extremely familiar.  (Harris, Hinds and Menzies are pictured below, left to right.) 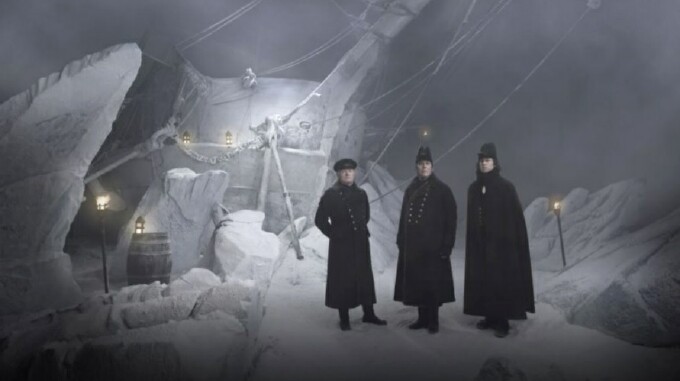 Line this show up with many of Scott’s claims to fame and it’s hard to see a real difference.  In Alien, Aliens, Prometheus and Alien: Covenant(just to name a few) the characters’ situation is essentially the same -- they’re in a ship on a doomed expedition that falls victim to an unforgiving environment while they contend with a ferocious threat they don’t truly understand. 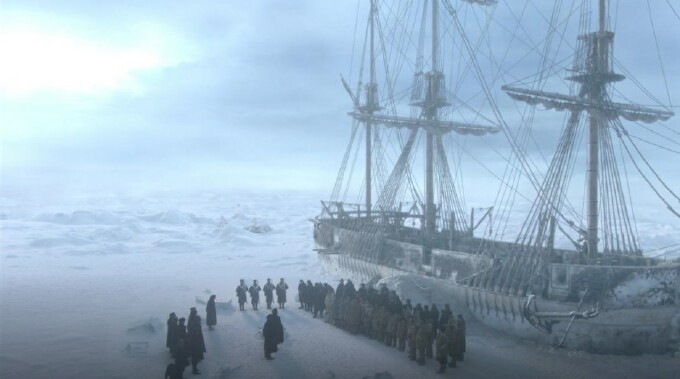 In all of those films the characters’ fates are accelerated by Scott’s favorite narrative tool: shitty decision-making.  The actions that lead to nearly everyone’s demise are almost always born of stupid or illogically selfish decisions.  Forget the fact that we know these ships (the Erebus and Terror) and their crews will be lost before we get even three minutes into the pilot -- the perilous outcome of their voyage was made clear to them by Crozier himself almost right away. Though the existence of his own personal demons is apparent, he seems the most logical of the three men in charge, yet he is ignored again and again until it’s too late.  A similar situation happens with my favorite character, the pure-hearted Dr. Harry Goodsir (Paul Ready), in which he discovers and speaks up about yet another threat to the crew, and his pleas initially end up falling on deaf ears, as well.

The best parts of this show come from the character work.  Yes, there’s a monster or whatever, but with Scott taking the less-is-more page right out of the horror story playbook, it’s more effective when it’s not being seen.  That said, the only reason I even care about who the monster kills is because if removed, one is left with a story about what is essentially a group of boys being marched towards death by the hubris of this Manifest Destiny-type of thinking their leaders subscribe to.  The idea that God is behind your country and its efforts to achieve glory and dominion through it’s economic accomplishments can be a powerful one, and when combined with a general air of superiority and the inability to earnestly consider the advice of one’s council it makes embarking on a trip like that a veritable death sentence.  But hey, everybody needs a job. 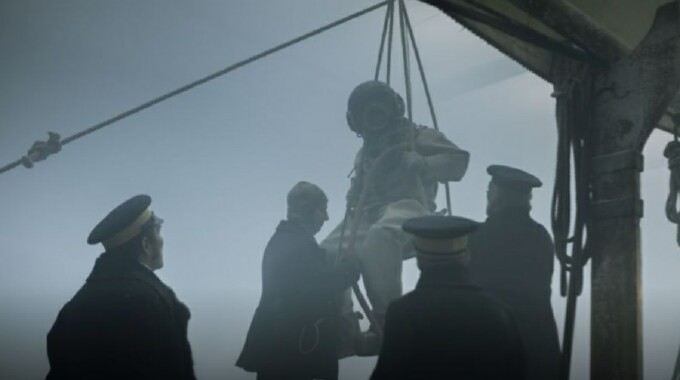 These young men are just trying to earn a living, feed their families, do something honorable, and/or be someone different/better, and the viewer gets a real sense of that as their time spent with the lower ranks in these ships increases.  This is still 1847-ish though, and at the time man was still technologically unadvanced enough that almost everything was a serious problem, if not a fatal one.  One second you’re laughing with your friends in the belly of a ship, the next you’re spitting up blood (which is the nineteenth century version of “you’ve got like, an hour left”).  I spent most of the show actually forgetting there was a monster, just to have an “oh sh*t” moment when it reappeared to remind me why I started watching.

Every character grows, and it dawned on me about two thirds of the way through the season when I realized I was basically watching a different show.  The dynamics had changed, relationships had changed, attitudes had changed, and people had died, and it all happened so organically that it barely registered at first.  I honestly don’t know what affected these people more; exposure to the brutal weather, the bloodthirsty creature hunting them through the frozen tundra, or the smaller personal terrors that extended bouts of paranoia and disease caused them to bring upon themselves and each other.

There really isn’t too much more I can get into without spoiling a lot of the show (I’ve seen 90% of the season at this point), but I will say this: For fans of the novel, you’ll probably feel this is a pretty faithful and respectful rendition of something you already love.  For those of you who, like me, had never heard of this title, understand that both The Terror and its characters don’t remain the show or people they were when you first meet them. This may be the best new series of the year to date.  It is certainly the grandest and most gripping adventure so far, much of it made more frightening by the frozen, unforgiving environment in which the characters are trapped.

All that's missing is a terrifying ice dragon, but TV already has one of those.