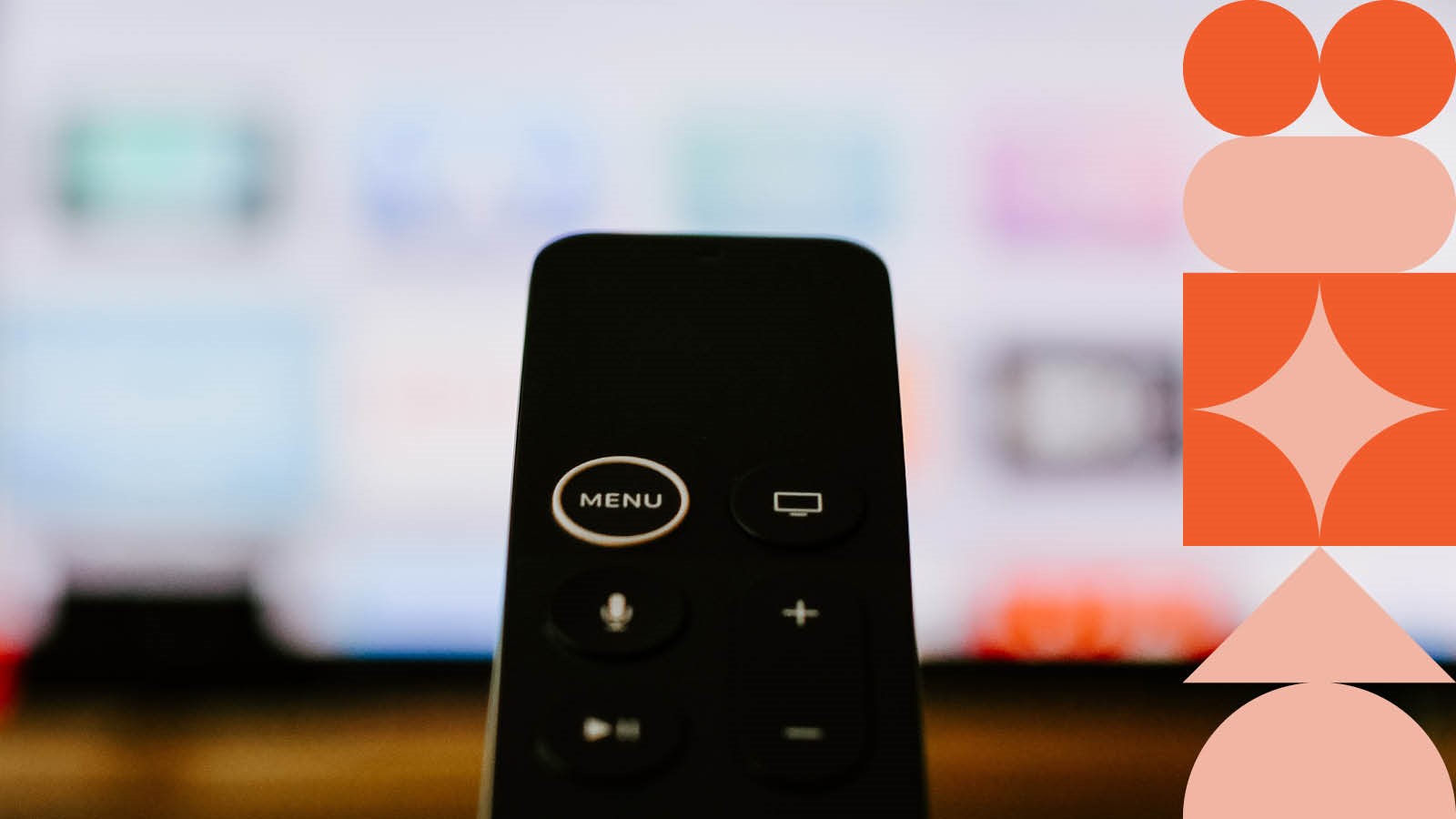 AT&T's Warner Media's film division made a significant announcement on Thursday that Warner Bros.' scheduled theatrical releases for the U.S. market covering 17 films, including new sequels for The Matrix and Suicide Squad, would instead be concurrently released on their corporate sibling's HBO Max SVOD service for a one-month period alongside a newly defined non-exclusive theatrical window.

The focus of the effort is primarily domestic as HBO Max's presence outside of the United States is limited due to pre-existing licensing arrangements for HBO content to other distributors and packagers; however, there will be international ramifications for TV markets around the world just as there will be an impact on the broader television universe at home.

Although the news was announced in context of a single year rather than necessarily representing a permanent change, it is clearly made in context of managing the business with an eye toward optimizing the long-term business proposition for the entire Warner Media portfolio, which includes the legacy Warner Bros. studio business, HBO and Turner Networks businesses of Time Warner.

HBO and HBO Max's total content budget might amount to $6-7 billion in 2021. To convey the scale of this news, the value of a year's output from Warner Bros.' theatrical business before the AT&T acquisition in 2018 typically amounted to $3-4 billion of cash costs with perhaps half of that value attributable to the U.S. market.

Even if the value of the 2021 slate is more like $1-2 billion, that would be a significant amount in context of the HBO Max's existing content costs. On its own, HBO was historically spending around $2 billion per year on content, most of which would be attributable to domestic operations. Last year AT&T indicated its domestic expenses for HBO Max would add another $3 billion in content costs versus 2019 baseline levels.

It is unclear if the studio slate represents an incremental expense, but it may very well be given the pre-existing commitments that HBO Max may already have in place for next year. Six to seven billion dollars would fall around a Netflix-like zone—Netflix's allocated content expenses for the United States probably amount to similar levels on an accrual basis.

The "TV"/home-based video industry – including the appeal of advertising within the medium – is potentially impacted even more as knock-on effects follow. Putting the immediate impact on the theatrical business aside for a moment, the news is potentially more significant for the long-run health of traditional TV, especially as this news may catalyze an "arms race" of content investments by streaming services.

In general, we think that the share of spending in content investment by a video packager, meaning a network or streaming service, should over time roughly equal the audience share it can generate. If that holds true, billions of dollars of "new" investment in content by one packager will lead to increased share of viewing for that company. There would be a negative impact on packagers who merely maintain their content spending, incenting them to follow suit as best as they can. For advertisers, this could lead to a significant reduction in quality advertising opportunities given many of these video packagers do not (currently) rely on ad-supported business models.

Access to theatrical content might be enough of a catalyst to cause more HBO subscribers to shift from the linear service to HBO Max. Despite these spending levels, HBO and HBO Max combined do not presently have anything like Netflix's viewing levels, which currently account for around a third of streaming content viewing, which itself is nearly 20% of total TV viewing at present. By contrast, all premium pay TV from all networks delivered through traditional services accounts for less than 2% of all viewing in the United States.

Despite launching earlier this year, HBO Max has relatively few subscribers so far between its newly acquired subs and those who have transitioned their accounts. To the extent that access to the Warner Bros. slate persuades legacy HBO subscribers to sign up for HBO Max – which is costless to traditional HBO subscribers, but would lead to consumers using their internet-connected devices to access the service typically. Of course, to get there AT&T/Warner will still have some work to do in making it easier to access HBO Max, whose distribution efforts and consumer electronics relationships have been misaligned with the product's content launches to date.

Further, Warner Media will also need to ensure that its financial outcomes are consistent with expectations from its parent company, which historically deployed the bulk of its resources to support a dividend to investors, capital expenditures for its phone network and pension expenses for its former workers. Warner is likely making the right investments for a business that wants to be around in 50 years, but to get there it must survive the next five.

Several companies are spending on content in a range that is similar to or superior to HBO's. Among "upstarts" without traditional TV properties, Netflix, Amazon and Apple have demonstrated a willingness to invest mid-single digit billions of dollars or more in annual content production or licensing fees.

Disney has demonstrated that it will be in that zone and likely will reiterate these plans during its own streaming-focused investor day next week. But the scale of cord-cutting and reduction in consumption of traditional TV would be multiplied if other traditional studio owners (including Comcast and Viacom) were to follow suit and significantly expand investments in original programming for their SVOD services. This could occur in the form of a similar shift of access to theatrical slates, in the form of new investments in exclusive SVOD content or in the form of a shift in greater volumes of top-tier linear content from traditional networks to these new environments.

So far we have seen an effort to balance near-term financial goals and longer-term strategic flexibility, but news like what we heard this week could shift that balance toward a more significant investment in SVOD sooner rather than later.

Internationally, the consequence of these investments could lead to significant financial pressure on single country-focused TV network owners to combine operations with their peers from other markets. Such efforts are already underway in many cases, but those efforts might likely accelerate now.

The efficacy of advertising in ad-supported television could be negatively impacted in a meaningful way. Beyond the direct financial costs to drive all of these changes, a significant expansion of investment in content in SVOD services could have a meaningful impact on the advertising industry, accelerating pre-existing trends. This accelerated investment in content in SVOD environments will lead to consumers reducing their time with linear TV.

Cord-cutting will likely accelerate and channel-surfing of ad-supported linear TV content will be negatively impacted as well. This is partially because consumers might be more likely to spend more time navigating the content within any given SVOD app—or otherwise consume content that it recommends—and only a small share of this viewing will ever be ad-supported. Additionally, once consumers are in connected TV environments and away from their linear channel guides, they are probably more likely to view content from other SVOD services as well.

All of this will limit the number of people who watch ad-supported television and advertisers will find it increasingly challenging to accomplish the reach and frequency goals they set in order to optimally manage their TV advertising budgets.

Tangibly, we could imagine the next upfront marketplace for the 2021-22 season to be highly constrained because of the increase in erosion of audiences. Sports, news and other live programming might become relatively more important versus general entertainment programming on ad-supported networks.

Theatrical business is most impacted immediately. Of course, the initial impact of this action will be on theater owners, and it could be severe. Traditionally the most important distributors of films, these companies will be negatively impacted on an ongoing basis if consumers are able to access content from home that they might otherwise have expected to see in a cinema. The commercial terms under which Warner and cinemas operate will likely be affected if their new distribution model persists.

And then there are knock-on effects that might depend on what competitors do or do not do.

Total revenues and profitability for Warner Media will be impacted, perhaps negatively at first – higher revenues from new subscribers and reduced churn from existing ones at HBO Max might not offset lost revenues from theater owners, whether because the "splits" the studio earns will fall or because theaters may be less likely to run Warner films – but positively in the long run if it helps to continuously build an ever-increasing subscriber base.

Theatrical marketing will likely be impacted as well. To the extent that studios rely less on theatrical releases and opening weekend box-office results – typically a critical variable that can impact whether or not a studio further supports a title with additional advertising – much of the marketing that surrounds movie releases will change.

Studios were already likely to see a shift of resources away from support of theatrical releases and toward gaining subscribers with more performance media, but news like what came out today will serve to solidify the trend.

More tactically, SVOD service customer acquisition and specific title launches might be more tightly aligned. Scheduling of launches may be less dependent on competitor actions with the elimination of constraints on number of available screens. Additionally, TV networks that have limited their ad sales to competitors' SVOD services will find themselves having to make hard decisions about whether or not to turn down theatrical advertising when it is tied to a competitor's SVOD offering, or whether to take budgets regardless of what it promotes.

What should marketers outside of the studio business do? Optimize, but strategize. Television remains a critical vehicle to support key marketing objectives for many of the world's largest companies. Its unique characteristics would allow ad-supported forms of the medium to be disproportionately impactful, even if consumer usage were half as big in the future as it is today.

There is still significant room for television to serve as an important component of any given advertising campaign, and SVOD services will provide some new advertising and co-marketing opportunities; however, these will be relatively small in comparison to the advertising inventory that will be lost from linear TV, whose scale will continue to fall.

As a result, as time progresses, the relative advantages of alternatives will continue to look better by comparison for most advertisers, and so it remains critical that brands invest time exploring new and different ways to engage with consumers, including alternative forms of media, digital experiences or other touchpoints. Establishing processes to assess the relative appeal of those alternatives under scenarios where television's reach and frequency capabilities continue to erode will help to ensure that if the time were right to shift resources into different environments that alternative preferences are well understood across marketers' broader organizations.

Establishing ideas around new ways to activate against those preferences can help ensure marketers are themselves well-positioned to thrive. This type of approach can help a marketer from any industry prepare to succeed during the next five years, as well as the next fifty, much as streaming services are preparing themselves by investing against their own long-term opportunities for growth with their own new initiatives.