Brett Weitz, GM of TBS, TNT and truTV on Advancing All Three Networks 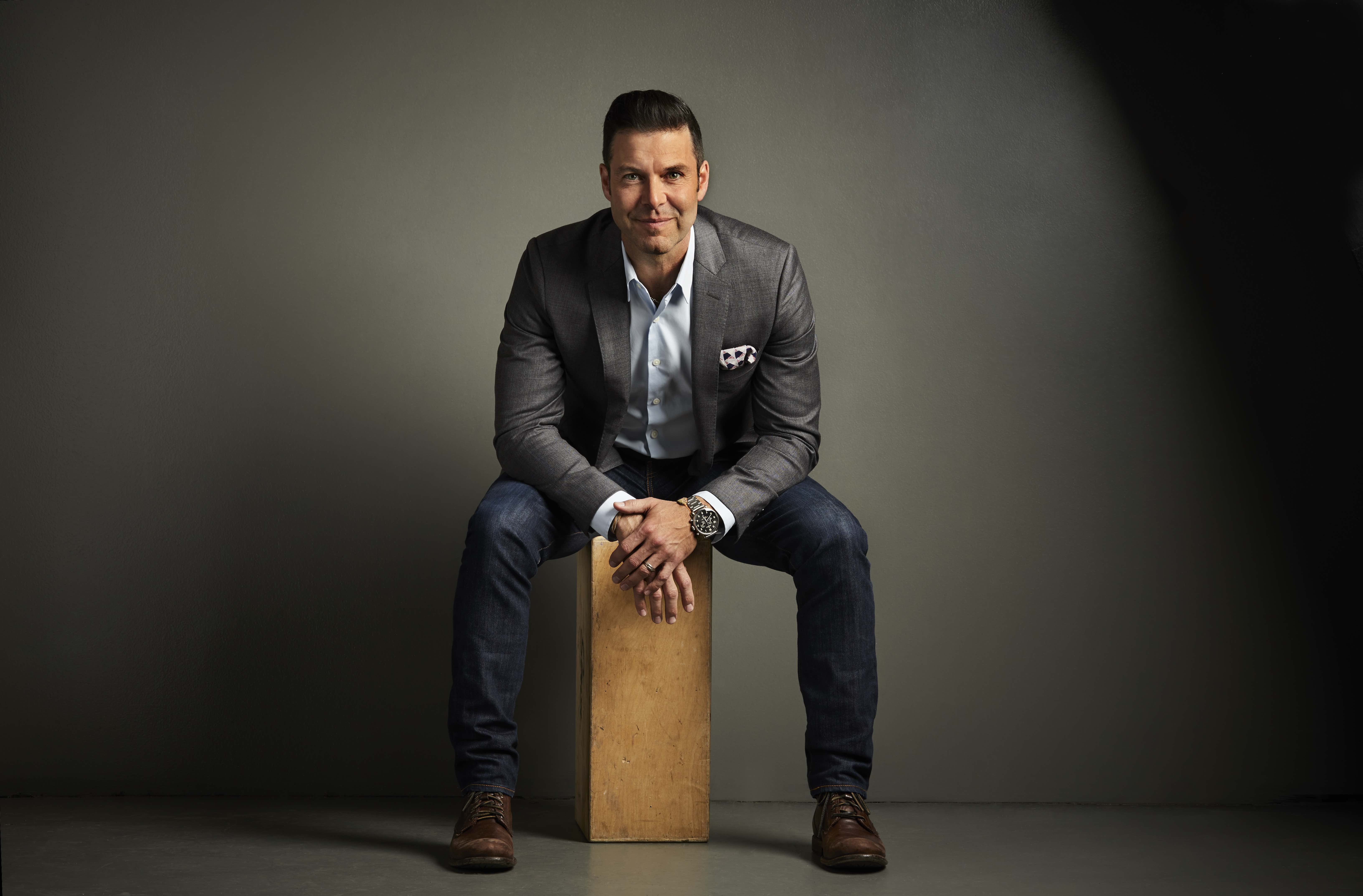 These are the most demanding of times for all television networks, but for many there is a bright light in the darkness. With more people than ever staying home seven days a week and turning to TV for information and entertainment, ratings are up and audience engagement is high, even if the typical programming flow has been compromised. As ever, it's all about giving viewers what they want: Innovative, engaging content across a variety of formats. But today, it is also about rising to new challenges that were unthinkable just a couple of months ago. WarnerMedia's TBS, TNT and truTV have been doing exactly that of late, with striking results. In recognition of the fact that the company's traditional Upfront Week presentation would have taken place this morning, Brett Weitz (pictured at top), General Manager of those three networks, spoke with MediaVillage about the current and upcoming programming plans for them. He also talked about managing new expectations, the sudden and strategic changes that became necessary as of March, and the importance of innovation in all areas of television.

"The playbooks on March 12 all kind of got thrown out the window," Weitz acknowledged. "I feel like we've been given an opportunity to rewrite the rules in the way that we treat our air. Why not take a few shots? Sometimes they become the new standard going forward. I think that in these moments real innovation happens."

Consider TNT, where ratings are up 15 percent even though there is no sports programming available outside of the AEW Dynamite wrestling arena. Rather than rest on those numbers, or the stellar ratings for some of its high-profile theatricals (especially Marvel's Black Panther), TNT has moved up the premiere of its long-awaited action-adventure series Snowpiercer to Sunday, May 17. It may prove to be the biggest event program of the season. Based on the graphic novel and the 2013 movie of the same name, and set in a post-apocalyptic future when the earth has become a frozen wasteland and the remaining humans live on a massive train that perpetually circles the planet, it is certainly the perfect summertime chiller. TNT is having a virtual premiere party for the series this Thursday.

"The train has left the station," Weitz declared. "Snowpiercer is a visual spectacle with incredibly high production values, and it blends perfectly with the movie packages we have on TNT. Part of why I'm so excited about it is that it is an escapist journey involving the everyman. What would you do if we treated mother nature so poorly and this is the world we have left in our future? What does life look like? What is it like to try to reclaim society and rebuild the world in the right way?"

Told that he was making Snowpiercer sound exceedingly if unintentionally timely, Weitz replied, "Two years ago it was subconsciously timely. But we're kind of dealing with that right now. It's as if we wrote it and produced it for this moment in time."

In addition to Snowpiercer, TNT has moved up the premiere date of another event series, The Alienist: Angel of Darkness (a sequel to the network's 2017 limited series The Alienist, both based on novels by Caleb Carr). And Weitz said the networks have three unscripted shows "with naturally smart formats" set to premiere within the next six weeks -- two on truTV and one on TBS. "The unscripted team has done a really great job getting shows up and running during the quarantine," he noted.

Over at TBS, Weitz said that Samantha Bee and Conan O'Brien are both delivering extraordinary content, even more than usual. It's all about establishing "an intimate connection to the consumer," he asserted. "I think what you're seeing now is a stripped-down sense of comedy, which is where comedy really stems from.

"I would say Sam is doing her best work right now from her glorious backyard in Connecticut," he explained. "She's getting people like Kamala Harris, Elizabeth Warren and Jewel to be on the show. People are realizing she's a beacon … a facilitator of the 'great message' right now.

"And look at Conan," he continued. "Consumers forget how brilliant he is. His mind works on a different level than everybody else. He is socially dialed into the world in a way that just gives everybody else a run for their money."

Elsewhere at TBS, special themed marathon events for everything from the network's own comedy The Last O.G. to the off-net sensation The Big Bang Theory continue to perform well. They just finished airing the second season of Miracle Workers, starring Steve Buscemi and Daniel Radcliffe, and Weitz is particularly excited about the upcoming comedy Chad, starring Saturday Night Live alumna Nasim Pedrad.

And then there's Wipeout, the wacky competition series in which contestants try to survive a punishing obstacle course, with frequently funny results, that ran on ABC from June 2008 to September 2014. TBS recently announced that it is rebooting the franchise. "When Wipeout premiered in '08 it was right in the midst of the biggest recession we had seen in a long time," Weitz recalled. "It was exactly what people wanted; an opportunity to laugh and have fun. We're going to make it much more strategic, much more physical. We're going to showcase the athleticism of the show while also keeping all the big comedy beats alive.

"With people missing sports it gives them an opportunity to dial into another athletic experience," he added. "We're seeing that across the board. The ratings are up week over week for Shaq Life. (TNT's documentary series about Shaquille O'Neal that debuted on April 9.) People miss Shaq. They miss sports. They are craving the consumption of physicality."

Moving on to truTV, Weitz said the network is "all about lean-back, easy to watch, highly repeatable content. Nothing feels generic. When you are competing with streaming services and broadcast networks you can't just be middle of the road. You've got to push the boundaries."

Certainly, that's what Joe Gatto, James Murray, Brian Quinn and Salvatore Vulcano -- the stars of the network's long-running hit Impractical Jokers -- have been doing from the start. They're currently working on their ninth season and beginning May 14 they will showcase even more of their signature madcap humor in the new season of The Misery Index. The show features two teams, each comprised of one contestant and two of the Jokers, who will compete against each other by attempting to rate miserable real-life events on a scale of 1-100 based on a ranking system created by a team of therapists.

Meanwhile, truTV's largely improvised sitcom Tacoma FD, Weitz noted, grew its audience 20 percent between its first season and its second season premiere. "The cool thing about that show is about three days before production the guys came to us and said they wanted to do an after-show," he continued. "We were into the beginning stages of this pandemic and they ended up mounting Talkcoma FD, which is currently running and doing incredibly well. That's the type of stuff we want to continue to build on truTV. It's a heavily unscripted slate."

Along those lines, last Wednesday truTV debuted Tirdy Works, an observational reality series that the word quirky doesn't begin to describe. Weitz calls it "a very sweet, charming, deep dive into a great small town in Maine." It revolves around a woman named Mary Winchenbach who has built a successful business selling art made from moose poops. "She became a viral sensation about a year ago," Weitz explained. "The show is all about Mary, her family and the folks in the town."

Also coming to truTV: a new season of At Home with Amy Sedaris (beginning May 20) and new episodes of the recently introduced Hot Ones: The Game Show.