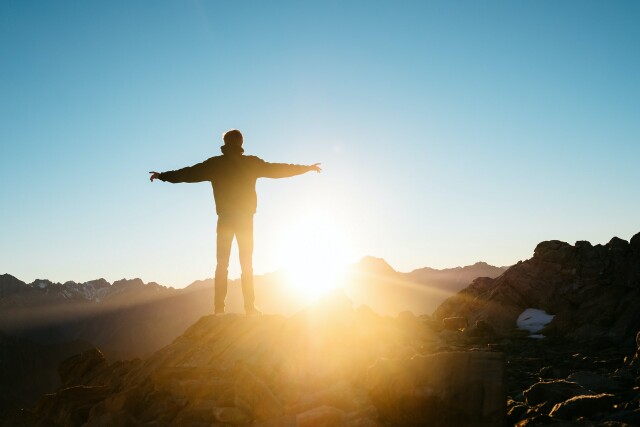 Another year, another blog; welcome to 2022; the Cog Blog's ninth year of (almost) weekly witterings. The fashionable thing to do would be to fill this post with forecasts of the year to come. I don't do this for two reasons. First, things are so topsy-turvy who knows, and second, it's easy to check back 12 months later to my embarrassment and everyone else's general merriment. More of us should check back on the accuracy of the predictions that those braver (or more foolhardy) than me choose to make. So, no predictions. But like everyone I have hopes. Ambitions for the industry. Things that I would like to see happen.

Here are some hopes for 2022. Future posts will build on these.

Hope 1: We get back to simplicity, to being creative.

We enter 2022 at a pretty low ebb. Advertising is generally not liked by those to whom it is supposed to appeal. The main reason for this -- to my untutored creative eye -- is that most of it, especially the online stuff is shit. Not clever, not creative, not appealing.

In the search for excessively narrow targeting, reach, frequency caps, clicks, likes and other largely irrelevant concepts we've forgotten what "creativity" looks like.

We've forgotten the appeal of simplicity; we overcomplicate. We seem to think our value lies in speaking in a language understood by the very few.

Next up, we've forgotten to ask what things mean. Take "frequency caps," the notion that consumers can indeed get tired of seeing the same thing over and over.

My time with Millward Brown taught me that ads wear out amongst brand teams far faster than amongst consumers; true wear-out (in old-fashioned media) is rare as the budget necessary to achieve such an outcome would be beyond most brands.

Mind you, it may very well be that having your online experience disrupted by yet another ad for the very thing you bought last week may make wear-out a thing. We'll know when some "digital expert" thinks of a new term for it.

Next, the concept of NIMS. NIMS is a relation of NIMBY; it stands for Not In My Specialism.

A state of NIMS is achieved when everyone talks about collaborating, but on condition that their particular specialism drives the collaboration.

Take online evangelists, many of whom preach the benefits of working with creative people, but only as long as their obsession with clicks and likes remains sacrosanct.

Media agencies are guilty, too: They're all for that 90-second video spectacular, as long as there are five-second cut-downs to ensure the targets measured by the auditor are hit.

We should focus more on business results. Media numbers are a means to an end, not an end in themselves.

Hope 4: If you've got something to say, say it.

Why? Are we all now so worried about what we might call the Baxter effect (after IPG's Mat Baxter who was censored by his CEO for daring to say something critical about Facebook) that we just accept any old rubbish as long as it comes from someone powerful enough?

And whilst I'm at it, online pseudonyms are tedious. The usual excuse – "I couldn't say what I say if I revealed who I am" -- doesn't cut it. If you're that important then what you have to say carries weight, so all the more reason to say it out loud, as something may change as a result. If on the other hand you don't truly believe in whatever it is you're saying, then why bother saying it?

Hope 5: Let's focus on what truly matters, even if it doesn't involve a trip to Cannes or Las Vegas.

Next -- my pet topic: audience measurement. Frankly, if you think that debating how we go about measuring audiences is not worthy of your attention as it's neither sexy nor shiny you're wrong.

Most things start with understanding an audience. If we don't get that bit right by insisting on the highest standards and commonly agreed definitions and techniques, then we may as well not bother with the rest.

Independent and independent-thinking media agencies will continue to flourish.

It will be fascinating to see what happens when (not if) the likes of Stagwell (the new owners of Goodstuff) or You and Mr. Jones win something high profile across markets.

Hope 7: Tactics aren't the same as a strategy.

A single placement or stunt may be wonderful, but it isn't a strategy. Some commentators on all things advertising seem not to appreciate the difference. Words matter. Getting it wrong diminishes us all.

Hope 8: That you'll stick with The Cog Blog throughout the coming year.