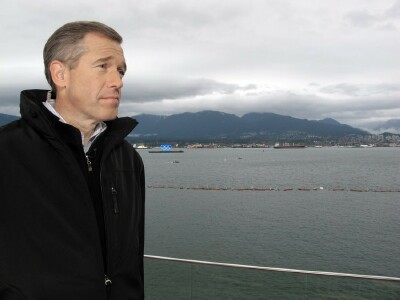 As you read this, the media is busily dissecting the behavior of one of its own -- “NBC Nightly News” anchor Brian Williams -- with some outlets giving him a pass while others call for his head on a platter. It seems that one of the leading newsmen in our country lied about an experience he claimed he had while covering the war in Iraq approximately 12 years ago, somehow kept it a secret and/or put it behind him since that time, was suddenly moved to admit his mistake or misdeed (whichever it was), found himself in the middle of a media firestorm and has temporarily chosen (or been told) to remove himself from his program so as not to compromise the integrity of his telecast in particular or his network’s news division in general.

Has Williams committed a wholly unforgivable misdeed, the likes of which should cost him his job and necessitate many years of career rehab and rebuilding before he can once again be trusted? Is what he did ultimately as damaging as the actions of CBS News back in 2004, when it failed to properly authenticate suspicious copies of documents critical of President George W. Bush’s service in the Air National Guard and built a damning story around them, all under the auspices of then-“CBS Evening News” anchor and managing editor Dan Rather, who lost his position at CBS as a result?

It’s difficult to say. If memory serves, the CBS situation was more a matter of sloppy journalism and negligent fact-checking/information vetting than flat-out lying. The integrity of a public figure -- in that case the President of the United States – hung in the balance. The stakes were high. CBS had to do something to save face, avoid lasting disgrace and presumably preserve its access to the White House. So Rather, who probably should have left CBS for greener pastures by that time in his life anyway, was “sacrificed.” It happened under his watch. He was responsible for CBS News content. There was nothing unfair about how the situation was handled.

Williams’ story is altogether different. The man lied and then covered it up and then admitted to having done so once he was caught. The soldiers involved in the story he lied about were offended, and rightfully so. But no real damage was done to anyone and nobody else’s reputation was potentially tarnished or put in danger of being destroyed.

Now, all kinds of rumors are flying about other “lies” or “exaggerations” that may have colored Williams’ reporting during the last ten years. Do any of them have merit? I wouldn’t know. If any are proven true, or if he admits to any others, will any harm have come to anyone as a result? Not likely.

The men and women at the desks of the broadcasters’ nightly newscasts have wide-ranging responsibilities to their viewers, to the people they report about, to their colleagues and to their employers. A huge part of those responsibilities involves earning and maintaining the trust of all of the above. Not lying and covering up mistakes would appear to compromise that all-important effort. Looked at in that way, it has to be said that Williams – who is now known as Lyin’ Brian on social media -- has indeed screwed up and should be removed so that his current mess may be cleaned up or forgotten about in another news cycle or two.

But that may be a very old-school way of looking at the situation. (It’s hard not to notice that most of the people complaining about what he did are indeed “old” or “old-ish.”) The fact of the matter is millions of people, most of them young adults and younger, don’t give a flying fig about Brian Williams or the broadcasters’ nightly news programs or television news in general. They care only about what they read on Twitter and what they see and hear when they watch the comedy program “The Daily Show with Jon Stewart” on Comedy Central. Those are their “trusted” news sources. (Even Stewart has expressed concern about this.)

Might the ratings for “NBC Nightly News” decline because of Williams’ behavior? Maybe so, but only among older viewers – generations that still value integrity in media and aren’t afraid to speak up about it. Broadcasters don’t care about them anyway, in part because they are not the future, and also because of bone-headed notions put forth by Madison Avenue that old folks don’t shop for anything or like to spend money.

Some truths about the age we live in will work in Williams’ favor. For example, by the time this situation subsides more people will be aware of Williams and his work than ever before. In fact, ratings for his program might actually increase. That is the way of the world today. Further, Americans of all ages tend to forgive the transgressions of the well-off and well-known, assuming they care about the nature of the transgression in the first place and a proper apology is offered. So there’s that.

And then there’s this: Most people mix up a fact or five as they go through life and come to remember certain incidents and events in ways that aren’t 100 percent accurate. In other words, it may be that Williams is only human. The proof of personal integrity comes in admitting to making a mistake, apologizing to anyone who may have been offended by it and then carrying on, perhaps in a more careful manner. There are all kinds of ways that Williams and NBC News can proceed with this, as long as they are smart about it.

Where is Olivia Pope when they need her? Oh, right … She’s currently being held hostage in a fictional crisis that likely has many more people on edge than the fate of one of America’s most visible news anchors.