Brilliant "Bel-Air" Is a Fresh Take on "Fresh Prince" 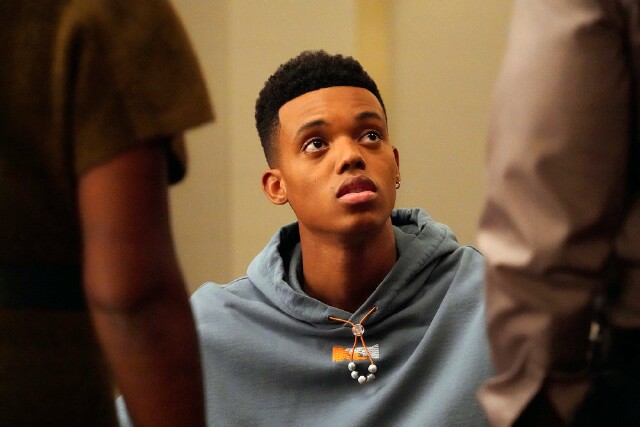 I don't know if it's because I've been hurt before, but to say that I had little to no faith in the Fresh Prince of Bel Air reboot, or any reboot for that matter, would've been an understatement. Don't get me wrong, I wasn't being a hater, I just love the original so much that I had zero faith in anyone who'd try to repackage such a classic. I mean, sure, we got lucky with the new The Wonder Years, but the original wasn't a groundbreaking primetime vehicle for people of color. Now, imagine a Family Matters reboot. See? It feels like something to be protective over. The point is, regardless of my preconceived notions, I saw the three-episode premiere of Peacock's Bel-Air, and honestly, it's shocking how good it actually is.

This incarnation of the series, which is now a drama instead of a sitcom, is obviously based on the original that was created by Susan and Andy Borowitz (who also worked on this version). However, it was developed into what it is now by Morgan Cooper, the writer and director who created the trailer-style short film of the same in 2019 that launched this project into existence. A little over a month later, a YouTube video was released featuring a very enthused Will Smith cosigning Cooper's "pitch video," and now said video has transformed into the framework for a version of The Fresh Prince of Bel Air that took the characters we all knew and loved and gave them much more realistic and darker lives than their Nineties counterparts, while somehow maintaining the true essence of the classic.

Bel-Airstars Jabari Banks (pictured at top) as Will Smith, a 16-year old rising high school basketball star in West Philadelphia. He gets into an altercation with a menacing drug dealer named Rashad (played convincingly by Philly battle rapper Eazy the Block Captain) during a basketball game at the park and ends up pulling a gun on him. Before anything else happens, Will and Rashad are arrested, and then, because of a not-yet-introduced Uncle Phil pulling strings in the background, Will is released the following morning, no questions asked, without even seeing a judge. Unfortunately, this makes Rashad think Will's a snitch, and he puts a price on his head on the streets of Philly. For Will's safety, his mom Vy (April Parker Jones) immediately flies him to Los Angeles to live with Auntie Viv and Uncle Phil 2.0 (played by Cassandra Freeman and Adrian Holmes, respectively), where he befriends a rideshare driver named Jazz (Jordan L. Jones), and meets the Banks' house manager, Geoffrey (Jimmy Akingbola). The rest of the show pretty much takes off from there.

What's interesting about Bel-Air isn't so much what was changed, but how it was changed. Geoffrey, for example, was the first character that I was like, "Oh shit. He's cool now!" And for the record, G was always cool, but originally we had to find that out later, whereas G 2.0 wears all his cool right on the surface, right alongside that "butler" to "house manager" title upgrade. Aunt Viv seems like a modern combo of the two classic Aunt Vivs, exuding both class and some of that leftover Philly Swag from back in the day. New Uncle Phil is still a bald, commanding, legal type, but now he's fit, treats Geoffrey as more of a friend then an employee, and has swapped that jazz he used to love for Nineties hip hop. Hilary (Coco Jones), is well, still Hilary. She's still fabulous as ever (her valley girl persona has been swapped for that of a modern-day Black woman) and while she still can't get a job, she can now cook.

This brings me to what I think is the most interesting character alteration in the entire project: Carlton. You see, everyone else I've mentioned -- Vy, Jazz, Phillip, Vivian, Hilary, Ashley (Akira Banks) and even Will -- all basically capture the spirit of who their original sitcom counterparts. They sometimes even capture the actual tones of their respective voices. Jazz is cool, Phillip is authoritative, Ashley's cute, and so on and so forth, but Carlton, on the other hand, took a hard left turn. The innocent, goofy-dancing dork who was unpopular long before his cousin showed up doesn't exist anymore. Now what we've got is a Carlton who has predilections for prep school, power and powders, while also being a star on Bel-Air Academy's lacrosse team. His thing is no longer the "being the butt of the joke" kind of lovable corniness that we're used to. Rather, it's the kind of corny that makes someone who has a lot of pull push their own cousin (who can't even swim, mind you) into a pool at a party during his first night in town. It's the kind of corny that makes you not want to chill with someone like that because they're a wack person to be around. Carlton is definitely that guy, and one of the bad guys in the show right now, but I guess when you take all the "wacky" out of a "wacky" feud, all you have left is actual aggression.

I think the idea here was to try and create people who felt like actual people, and they did that. For me to ingest a version of young Will Smith's classic sitcom persona from someone else, I was going to need more than just making that guy sixteen again. His world had to feel real, which it does. Bel-Airis gritty, and grounded, and has kind of a Euphoria-ish vibe to it. I mean, there's no heroin, but Carlton is addicted to Xanax. There probably won't be any graphic nudity, but everyone does cuss pretty regular, enough so that all the dialogue feels hyper-organic because, let's face it, in real life everyone has a dirty mouth.

The cartoonishness of the past is definitely gone, and the stuff playing out before us has real weight to it, and not just that very-special-episode kind of weight, either. Even the soundtrack is up-to-date and straight up full of bangers. I mean … I am beyond pleasantly surprised. Bel-Air is so much more than just a reboot, it's a new chapter in the legacy of a groundbreaking piece of television history, and I'm looking forward to watching the Fresh Prince of Bel-Air get crowned all over again.