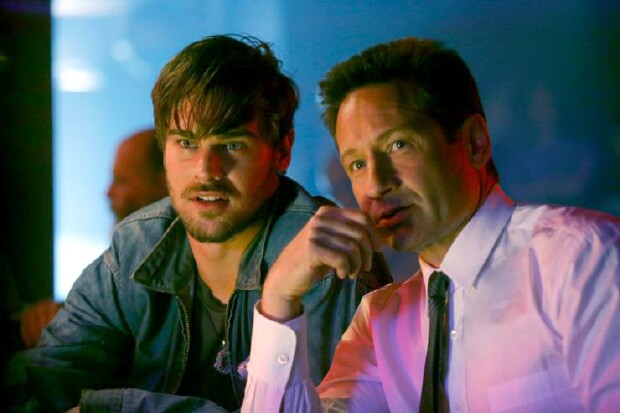 It’s the first week of summer, and didja notice? Something rather remarkable happened last night. CBS, NBC and ABC offered three hours of original series programming. Further, Fox’s two hours were filled with original shows and one-half of The CW’s two-hour primetime block was occupied by a brand new episode of a long-running series.

Darn you, CW. If both hours of your last night had been scheduled with originals I think some kind of record would have been set. There would have been 13 hours of all-new primetime broadcast series programming across five networks on a summer night.

Instead, we got 12. Maybe we’ve been there before, but I can’t recall when, especially if I'm excluding live sports programming from consideration. Maybe we will see this again (perhaps next Thursday?) since all of the shows in all of those time periods were episodes of ongoing series.

I’m not sure I would even have noticed this bizarre summer occurrence, the likes of which was once thought improbable if not impossible, had I not been reading a paper copy of the New York Post, something I rarely do. When I saw the Post’s TV grid on its back page with a huge yellow area comprised of small time-period blocks at the top, and then recalled that blocks colored yellow indicate that the programs appearing inside them are new, I took a closer look and realized that history was quite likely being made. So, three cheers for the traditional newspaper on newsprint experience, which once again proves to be more readily informative than its digital counterpart.

All excitement aside, I don't mean to suggest that the 12 original programs seen last night represented the very best that broadcast has to offer.

CBS presented an installment of its surprisingly durable mindless summer staple “Big Brother.” That was followed by two episodes of its sci-fi series “Under the Dome” (pictured below) kicking off its third season (and adding Marg Helgenberger to its cast). 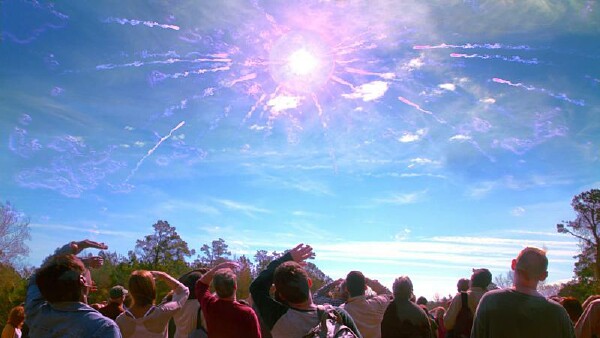 NBC served up a new “Dateline,” followed by new episodes of its ambitious adult drama series “Aquarius” (pictured at top) and “Hannibal” -- both of which, I hate to say, would have worked much better on cable, but the network deserves credit for trying. NBC this week announced that the latter would not be renewed for a fourth season, which has sent its fans (known as Fannibals) into a social media frenzy.

Fox offered the premiere of yet another silly reality competition series, this one titled “BOOM!,” and a fresh episode of its ever more interesting oddity “Wayward Pines.”

The new show on The CW was an episode of the inexplicably long-running “Beauty and the Beast,” which was recently renewed for a fourth season.

Again, all of these series running on the same summer night must have represented some kind of record for broadcast entertainment, if not in total than for the number of new scripted hours featured on the five networks across one evening. (Consider: At 9 p.m. CBS, NBC, ABC and Fox each ran a new episode of a scripted drama.)

Since I began covering the TV beat some 25 years ago almost everyone I have met in or around the business – including critics and advertisers – has called for just such an advancement. There should be original primetime programming on the broadcast networks all year long, they have insisted. I’ve been known to say that, too.

And now here we are -- in a summer so stuffed with new series and returning “favorites” on premium cable, basic cable, streaming and satellite services and PBS – that a night almost 100 percent full of original broadcast series programming across the five networks went all but unnoticed.

Original broadcast series programming in the summer is nothing new, and it isn’t always easy to justify, as CBS demonstrates year after year by enjoying higher ratings for reruns of “The Big Bang Theory” and the shows comprising its burgeoning “NCIS” franchise (and, previously, its “CSI” franchise) than for original shows.

But still, now more than ever perception is everything, and the perception last night was one of the broadcasters embracing change and moving forward. What’s next?