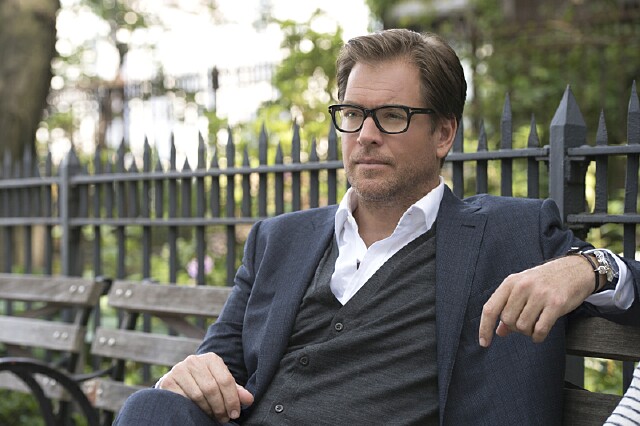 The first few weeks of the 2016-17 television season have been surprising not so much for their failures as their successes. For example, CBS – widely criticized by the press in recent months for an uninspired freshman class filled with the sort of programming that the legendary Brandon Tartikoff once dismissed as “cookie-cutter” and for a rather startling lack of diversity in the lead roles of those shows – is smiling all the way to ratings central. Its dramas Bull, starring former NCIS supporting actor Michael Weatherly (pictured at top) and based on the early career of Dr. Phil McGraw, and MacGyver, a reboot of the 1985-92 ABC adventure series winningly cast with Lucas Till (a co-star of several recent X-Men movies) in the title role, are arguably the two new series that are doing the most to help their network right now. (Close behind is ABC’s Designated Survivor, which I would describe so far as a “quiet success.”)

Meanwhile, CBS’ widely panned new Monday comedies Kevin Can Wait and Man with a Plan – the kind of uninspired sitcoms that I thought were only distantly visible in our culture’s collective rear-view mirror -- are doing just swell. I understand the instant popularity of Bull and MacGyver -- even if they aren’t shows that I appreciate -- but I cannot begin to explain how these two comedies achieved sudden success. I can only marvel at CBS’ skill at defying expectations while steadfastly behaving like a traditional broadcast network and continuing to come out on top.

The other new drama that is enjoying critical and ratings success – and is the biggest buzz builder of all new freshman series this fall -- is NBC’s sublime family drama This Is Us.  As in its magnificent pilot this series continues to play with time and subvert sequential storytelling without ever feeling forced or gimmicky. It has been reported that This is the top new broadcast drama among adults 18-49, the demographic advertisers wrongly continue to value above all others. I could care less; I should hope NBC would keep This going even if its audience were older.  Like The Good Wife, The Blacklist and the many ABC series produced by Shonda Rhimes, This is the kind of risk-taking entertainment that is keeping broadcast drama competitive with cable and streaming. 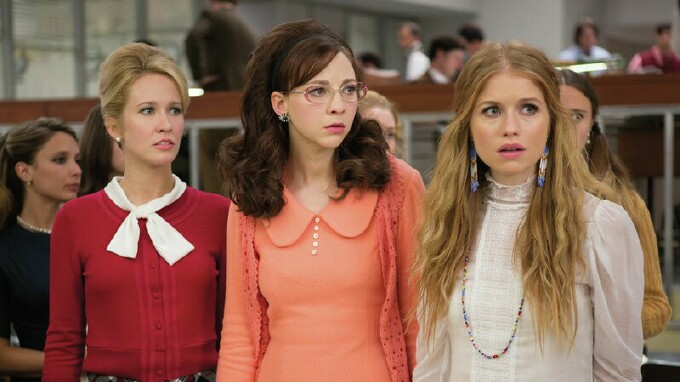 On the subject of streaming, Amazon’s Good Girls Revolt (pictured above) is easily the season’s most rewarding new series in that arena, though many would argue that Marvel’s Luke Cage, on Netflix, is similarly sensational.

I respectfully disagree; Luke Cage might have felt like something brand new had it premiered before both seasons of Marvel’s Daredevil and the first season of Marvel’s Jessica Jones, but when compared to those shows it feels sluggish and unremarkable, with perpetual plot developments one can see coming hours before they happen. Mike Colter, as the title hero, is as commanding here as he was when he introduced the character on Jessica Jones (and when he portrayed the lethal drug kingpin Lemond Bishop on The Good Wife), but the supporting characters in Cage are not as vividly drawn as those in Daredevil and Jones. Of most concern, its first 13-hour season is, like almost everything else on Netflix, at least three hours too long.

Good Girls Revolt, on the other hand, pulses with life – and it shows that there is still plenty of entertainment to be had in further exploring the time period in which much of Mad Men took place. Set in 1969, it is a smart, sexy and colorful light drama about young female researchers seeking equal treatment and respect while working in the male-dominated newsroom of a major newsweekly.  It is engaging and insightful, especially in its rewarding presentation of women who aren’t afraid to challenge the tone of their times and assert themselves at work and in their relationships. 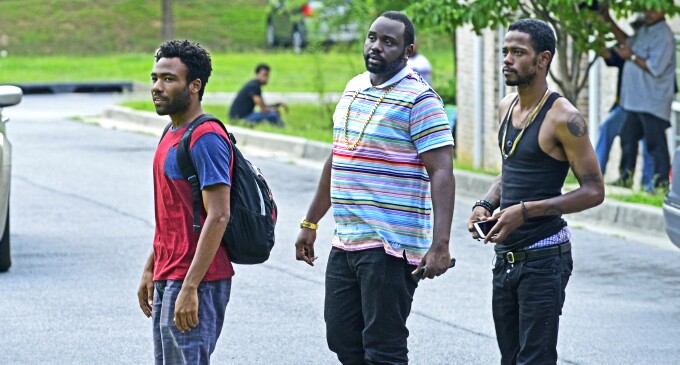 Over in cable we have had the emergence of the best new sitcoms of the season, if not the year, in HBO’s trippy High Maintenance, which features a different set of characters in every episode connected only by the presence in their lives of the same drug dealer, and FX’s Atlanta(pictured above), about poor African Americans in the title city trying like hell to survive their lives and maybe get ahead.

Like the dramatic HBO limited series The Night Of earlier in the year, the unassuming High Maintenance has caught on as a must-see signature series for the cable giant, with far less advance fanfare than other new series it has debuted this year, including period drama Vinyl (since cancelled), science-fiction/western hybrid Westworld (despite its perpetual violence a slow-moving saga about artificial intelligence not yet run amok) and the comedies Divorce (a dramedy about marital misery starring Sarah Jessica Parker, who is also an executive producer) and Insecure (featuring one of the breakout stars of the season, Internet sensation Issa Rae). Who would have thought a disjointed comedy about the misadventures of a pot seller would be more rewarding than shows from Martin Scorsese (Vinyl), J.J. Abrams (Westworld) and Sarah Jessica Parker? But that’s the way it is. Maintenance is a marvel.

As for Atlanta, not since the Norman Lear classic All in the Family (and some episodes of Lear's Good Times) has a comedy reflected with such unapologetic realism the challenges people face when they have little or no money – a situation most television writers and show-runners choose not to touch, and an issue far greater today than it was back then, when even people with exceedingly modest incomes could maintain modest homes and feed their families. But Atlanta is something more, at least in most episodes, somehow finding distinctive humor in an uncomfortable environment where life isn’t very funny at all. This show has already earned a place in television history as the first advertising-supported series to drop F-bombs with authentic abandon.  Frankly, at this point the show would feel utterly fraudulent without them.