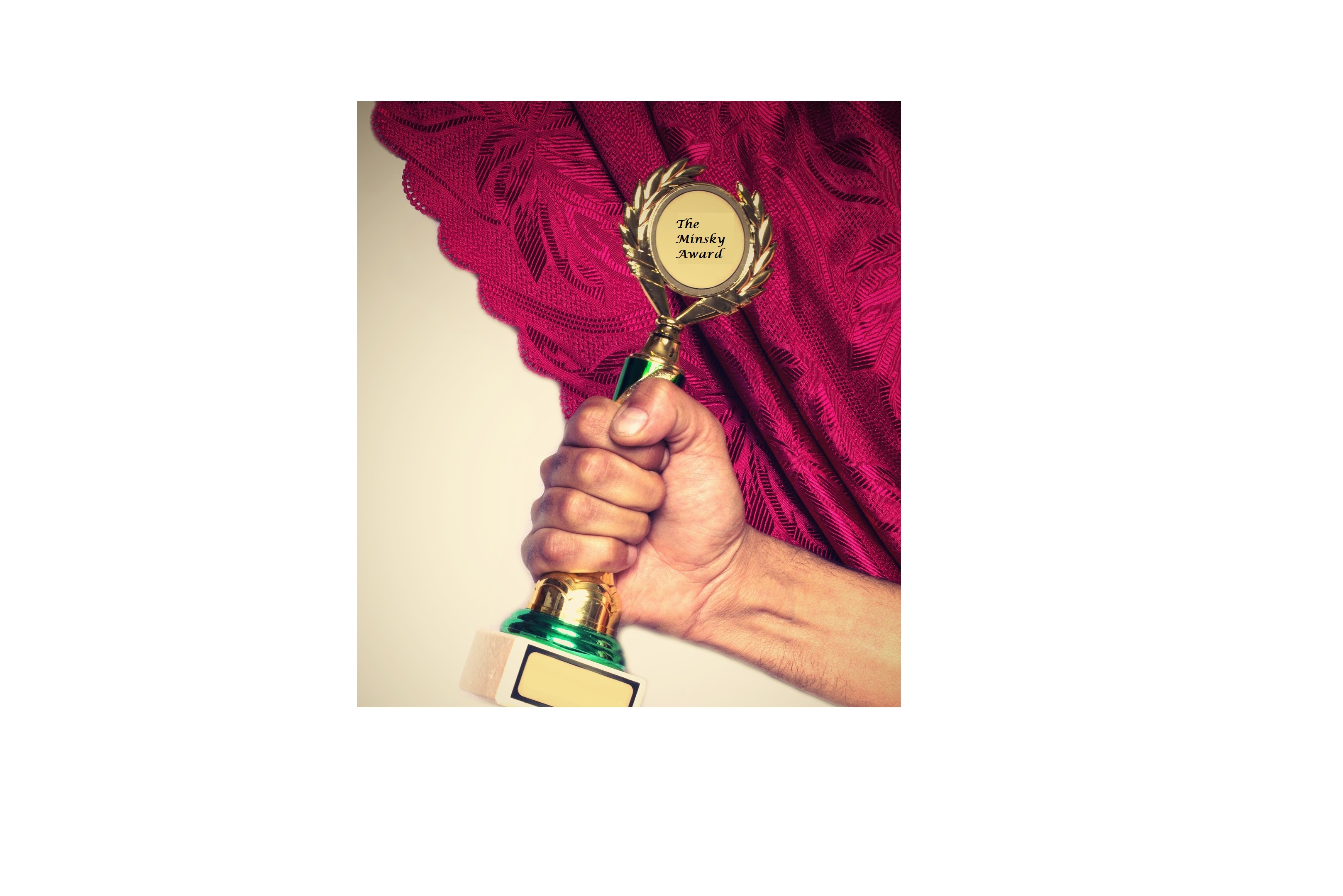 I almost skipped this one. Let's face it, 2020 is a year that most of us are going to want to blot out of our minds. Even Party City has released an FU-2020 party banner. If the Men in Black memory eraser had been released this year, it would have been a shoo-in for The Minsky. Alas, it wasn't. Or was it and I just don't remember? Either way ...

One thing swayed my decision to move forward this year; the universal belief that 2020 was the apex year of digital transformation. Not only has the pandemic accelerated digital adoption and usage, but we were able to have a functioning economy thanks to technology -- albeit with a lot of pain for a lot of people. Yes, there is a ton of suffering, but just imagine how even more disconnected and how much worse it would have been and would continue to be without the technology to keep us together, to keep the supply chain going and to keep our children educated even when they couldn't be physically together.

I started this "bragging rights only" award in December of 2013 on my Facebook wall, just for shits and giggles. Since then, it has become the most highly anticipated announcement of the year with maybe the exception of the Nobel Prize. Ok, so that hasn't happened. But every year, it does generate some of the highest numbers of comments of my Facebook or LinkedIn posts. The award name is not as narcissistic as it sounds. It's an homage to my beloved grandfather, Abe Minsky (z"l), who set my career in technology and marketing in motion when he gifted me an Apple II computer for my Bar Mitzvah.

The criteria for the award is fairly straightforward. It has to be something that is a game changer. It should be something that has high utility and that will likely be part of our collective lives at scale in the foreseeable future. It has to be accessible and not a beta product or right out of Kickstarter. Most importantly, it has to bring us closer to a vision of a digital future.

In 2020, we were reminded that no matter how cool our technology can be and how bright innovation can shine, it is still all about the basic necessities of life. Regardless of how excited you may have been about the latest iteration of AirPods, Google Hubs or Amazon Echos, it was toilet paper, paper towels, soap, napkins, hand sanitizer and disinfectants that mattered.

We have also been given a huge wake-up call on the importance of friends, family and social engagement with others. The Canadian writer and urbanist Charles Montgomery writes, "As much as we complain about other people, there is nothing worse for mental health than a social desert." This year has strained our mental health, but thanks, in small part, to this year's winner we haven't broken.

The winner of this year's Minsky Award for Tech Innovation, for the first time since I've been doing this, is not a hardware product. There were a few contenders in that space, but they were all iterative. The Oculus Quest 2 -- the sequel to last year's winner -- is most definitely a step up in visual quality and design, but not nearly enough to warrant a second crown. The Xbox Series X and PlayStation 5 are both contenders, but I haven't had the chance to get my hands on one and, frankly, as I believe this will be,orshouldbe, the last set of consoles, it's more of a coda than a breakthrough. The Apple AirPods Max might have been a consideration if I was willing to miss a car payment. I wasn't. 5G phones could one day pick up the prize, but 2021 and 2022 will be the years of 5G, so let's not get ahead of ourselves. New versions of Amazon Echo and Google Home look and sound better, but again, iterative.

This year in technology it was the apps that brought it. In a year when we craved escape and distraction, we had more than enough options: TikTok, Disney+, HBO Max, Peacock, Apple TV+, Twitch, Snap ... a case could be made as to why each of these could and should be this year's winner. But none of them had the social impact and benefit of the ultimate winner.

Zoom. In a matter of weeks, this video chat app went from a nondescript, eight-year-old app to a verb and brought us, finally, into the age of The Jetsons which for many Boomers and Gen Xers has been the North Star of technology, along with Star Trek. Until this year and Zoom, the idea of an everyman, like George Jetson, conducting business with his boss, Cosmo Spacely, was fiction. Yes, we've had Facetime and other video chat apps, but it was never socially acceptable nor practical to conduct most of your work-life on a screen. That has all changed now; and it will never go back, fully, to the way it was.

Zoom kept us as closely together as we could safely be. It forced older generations to hop on the video chat train, but in a way that, mostly, they could understand (after explaining to your parents on how to position a camera so you weren't staring at ceilings). It also spurred extremely creative ways of bringing us together, whether it was "Zoom drinks" or "Zoom conferences" or even bringing extended families together for Zoom graduations, weddings, confirmations, or just family reunions. It spurred contests for best Zoom filters or coolest Zoom backgrounds. Zoom kept us from Montgomery's social desert.

But Wait, That's Not All ... How has last year's winner been faring?

Last year, the Oculus Quest, the first standalone six-degrees-of-freedom VR headset was crowned winner of The Minsky. I cannot stress how the Quest personally saved my spirit throughout the early part of the pandemic. While many of you, including my oldest daughter, were fiddling around with sourdough recipes (thank you Maya), I was exploring the outer edge of black holes, taking walks on a different beach every night, having deep conversations in Bigscreen with fellow avatars about real social issues, fighting zombies to get out my aggression, watching SpaceX launches on giant IMAX screens with hundreds of fellow space enthusiasts, and playing Beat Saber with friends and family across the globe. No, it is not the same thing as true in-person, pre-pandemic life. But it is a way for a few moments each day to escape or to connect with fellow VR enthusiasts.

A year ago, the Quest sold out all available inventory during the Q4 Holiday season. Then the pandemic hit China and headsets throughout Q1 were impossible to get. By April, the supply was back. Facebook released the Oculus Quest 2, more powerful and less expensive, in September. During Facebook's last quarterly earnings call, Mark Zuckerberg announced that Quest pre-order sales were 5x that of the original Quest. In fact, the Quest 2 has sold out this holiday season. Reviews were very positive.

Virtual Reality is here. It is not yet at consumer scale, but it does appear to be heading in that direction, and it is time for brands and agencies to take notice.