But Wait, That's Not All ... The Garden (aka Madison Square Garden) 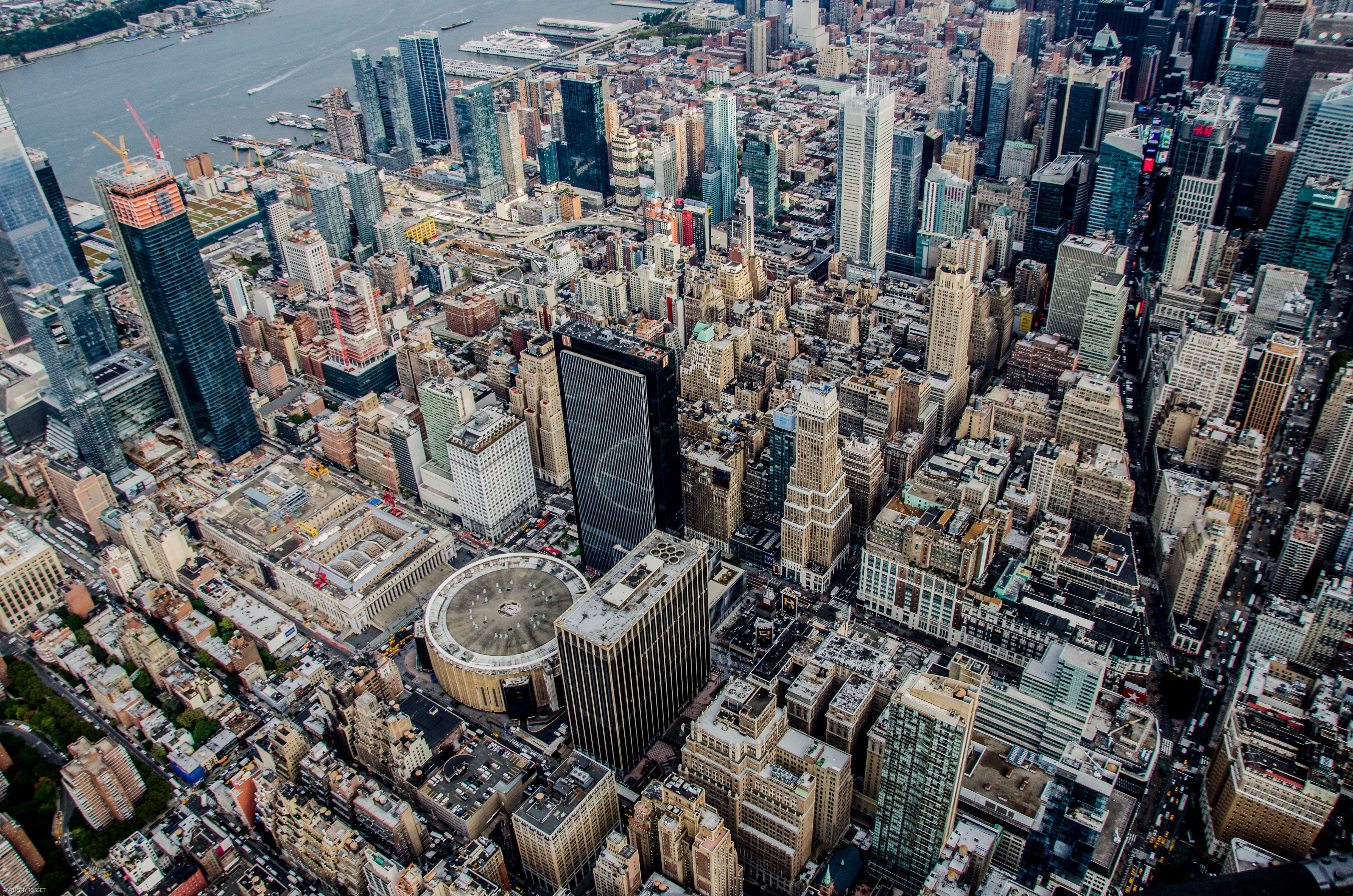 It's not exactly an architectural marvel. In fact, its very name is oxymoronic as the building itself is round or oval, not square as its name to the uninformed might imply. The venue itself sits on top of a major hub where millions of commuters each year start and end their day looking up at the gigantic front sign to see if there is an event that night or upcoming for which they may have an interest in attending. More than a few of those commuters go to their jobs in our beloved advertising and media industry.

Through the years I have been privileged to attend many events at Madison Square Garden, whether as part of a night out with business colleagues or with friends, or as often occurred with business colleagues who became friends. Growing up in Texas, as I imagine it was for anyone who grew up outside of New York City, the Garden took up a mythos all on its own. It falls within the category of institutions, such as the Statue of Liberty, Times Square, the Empire State Building and the Brooklyn Bridge as not only must-see tourist attractions, but the mere mention of it conjures up sights, sounds and smells of New York City.

History has been made in the building. On March 8,1971, the "Fight of the Century" between heavyweight champions Joe Frazier and Muhammad Ali, the first time two undefeated heavyweights had boxed, took place. In 1985, WrestleMania held their inaugural event at the Garden. John Lennon's final concert took place at MSG and numerous benefit concerts after 9/11 and Superstorm Sandy were held there.

When I think of the Garden, I think of the many Knicks and NY Rangers games that I have (mostly) enjoyed. I think of seeing Aerosmith, The Who, Sting, Billy Joel (a few times) and one of my favorite bands, the Eagles, reuniting for the "Hell Freezes Over" tour. I think about how my wife and I were in a suite at MSG for The Grammys in 2003.

For the advertising industry, Madison Square Garden and its surrounding bars and restaurants is (and will be again post-pandemic) a place to gather and run into industry friends and peers. What Pershing Square is to breakfast, what Michael's is for lunch, the Garden is to the evening, when NYC really comes alive. Rarely was there an event or concert that I attended at which I did not run into some former colleague or sales representative with whom I had worked or was currently negotiating with who was entertaining their clients, building the bonds upon which trust and friendship that powered the media industry for decades were built. Many a media deal has been sealed or celebrated either courtside, by the glass or in a corporate box.

So why all this nostalgia about Madison Square Garden? Last week, I read an article in Ad Age that said that in 2020, over 20,000 jobs were lost in our beloved industry across the major holding companies. That doesn't even account for small-mid tier independent agencies, creative boutiques or specialty firms. It also doesn't encompass the total number of media sales professionals that have been let go, both because of COVID-19 and because of the shift to programmatic. When I saw the number 20,000, my mind flashed to the seating capacity of the Garden which is 20,789. In one year, we have lost more than a filled-to-capacity full venue worth of jobs; many of those our present or work colleagues, our friends.

Make no mistake, the emotional toll of being laid off, especially at a job in which you've dedicated a good portion of your life, is devastating in a way that words cannot convey; multiplied by the toll of financial responsibilities of family, mortgage, college loans and more that many bare. Economic cycles and moments brought about due to unforeseen circumstances, whether it be a large account loss or a pandemic, also bring emotional pain to those having to make the decisions on who to lay off. They are not easy decisions. The people that have to make those decisions know that they are changing the course of the lives of their colleagues and friends. Heavy is the crown.

We do come out of these economic cycles and pandemics do end. As we seem to be looking forward to a year of economic stimulus, a return to a "more" normal world, and one that looks fairly optimistic, now is the time to step up and help those who have been impacted. If you did not lose your job in 2020, then the way to pay gratitude for that is to help someone who did. Pay it forward.

Some have found new gigs. But many have not. And, in a world of DSPs and SSPs, the fact is that a sizable amount of those very smart, talented and experienced people may not find the same kind of roles that they have previously held. Yet, their contributions to the industry demand from the rest of us that we take action to help them, whether it's upskilling, networking or just being a compassionate human being with whom to speak. I have been there and am grateful for those industry friends who helped me through those times.

Over the past week, I've had a few companies reach out and let me know of roles that are available. It's a good feeling to help my friends and pay it forward. If you know of a role, post it on Facebook or LinkedIn or reach out to me. I look forward to seeing many of you soon at a Knicks or Rangers game at the Garden.