Cable Networks Step Up and Take TCA by Storm 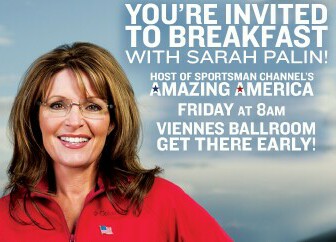 Pasadena, CA -- If nothing else, the Winter 2014 Television Critics Association tour will be remembered for the three sensational days put together by CTAM that showcased the upcoming programming of more than 30 basic and pay cable networks. What's more almost every one of those networks stepped up its game, delivering compelling panels, interesting guests and well-produced social events that allowed the more than 200 critics and reporters here as much time and opportunity as they could possibly want to conduct interviews, talk with executives and publicists and screen many of the most exciting programs scheduled to premiere during the next few months.

It might not seem so special for the cable days of a TCA tour to maximize the potential that "real estate" at this twice-yearly media event can provide. But in recent years cable's overall presence at TCA gatherings has been sketchy. Certain mainstays such as HBO, BBC America, Starz and Hallmark Channel have been unwavering in their support and their dedication in making every moment of their TCA time count. But many others have been touch and go, sometimes staying away from TCA for a year or more.

Apparently there has been a shift, some credit for which has to go to the hard-working TCA board of directors, who work tirelessly to put together this giant puzzle of constantly moving parts far enough out in the future to allow for journalists and all other participants to work it into their schedules. Also, some of the dead air that has compromised the cable portions of TCA tours in recent years came about when many of the cable networks moved their TCA presentations into the days that are designated for their sibling broadcast networks. For example, Showtime now presents on one of CBS' days, ABC Family on one of ABC's days, and the networks of NBCUniversal Cable during NBC's days. TCA favorite FX Networks now has a full day to it itself during the two days reserved for Fox. (FX Networks communications chief John Solberg and his team did their usual outstanding job of putting on a day's worth of valuable panels.) Read Ed's FX Networks TCA commentary here .

But that dead-air void was replaced this time with fresh energy and excitement. The level of participation during this tour by almost every major and minor cable network that matters and the quality of their presentations has many TCA members buzzing that if this keeps up it might be time for cable to reclaim a fourth full day at tours, which it years ago abandoned. In fact, there was already spillover this year, with HBO offering a screening of two of its upcoming series (the comedy "Silicon Valley" and the supernatural drama "The Leftovers") along with dinner on Wednesday night, and two newcomers to TCA – Revolt and El Rey Network – offering sessions on Sunday morning.

The full days and nights of cable activity on Thursday, Friday and Saturday featured better than average presentations by veteran participating networks and network groups (especially the Turner Networks, Discovery Networks, Viacom Networks, Starz, Lifetime, National Geographic Channels, BBC America and TV One) and many relative newcomers to TCA, which in addition to Revolt and El Rey included Pivot, Ovation, Sundance Channel, The Weather Channel, Sportsman Channel, BBC World News and UP. WGN America, which is hardly a new channel but is in the process of revamping itself, was also on the schedule.

Arguably the most memorable session from any of the newcomers was the Sportsman Channel breakfast featuring the always stimulating Sarah Palin, who despite her reputation for taking shots at the "mainstream media" seemed to win over the room as she spoke with unbridled enthusiasm about her upcoming reality series "Amazing America with Sarah Palin." She went so far as to invite each and every critic in the room to visit her home in Alaska and go hunting or fishing with her family.

Sundance Channel, which in the last year has delivered several series that landed on most critics ten best lists and has become one of the most eagerly anticipated participants at TCA tours, brought out the creators of its drama series "Rectify" (a favorite of most critics here) and the cast and creators of its new drama "The Red Road." Ovation devoted its session to the upcoming reality series "The Fashion Fund," which is sort of an upscale "Project Runway" starring Vogue editor Anna Wintour (who did not attend TCA). The Weather Channel produced former "Good Morning America" weatherman Sam Champion to talk about his new role at that network. In its second time out at a TCA tour UP had sessions for its established series "Bulloch Family Ranch" and three upcoming movies, including one starring Valerie Harper, whose TCA appearances now span five decades. Critics were thrilled to be able to spend time with her again. They applauded after she reminded them that she wasn't supposed to live past Easter 2013. Harper was energetic and outgoing and said she is feeling very good. Her cancer, she reminded the critics, is terminal. "But," she added, "Aren't we all?"

The outstanding events during the cable days were a party Thursday night for the Discovery Channel miniseries "Klondike" (its first scripted project); a party Friday night for CNN (featuring almost all of its on-camera talent, including Anderson Cooper, Piers Morgan and Newt Gingrich); an afternoon courtyard tea on Saturday with the stars of several BBC America series (including "Orphan Black," another TCA favorite) and, that night, the annual Hallmark Evening Party at the spectacular Huntington Museum and Gardens, the highlight of every Winter TCA tour. At least two dozen stars from Hallmark series and movies were on hand to mix and mingle and promote their shows in grand style.