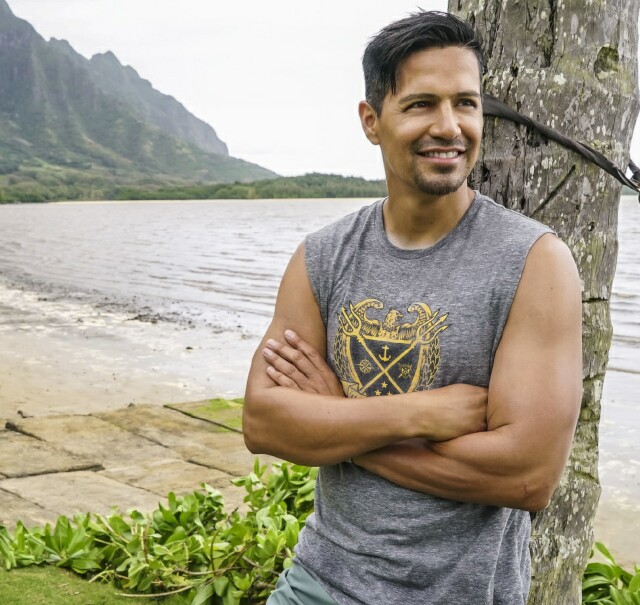 News of a proposed reimagining by CBS of the classic 1980’s series Magnum P.I. was largely met with bewilderment.  Magnum P.I. without its iconic star, Tom Selleck (still busy on CBS’ long-running hit Blue Bloods)?  The original series ran for eight seasons on the network, catapulting Selleck (along with his trademark mustache and red Ferrari) to international superstardom.  Why play with a tried and true formula that still enjoys life in global re-runs?

Given the success of the network’s Hawaii Five-Oupdate, and subsequent audience acceptance, it seemed like a good bet.  But with Selleck unavailable who could ever fill his signature Hawaiian shirts?  It’s a quandary new Magnum P.I. star Jay Hernandez also pondered.  In fact, his biggest obstacle in landing the role was convincing his mom that he could do it.  “I remember when I first broke the news to [her] … I took my time about having the conversation because she was a massive Tom Selleck fan and that's how I was introduced to the show,” Hernandez recalled during a recent interview with MediaVillage.  “We were enjoying a steak dinner and some wine, when I said, “Mom, I didn't want to say anything but I am telling you now because it's official, I'm doing Magnum P.I. Her response was, ‘Who's going to be Magnum?  Please tell me its Tom Selleck!’ I had to tell her it was me.  She really wanted Selleck back.  She still does, and keeps asking when he's doing the show.”

Hernandez still can’t quite believe he landed the coveted role, although the reality has seeped in.  “For me, one of the most ‘step back and pinch myself moments’ was two months before I got this opportunity,” he said.  “I was randomly flipping through the TV, saw Magnum P.I. on the guide, clicked on it  and there was Tom Selleck on a jet ski in the middle of the bay in Hawaii.  Two months later I found myself in the very same scenario shooting that same scene.  It was surreal to find myself in that same spot.  It was one of the first moments that it really landed on me that I was given the chance to play this iconic character.” 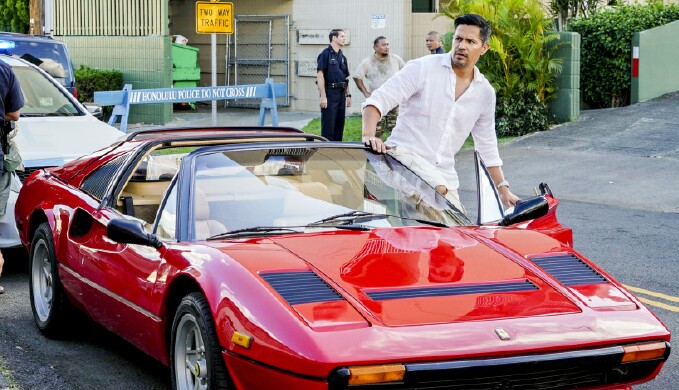 Magnum P.I. circa 2018 follows the exploits of Thomas Magnum, with this incarnation picking up as the decorated former Navy SEAL returns from Afghanistan and decides to use his military expertise to become a private eye in Hawaii.  Besides the familiar locales, scenarios and character names, Hernandez insists this re-imagination is vastly different from the original, as will be his portrayal of the character.

“Because there’s such a different direction for this character, I feel less burdened by the past,” he explained.  “I thought it was a really smart thing for casting to do something that felt really different.  Visually I don't have a mustache and that was something that Tom brought to the character.

“I thought they were dealing with that in the right way,” he continued.  “Coming in it was one of the things I was worried about.  Everyone has an opinion and I knew there’d be some sort of backlash, but I felt confident in the fact I could do this and it was enough of a different direction that there was less weight on me, so it definitely gave me more freedom.”

One glaring difference in the update is the character of Higgins, a major part of Magnum's original team and portrayed by John Hillerman.  "[Now] Higgins is Juliet (Perdita Weeks), a woman, so there's that dynamic between Higgins and Magnum that will be different," Hernandez said, stating the obvious.  "There's some relationship stuff that can be explored and be fruitful in terms of building the story.  Outside of that the main bones of what made Magnum P.I. unique, besides the charm, are all still there."

Hernandez would love to see Selleck (who has given the series his blessing) make an appearance, as “Tom” was the thing he said he loved most about the original.  “Looking back on it, it was his charm and charisma, and the ability of this individual to be attractive to both men and women,” Hernandez noted.  “Women wanted a relationship with him and men wanted to get a drink with him on the weekend.  He was just cool, and as a kid that’s something I responded to.  That red Ferrari didn't hurt.”

At the moment Hernandez has one convert in his corner.  “[Mom] saw the pilot and she's overflowing with pride,” he laughed.  “I think [she’s] a pretty good gauge as far as other people accepting me, although she was maybe a little bit of an easy sell.  Now she just wants to meet Tom Selleck.  That's the only thing, and if she does she will die a happy woman.”